Kenya will be Worse than Somalia if Ruto Becomes President, Cyrus Jirongo Warns 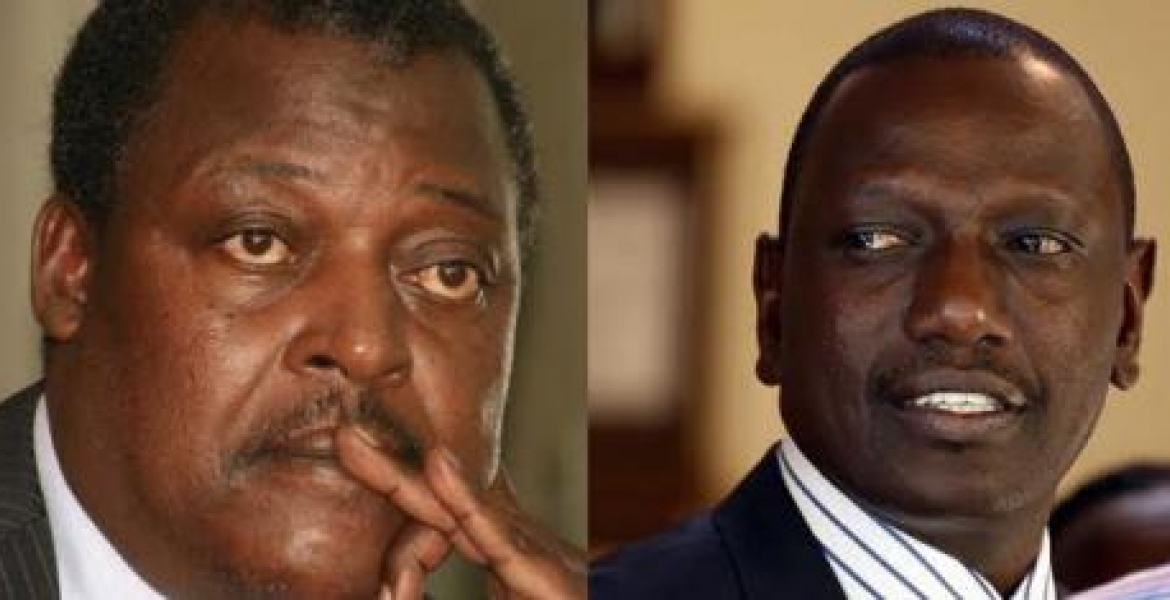 “It will be the worst accident to ever happen to the republic of Kenya because it will not even take a year before we become worse than countries like Somalia,” said Jirongo.

He added: "I don't think this is a person [Ruto], at whatever cost, should be given the opportunity to move anywhere near power."

Jirongo, who run for president in the 2017 elections, accused Ruto of practicing what he described as “criminal deception.” “Ruto is as deceptive and fraudulent as they come. That man is not human.”

He went ahead to reveal how Ruto allegedly conned him KSh1.2 million in 1992 after he awarded him a tender for the supply of t-shirts. At the time, Jirongo was the leader of the dreaded Youth for Kanu (YK) wing.

"William Ruto then, after the 1992 campaign, looked for friendship with me through Fred Amayo (a former government employee). I was a bit hesitant but they pushed very hard. I told Amayo that this young man you brought into my office and asked me to give him a contract to supply 10,000 T-shirts, you remember he did not supply the 10,000 T-shirts," stated Jirongo.

"Instead, he brought 1000 T-shirts and repeatedly brought the same T-shirts 10 times so I ended up paying him KSh1.2 million because a T-shirt then cost Ksh120. What he did was he tried and corrupt the young boys at the stores where he would deliver a thousand T-shirts and they give back to him to deliver again," he noted.

@Kenyans - now the owner of the “mtu wa mukono“ as Ruto proudly refers to himself, has spoken!

He just told you that Ruto conned him 10,000 T-Shirts - we are talking about clothes now, not even eggs or kitchen spoons/folks! Ruto have perfected his art of touchy/feely go a long time - mind you this was 1992 monkey business!

Then Jirango just stated the Ruto is not a human being - possibly some alien from the moon! Maybe Muteshi whose 100 acres Ruto stole can attest to what Jirango is stating!

Jirango likened Kenya to Somalia - very unfortunate but true - a truly dead beat country that even Duale does not like to visit.

Jirango further said Ruto’s presidency will be so bad that women and children will be wailing at the mention of the name “Ruto”! It will be Armageddon with Satan, the fallen Arch- Angel!

Kenyans - we had Hitler in Germany - but people had been warned but they ignored the warnings!

We has Mussolini in Italy but Pretty girls called him a very handsome man and gave him a pass - and ignored the warning!

We had milisovic in Sabia but they called him charismatic and ignored the warnings!

Next door in Uganda, they had Ida Amin Dada - killed many and ran away to Saudi Arabia!

Master Seargeant Doe of Liberia decimated Liberia and many died. Are you listening???

Bashir of Sundan is in jail after destroying the country with theft and corruption. He murdered many folks!

Now Ruto flew to Sudan in the cover of darkness to study how to reduce Kenya to the image of Sudan; while at the same time he brings back to Kenya Bashia’s old chicken so he can tell you it lays 10 million eggs a day when the treasury go on its knees!

He tried to bankrupt treasury with Rotich’s sucks of stolen money once. Shs 21 billion, while Rotich took 54 billion shillings.

Do we really need to play covertly stupid and naive for the second time? We haven’t even settled the Kimwerer/Arrow dans thefted cash yet!?

World over when calamity is about to strike a country, people ignite the warnings and end up deeply regretting.

Are we going to ignore Jirango’s mtu wa mkono after his Master have warned on Nation TV at Tony Gachoka’s point Blank?.

Wake up folks and take control of your destiny! Everything Ruto touches dies some un-ceremonial death! Be aware folks and stop sleeping on the wheel! Kenya’s safe future is in your hands, and not Ruto’s sticky hands!

Hah. Food for Maina. Dude if you are running the same brains as Jirongo then you gotta be running berserk. Do you really know who Jirongo is?

Kenya is number 8 in the world!
https://www.yahoo.com/finance/news/10-most-corrupt-countries-world-0501…

@kibigoyo - all the reason why Kenyans need to take control of their own destiny.

As Jirango put it that Ruto stole shs 1.1 million from him, Kenya May soon climb to corruption ranking # 1, should DP Ruto become the president in 2022. Ruto is just not the right man to lead Kenya now and in the distant future!

The current crop of politicians have no place of leadership to steer Kenya into a prosperous and economically viable future. We need a good and workable alternative to be found.

Let us all reclaim our beloved country back!