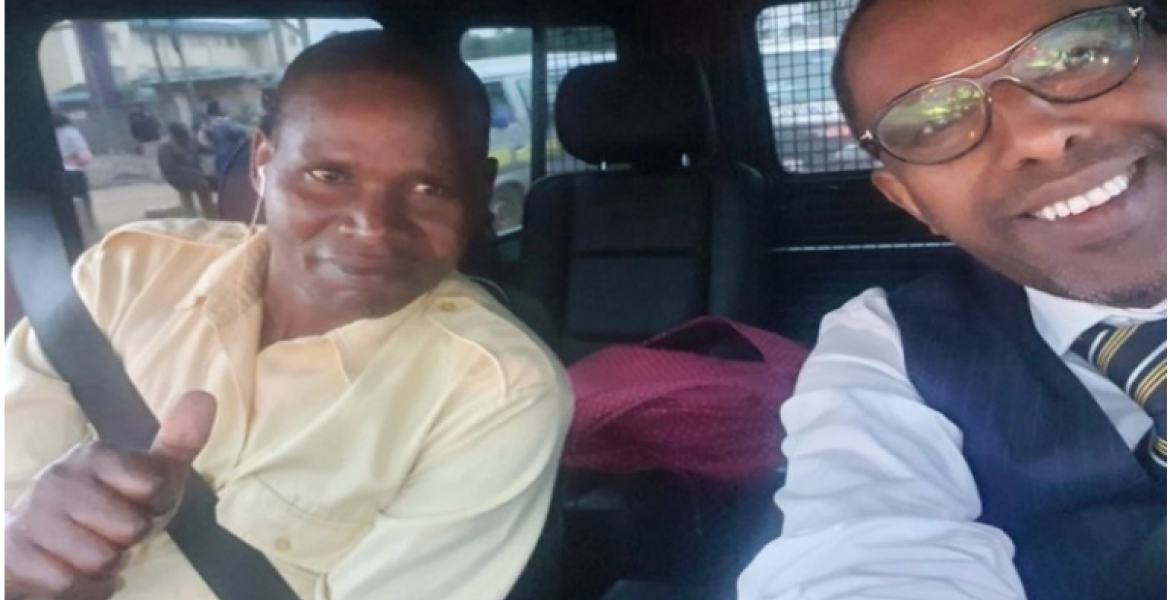 Nairobi-based lawyer Ahmednasir Abdullahi has pledged to give 1 million shillings to a man who works as a security guard for him to venture into self-employment.

Ahmednasir announced the move through Twitter on Thursday after he met the security guard on the street and gave him a lift. In a series of tweets, Ahmednasir said the story of the father of two touched him after he disclosed that he walks 15 kilometers to work and earns Sh12,000 monthly.

“Gave a lift to this hardworking Kenyan...he works as a security officer in Lavington and stays near Lenana school...he walks 15 kilometers a day...to work and from work...”

“He told me many things like his affection for Malcolm X.. the havoc the Sexual Offences Act has caused in the slums. "Justice Njoki made very bad law," he said...and then his family. He has two kids and he is very proud that "I buy every book the school asks my kids to get" he said.

Ahmednasir, a Senior Counsel, indicated that he gave the man his mobile phone number and asked him to visit him on February 15th, when he intends to surprise him with Sh1 million.

“He earns Kshs 12K a month...I shed tears when he told me about his 2 kids. When he alighted I gave him some money and he said: "my kids will have SOUP tonight"...I also gave him my phone number.

“I know we have millions like him but who said Allah can't help his servant through another one?” wrote Ahmednasir.

Signs of true leadership,however some of us if we go ahead and give our story too you will be shocked. I wish such well wishers are many, I have managed to bring up a family of 4and Allah is always on our side.

Why don't you do it without announcing?. . this is what.is called cheap publicity or maybe you have an eye for a seat in politics.

Ahmednasir - a very good act of kindness! I would suggest that you go an extra mile and get a business established for your new friend.

The watchman might have some problems economically managing the money wisely if you just hand him a cool Kshs 1,000,000.00

He probably have never seen that many zeros preceded by the numeral 1. Help the guy establish a start up business and regularly follow up!

Well said@ Maina. Imagine from nowhere someone with no plan gets amillion shillings...
Chances are high that the person might not use it wisely.With all those relatives,and children's education fund,buy land or house, that money is not much.Let alone for "meaningful" investment.
My advise to him or Mr Ahmednasir is to gather afew well wishers who will donate a million to this worthy cause .Ten donors in the pool would pull 10 million,100 in the pool would pull 100.million. I think 100 million is a better capital investment as opposed to one million. In the long run all stake holders would benefit.
As to whether Ahmednasir has ulterior motive, it does not matter.How many millionaire are there that are not willing to help anybody,but themselves.They have the capital,and wherewith all to help the needy.

Premature announcement. Some promises are lies..
Como se dicee? Promises are made to be broken and lies are meant to be kept.