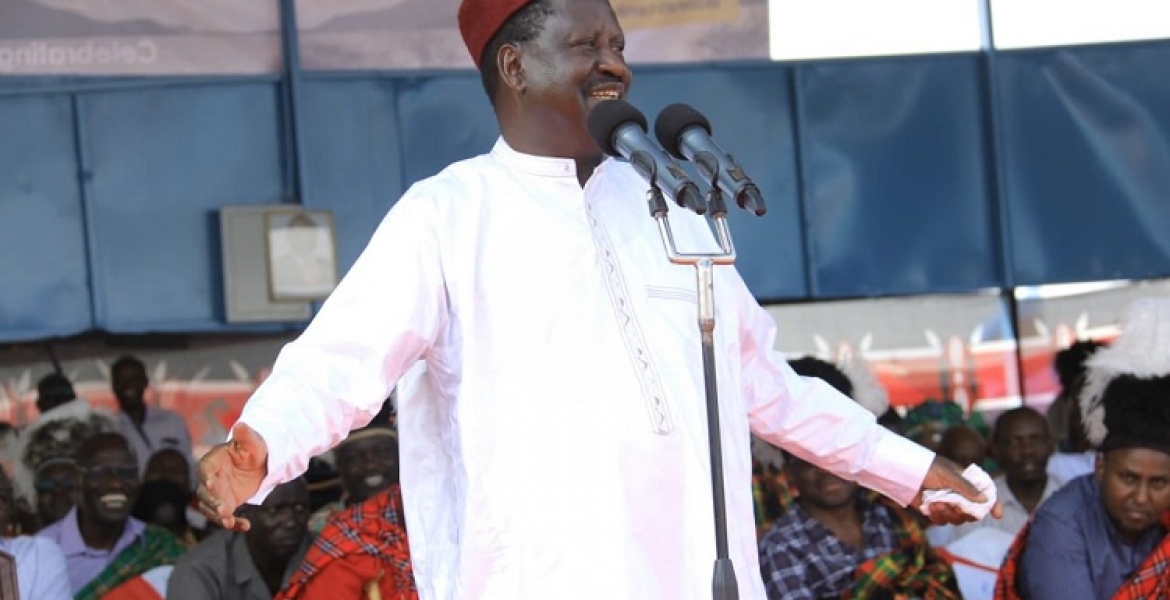 Orange Democratic Movement (ODM) leader Raila Odinga has rubbished claims that he tried to reach out to Deputy President William Ruto prior to his handshake with President Kenyatta in March 2018.

Speaking on Saturday during a Building Bridges Initiative (BBI) consultative forum in Mombasa, Odinga indicated that there is no way he could have tried to engage DP Ruto since he was not a presidential candidate.

“Look for you as who? There were only two candidates. You [Ruto] were not a candidate. If I was to look for anyone, that would be Uhuru. I did not reach for Uhuru. But that is the past,” said Odinga.

Odinga was responding to DP Ruto who made the claim during an interview with NTV on Thursday night. In a past interview, Ruto alleged that Odinga made a number overtures to him, both through phone and emissaries but he rejected the offers and informed the president about it.

“In fact on two occasions, we actually spoke on the phone when he (Odinga) sent some emissary and I could hear the trend, ‘Ooh you know…you can see the president has started appointing ministers.’ You remember when the President appointed the first six ministers and there was a bit of hullabaloo there,” said Ruto.

“I told him, my friend, you know, initially we were running a coalition, today we have a party, the president is the head of this party he does not have to consult me,” Ruto noted.

@ruto - I believe Agwambo! Raila is not the kind to look for Ruto; for what? Ruto is just playing Uhuru to let him know, see, my political love is only for you! And so you need to reciprocate come 2022. That’s all Ruto is saying in many parables.

Ruto would have teamed up with Raila had he been approached. Those were the days Ruto did not even attend the naming of the first few cabinet ministers because he wanted to chose “his” own CSs.

Oh yes, Ruto would have teamed up with Agwambo to put Uhuru in a political box. But Uhuru out-smarted him with the handshake!

He surely would have liked to team up with Agwambo as he is trying to team up na ule mtu wa katikati.

Huyu shetani mzee azime hio mdomo yake ya kunukia.The lord of poverty is again talking shit wanting a constitutional change so a seat car b created for him.Bure kabisa who listens to his stupidity