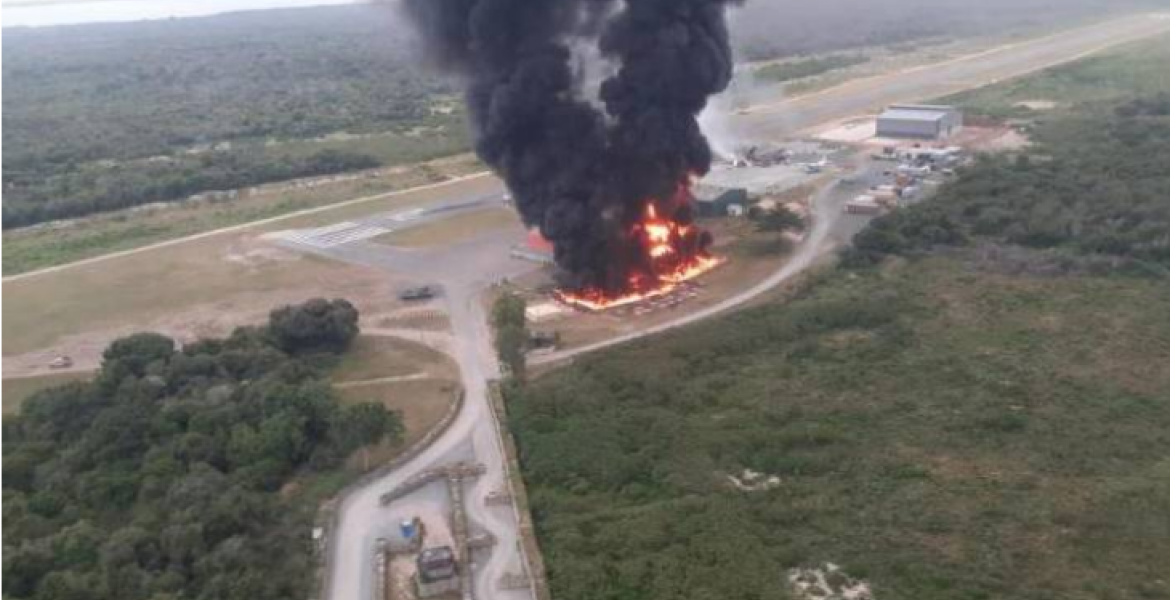 The New York Times, in a report this week, claimed that Kenya Defense Forces (KDF) officers hid in the bushes when armed gunmen stormed the camp, leaving their American counterparts on their own.

“The performance of the Kenyan security forces during and after the battle frustrated American officials,” The New York Times said in the article.

It added: "Many of the local Kenyan forces, assigned to defend the base, hid in the grass while other American troops and support staff were corralled into tents, with little protection, to wait out the battle."

One US military service member and two Department of Defense contractors were killed in the dawn attack while two other people were wounded.

Responding to the reports in a statement, Africom said the response by both US and Kenyan forces to the attack was “timely and effective and helped to “reduce the number of casualties and eliminated the potential for further damage.”

It added that five attackers were killed and several dozen were repelled. Africom also acknowledged that al-Shabab fighters “achieved a degree of success in its attack”.

“The attack at Manda Bay demonstrates that al-Shabab remains a dangerous and capable enemy,” General Stephen Townsend, US Africa Command commander, was quoted as saying.

On Thursday, Kenya’s military spokesman Colonel Paul Njuguna said that the New York Times article was not based on facts.

“It is strange where the news report is coming from and why at this time when we are waiting for the investigations to be concluded. We can only have a correct and factual account of the happenings once the report is finalized,” Col. Njuguna told Daily Nation.

How can they convince us a Fat Ass soldiers who can’t run sitting in an office sending drones is winning an ideological war with battle hardened ideology driven terrorists??!!!!

Can’t even win a propaganda war against Al shabab.

Kenyans better learn to run and hide. From the looks of everything Al shabab may not be winning but they are not losing.

Trump says NY Times, CNN and some others are fake news channels. For sure they are. Those are the same news stations that reported a mzungu was the first to see a black leopard in Kenya and the question was, were the locals blind? So who coached this mzungu and advised him where to mount the camera where he succeeded in capturing rare sighting of the black leopard? They should be exposed for who they are. Fake.