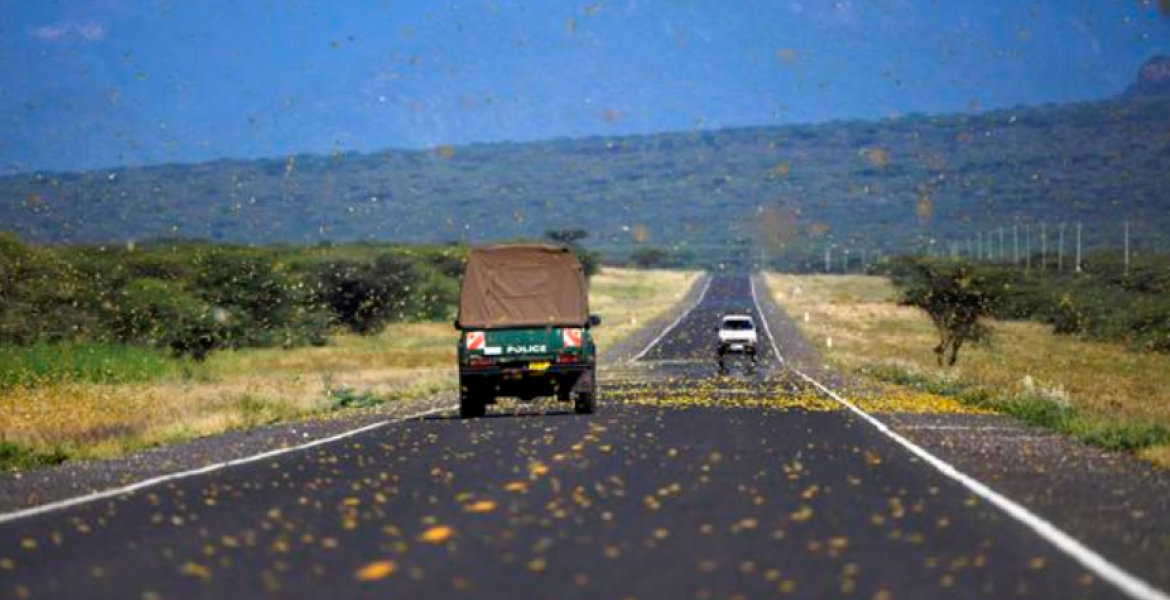 US-based media house CBS News is under fire from Kenyans on social media over its article on locusts invasion in Kenya.

On Saturday, CBS News published an article titled, Locust outbreak in Kenya is worst in 70 years: "Even cows are wondering what is happening." In the story, CBS News quoted a Kenyan identified as Ndunda Makanga narrating how the insects had destroyed farmers’ crops including sorghum, corn, and cowpeas.

The quote in the headline was drawn from Makanga but Kenyans online did not buy it, wondering how they managed to get the views from the cows. Below are some of the reactions from online users.

@OliverMathenge asked: “Did the Kenyan cows tell you so.”

@Okolowaka noted: “My cow was not interviewed & elects to distance itself from this report...this does not represent the viewpoint of all cows in Kenya.”

@gmwahome posed: “The current living cows were not alive 70 years ago! How many cows have you interviewed?”

@allhaggai wondered: “How did the cows express those views?” 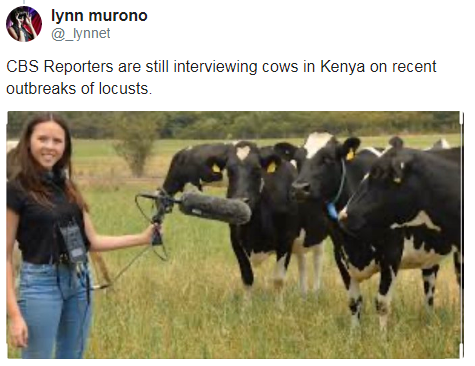 Com'n people! Haven't you ever Heard of "Just thinking loud!" or Animal body Language? This is what the CBS reporter respectively Did or Saw in his Observation of things in his Reporting. It could also be about the Reporter seeing (not hearing) the Cows' body Language as they Reactead to their Grass being Devoured by the Locusts infront of their eyes just like that. Even the Cow's Scampering for their Lives when Locusts land into their Grass territory is enough Body language to illicit the CBS way of seeing things.

Heard of tongue-in-cheek... again instead of having meaningful conversations on locust issue we are jokers. Find out how this can be prevented, talk to your legislators and demand action. Hope when crops are eaten and no food supply you will be asking reporters about shocked cows. Aiish Kenyans!!! K