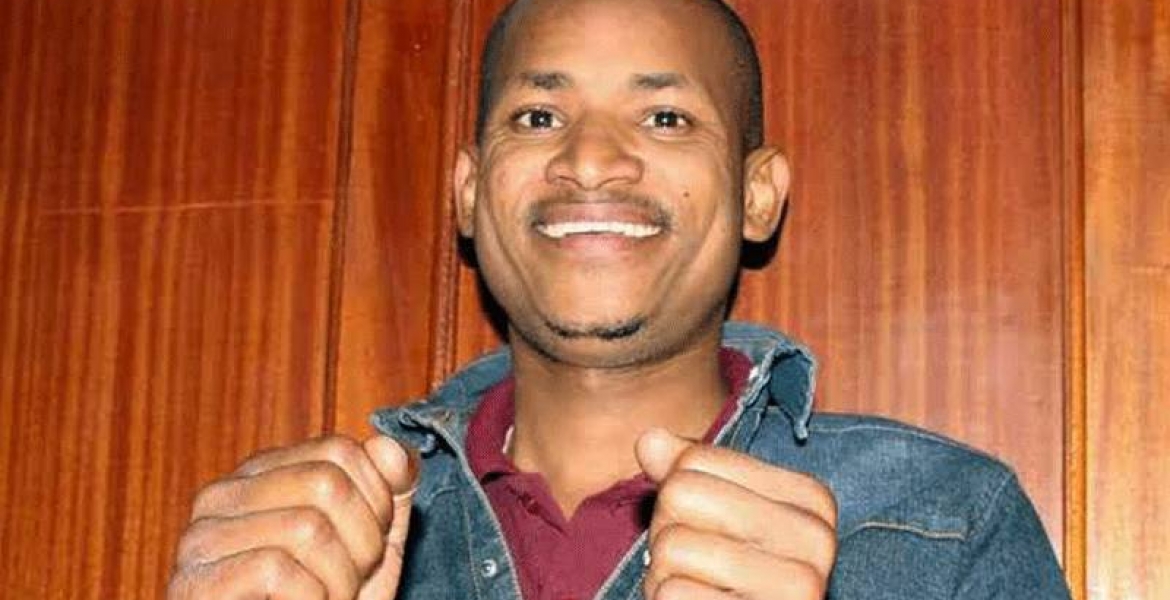 Embakasi East MP Paul Ongili, popularly known as Babu Owino, was on Monday released on a Ksh10 million cash bail in the case in which he is charged with attempted murder and disorderly behavior while carrying a firearm.

Milimani Law Courts Chief Magistrate Francis Andayi directed that the bail amount be paid in four installments of KSh2.5 million for the next four months.

Babu, who is accused of shooting and wounding Felix Orinda, alias DJ Evolve, at B-Club in Nairobi on January 17th, will be freed once he deposits the first installment of KSh2.5 million. Babu pleaded not guilty to the two charges on Monday, January 20th.

Magistrate Andayi indicated that the money will be used to fund the victim’s treatment with the amount that remains unused serving as bail. The accused was further prohibited from indulging in any form of narcotics or alcohol.

Orinda’s family had opposed the release of Babu, saying they were concerned about his safety and that of other family members. They argued that Babu “wields a lot of power and may use the same to subvert justice.”

“Their plea to the court is that if the same is granted, other protective measures should be instituted to ensure the security of the victim, family and also to safeguard against witness interference,” the family said in the bail assessment report.

Orinda, 25, is currently admitted at the Critical Care Unit at The Nairobi Hospital after he underwent surgery last week.

Babu has been in custody for the past seven days pending today’s bail ruling.

I said last week Kenya Magistrates and judges need to take refreshment classes. Bail money to be used for paying hospital bill? That does not sound right. Bail is for security purposes. This thug asihepe. Bail to be paid in 4 installment? Hiyo sijasikiya. Is he trying to settle the case?

This is one case worth following to determine whether justice really exists in Kenya. Poor man is perhaps paralyzed from the shoulders down, his life changed forever. I foresee delay tactics in the court system until the young man can't gather enough finance to appear in court because even mobility will be an issue. Very very painful.

In other words Babu Owino was set free and being told to pay hospital bill in 4 installments. Hospital bill & bail are 2 different things.

Whenever you see Ombeta in anything just note corruption is at its highest. Akasha brothers were free under Ombeta and now they are serving jail sentences. This fool can afford a smile yet the young DJ is fighting for his life and cant walk. He still has government job pain for by tax payers. Its a shame really big shame

Kenya, Kenya, Kenya. This is the justice for the rich and well connected. The rest of you can rot in hell. Why do the wananchi tolerate this nonsense. Wake up good people. Never heard of these kinds of bail terms. Pure bullshit!!!! This is a very serious case but the judge is treating it like a traffic violation. Ofcourse, the judge will get his cut and the case will languish in the system indefinitely until he witnesses are no longer with us. Welcome to Kenya where justice is always for sale. This Owino should be remanded until the court hearing. Sonko is out there after injury to the law enforcement. Another governor is out there after killing a pregnant young woman, and so on. They are getting away with murder, literally. One justice system for regular folks the other one for the well connected. And so it goes, and so it goes. Poor Kenyans when will they wake up from the long slumber. If not now when. What a crazy country.

There has to be a new order in Kenya! The public must take control of the country before it falls apart.

Those they have elected to serve the public are killing Kenyans in every aspect of life. We must change the way things are going in favor of Wanjiku.

@babu - stop gleaning foolishly! You got nothing to be proud of! Your ugly actions have defined you as munyama wa musituni.

Either nature or God has a way of dealing with this kind of crooks! Remember a certain rich athlete who used to drive his flashy car over mama mboga's vegetables & now he's gone or another rich investor who used to treat people as rugs & now he's so sick counting the few days remaining for him to leave the earth! Malipo ni hapa hapa duniani!

Iam sick of seeing that smiling face of this attempted murderer.Its like he is mocking the victim,and the judiciary.What is there about to smile showing off your handcuff like it is an engagement ring. This babu is indeed still a"baby" in his thinking...
Few years of kazi ngumu naviboko would surely erase that smirk on his face.