Migratory Bird That Flew 6,900Km from Finland to Kenya Dies in Nairobi 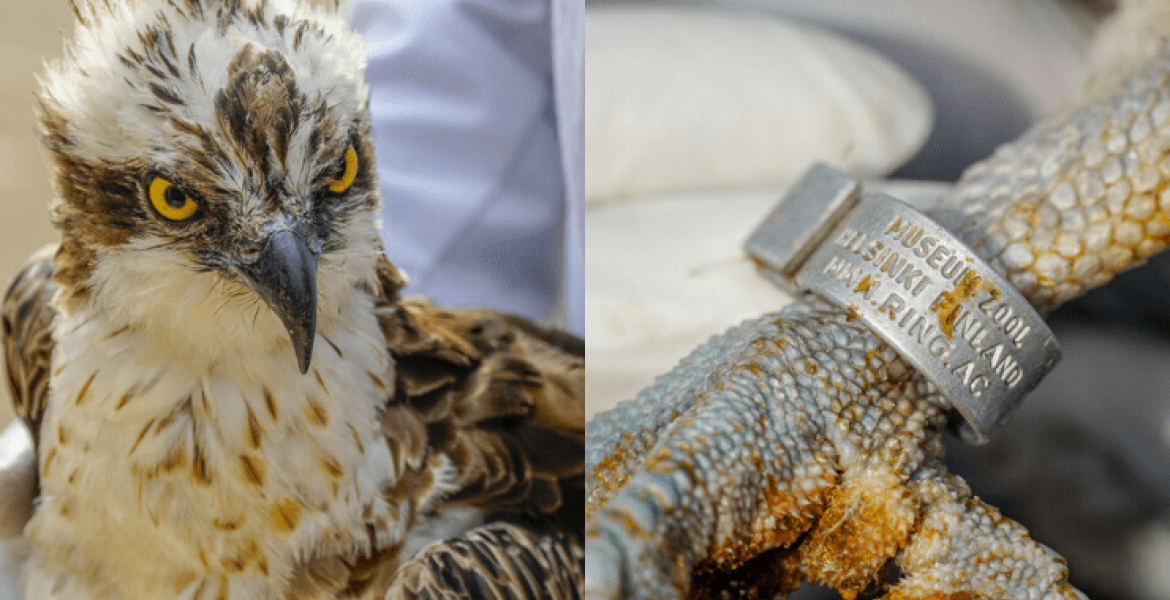 The Kenya Wildlife Service (KWS) on Monday announced that the rare migratory bird that flew all the way from Northern Europe to Kenya is dead.

The Osprey bird species landed in Kenya after covering a distance of 6,948 kilometers (4,317 miles) from Finland. It was found in West Imbo in Bondo, Siaya County on January 20th, 2020, by a resident Walter Oloo, who reported to the KWS team in Siaya.

The bird was caught in a fishing net and appeared to have struggled to release itself. It had bruises on the legs but appeared healthy despite losing some weight and being dehydrated.

It was taken to Nairobi where officers tried to stabilize it by administering IV fluids.

On Monday, KWS said it died over the weekend at a KWS-licensed Raptor Rehabilitation Centre in Karen with a post-mortem examination carried out on the bird showing it succumbed to “long term starvation which precipitated systemic organs failure.”

“By the time the bird was delivered to the city, it had been severely dehydrated, weak and emaciated from the long flight and minor injuries while trapped by the fishing net.”

KWS said the plan was to release it at the exact site it was rescued in the Lake Victoria catchment after treatment. The bird’s origin was established from a refereeing ring on its leg whose details show that it was ringed in Finland (Museum Zool, Helsinki Finland, M-68528). 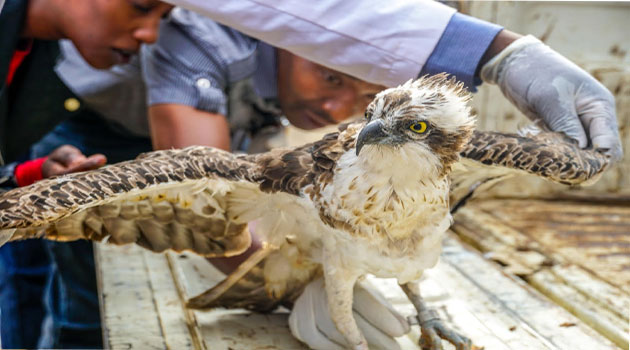 @njorua. I hope you're kidding and this is not how you think. it's scary. if this is indeed how you think, please dont reproduce, you're thinking is dangerous.