Raila: My Family’s Net Worth is Only 2 Billion Shillings 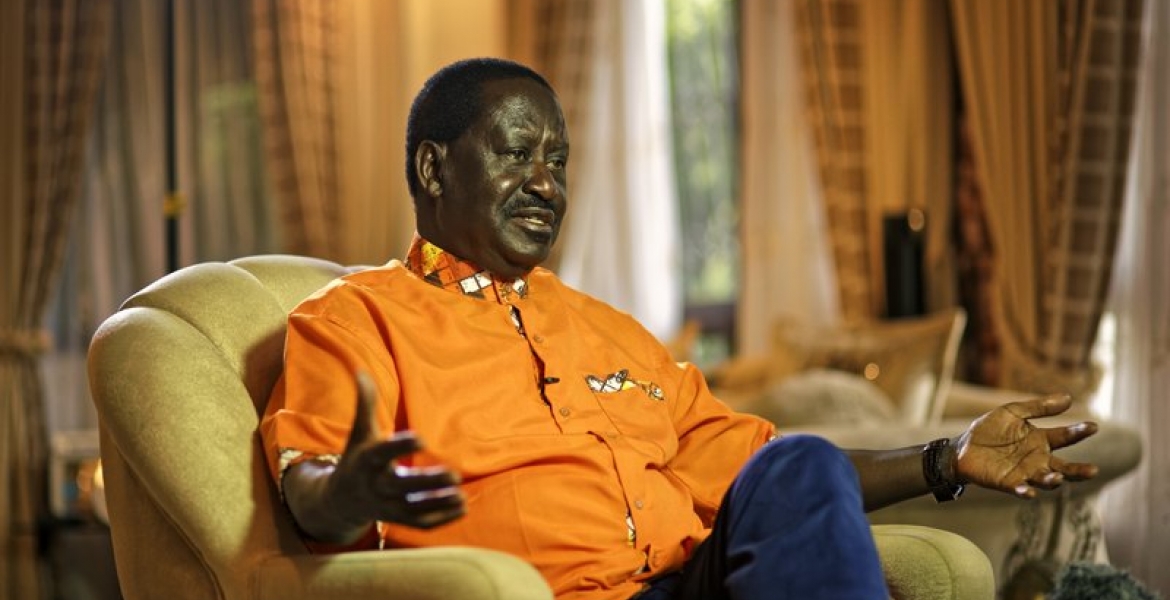 Orange Democratic Movement (ODM) leader Raila Odinga has disclosed that his family’s net worth is about KSh2 billion.

Speaking during an interview with NTV on Sunday night, Odinga stated that he does not consider himself rich, adding that a majority of his wealth is in the form of property and company shares.

“People say I’m very rich. I am not rich. I am just about Sh2 billion which we own collectively as the Odinga family,” Odinga noted, adding that his Karen house is valued at KSh300 million.

Odinga became the first highest-ranking politician in the country to publicly disclose his wealth.

He, at the same time, dismissed claims that his family has used its political influence to amass well for itself, noting that his father Jaramogi Oginga Odinga died a poor man.

“Our father Odinga died a poor man. There is nothing we inherited from him as his children. It must be remembered that throughout his life that he was in government for only two and a half years,” Raila said.

He stressed that his siblings, just like other Kenyans, are earning salaries from their jobs which they got competitively.

USD 20m is a small amount. Small! Even by USA standards, that's a substantial amount.

Let Raila not deceive anyone, he has used his influence to enrich himself and family just like all the other politicians in Kenya. He is no different.

That’s why they able to control him.
The powers that be.

We want secession. That’s what we want and that’s that.

Kenyan political families , politicians, their friends and Al shabab are all getting their finances from the same place. The Kenyan public funds.

Al shabab gets its financing from the Kenya government.

The are using public funds from the Kenya government to finance criminal activities in Kenya.

RAO is not the first one. Uhuru did this several years ago. he also pulled a figure from his back side just like RAO is doing and gining it to Kenyans. We want to know which companies and shares. That is how it is done in civilised countries.

How many Kenyans can afford to have three course meals in the comfort of their homes. RAO distribute your wealth to the poor and share with the millions who vote for you as you masquerade around as "poor"