DP Ruto: How Moi Helped Me Buy My First Car and Why We Fell Out in 2005 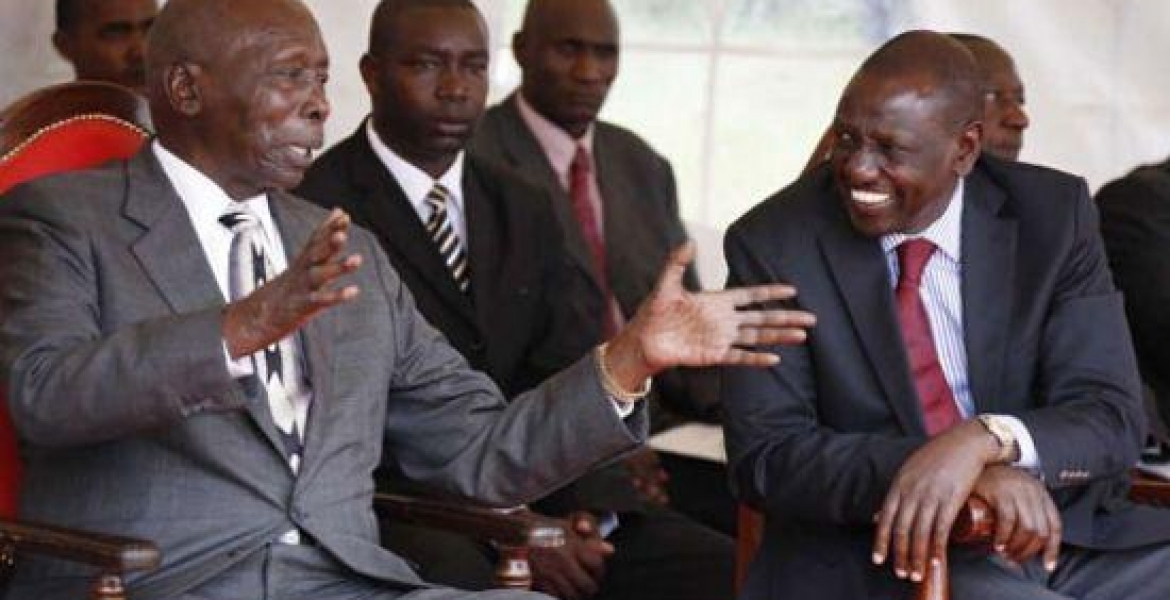 Deputy President William Ruto disclosed how the late former president Daniel Arap Moi picked him as a greenhorn politician and mentored him into a leader he is today.

In an interview with Citizen TV this week, DP Ruto described Moi as a generous person who went out of his way to help others, a trait Ruto says he learned from the former president.

“Moi was a very generous person, he really went out of his way and maybe some of the traits some of us have of giving we may have learned from him,” said Ruto.

He reminisced how Moi gifted him and three of his colleagues with a prime plot of land in Eldoret town. Ruto, who said he was taking his master’s degree at the University of Nairobi at the time, revealed that the sale of the property enabled him to purchase his first car.

“A few of us university students. We went to see him at one point and we asked him to give us a piece of land in Eldoret. And he actually did and we sold the piece of land. With that piece of land, I bought my first car,” Ruto said.

Ruto says the property was part of pieces of land that were being issued for development by the government and that due process was followed.

“I do not think that Moi went out of his way to do something illegal and even if maybe people later went and did things the wrong way that was not Moi’s thinking. Moi just wanted to help and he wanted to help people within the law,” he said.

At the same time, Ruto noted that he enjoyed a good relationship with Moi but they fell out in 2005 after he declared his interest in running for president. This, Ruto said, angered Moi as he was rooting for a more seasoned politician to take over from him as Kalenjin kingpin.

"A small problem between me and Moi started in 2005 when in 2005 I held a meeting in Eldama Ravine where I declared I would run for President. It was the stroke that broke the camel's back."

"The tradition had been that whenever we were around Nakuru, we would pass by Kabarak and have tea with him. After that meeting, I and about 15 MPs went to Kabarak as usual but we found the gates locked and the guards told us an angry Moi had said he did not want to see us, so we left," Ruto noted.

Moi was. ‘generous’ because he had no choice.
How long was he going to steal public funds and not get caught?

Moi was a thief and he killed a lot of people because he was a killer.

You and your buddies got free land from Moi? The land you didn't need because you actually sold it to buy a car. That's the corruption that has destroyed our country and people. How many Kenyans need such a piece of land for a house for their family? Where did Moi get these pieces of land that he could freely give away to young people whose priority is buying a car. Since you cannot tell corruption if it struck on the face, you are not presidential material and you should retire along with Uhuru come 2022.

@ruto - thieves always find a way to get free things, as they make more efforts to expand their tentacles into deeper corruption.

How strange that the passing of Moi have now ghost-haunted DP Ruto and Passaris to publicly confess the origin of their corrupt nature!? Anymore folks out there that are willing to tell us more of their association with Moi?