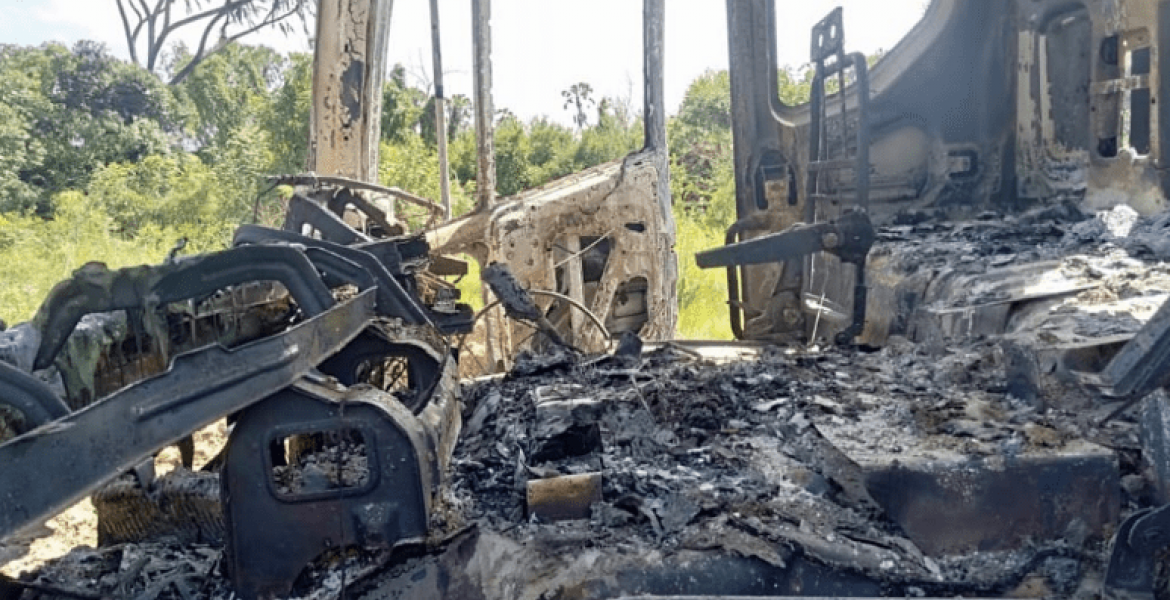 The attackers blew up a truck and an excavator belonging to the H-Young construction company, according to Lamu County Commissioner Irungu Macharia.

Macharia said the assailants engaged police in a gun battle before fleeing into a nearby forest after they were overpowered. He added that the militants also attempted to invade a police camp located adjacent to the H-Young camp.

No casualties were reported during the incident. The attack came a few weeks after al-Shabaab militants attacked Camp Simba military base in Manda Bay, Lamu County on January 5th.

The attack on the military camp, which hosts both Kenyan and United States soldiers, left three American nationals dead and two injured.

In a statement, Kenya Defense Forces (KDF) indicated that officers repulsed the attack, killing five militants in the process.

@ 10x is that a crying or a laughing enmoji?

Only a border wall will safe Kenya from al-Shabaab mayhem. Kenya need to borrow ideas from Israel on how to deal with border crossings. Somalia is a menace that need to be sealed off in order for peace to prevail in horn of Africa. A border wall running through Djibouti, Ethiopia and Kenya can easily take care of Al-Shabaab menace