Kenyans Turn Out in Large Numbers to View Moi’s Body 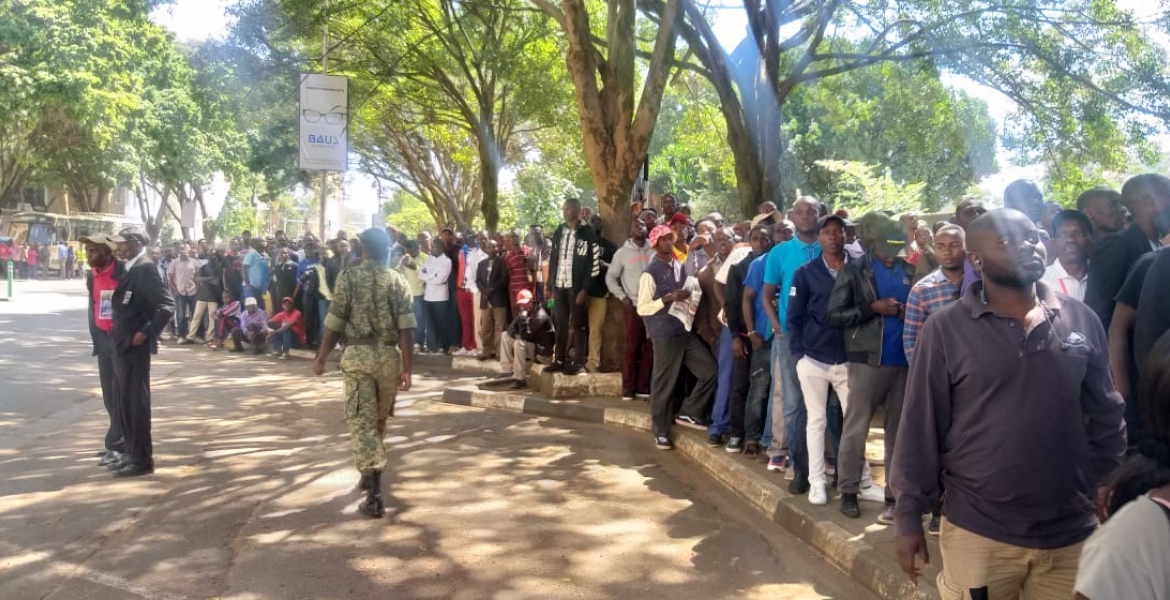 The public viewing of former president Daniel Arap Moi’s body continued for the second day on Sunday at Parliament buildings.

As early as 6 am, hundreds of Kenyans had already queued outside Parliament to get the opportunity to pay their last respects to Moi, the longest-serving Kenyan president.

The three-day public viewing began on Saturday morning, with President Kenyatta and First Lady Margaret Kenyatta being the first to pay their last respects to Moi.

In the evening, Moi’s remains were taken back to Lee Funeral Home and returned to Parliament on Sunday morning. The last day of public viewing is on Monday ahead of his memorial service at Nyayo Stadium on Tuesday followed by a state burial in Kabarak, Nakuru County the next day.

On Saturday, more than 20,000 Kenyans viewed the body at Parliament, according to National Assembly Clerk Michael Sialai. Speaking to Citizen TV, Sialai said the 20,000 figure does not include the dignitaries and special guests who accompanied President Kenyatta.

Hundreds of others were still in the queue waiting for their turn to view the body by 4.30 pm when the viewing time closed. They were turned away and asked to return on Sunday.

Moi, who served as Kenya’s second president for 24 years, passed away at the Nairobi Hospital last Tuesday after a long illness.

Kenyans always turn up in large numbers for funerals.