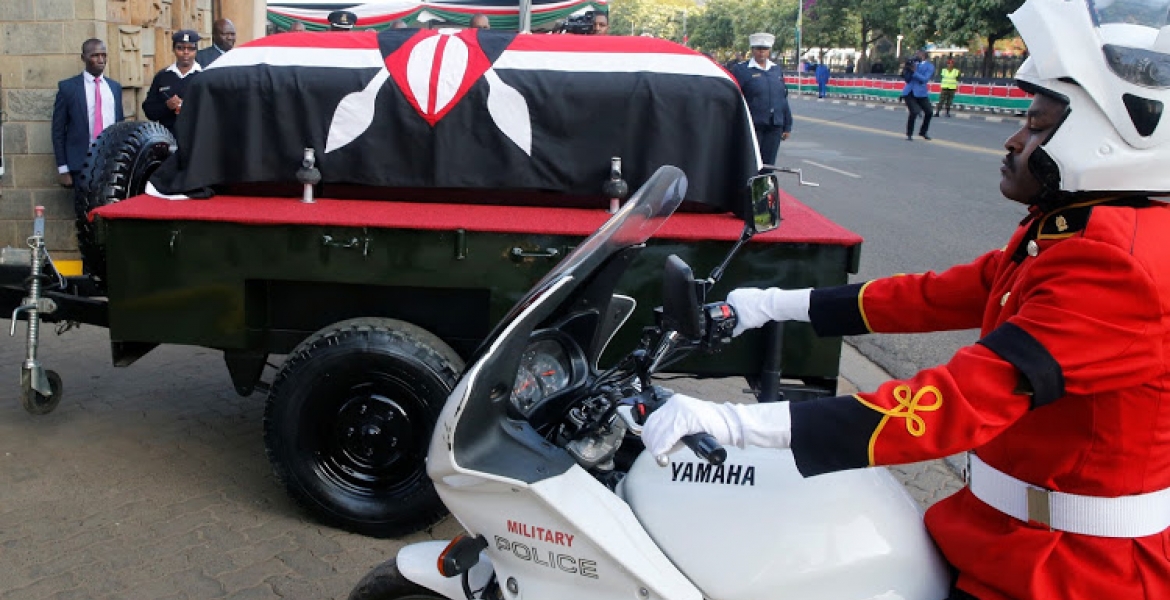 Moi, who died last Tuesday at the Nairobi Hospital, will be accorded a state burial at his home in Kabarak, Nakuru County on Wednesday, February 12th.

Speaking after he inspected Moi’s final resting place on Sunday, PS Kibicho said the government is planning to welcome at least 10 heads of state.

“Our preparations at the moment are for 10 heads of state, the Ministry of Foreign Affairs will release more details Monday,” said Kibicho.

A funeral service will be held at Kabarak University grounds on Wednesday morning before Moi, who ruled the country for 24 years is interred.

“The burial plans for Mzee Moi are going on smoothly, we hope to give him a dignified send-off. We have inspected the facilities at Kabarak University. We can assure the country that preparations are in place and security will be tight to ensure the ceremony goes on smoothly,” said Kibicho.

He also disclosed that there will be two services on Wednesday, with the first one at Kabarak University being open to the public while the final rites will be a private affair at Moi’s home.

“Only close family members and selected dignitaries will be allowed at the final venue where Mzee Moi will be laid to rest,” added Kibicho.

A memorial service will be held at Nyayo National Stadium on Tuesday before his body is ferried to Kabarak for final send-off.

Which ones? I only saw two. The others knew moi for what he was. The reason kenya is no better than it was at Independence. Corruption and many other evils.

Give it a rest already, your hate is worse than the individual you are hating in death, sad! I would hate to have a hate filled heart like yours. Forgiveness is a virtue!

Thank you Gabriel; the angle of the Lord!

It's not hate when the truth about somebody is said. No one says good things about Hitler as he was evil.