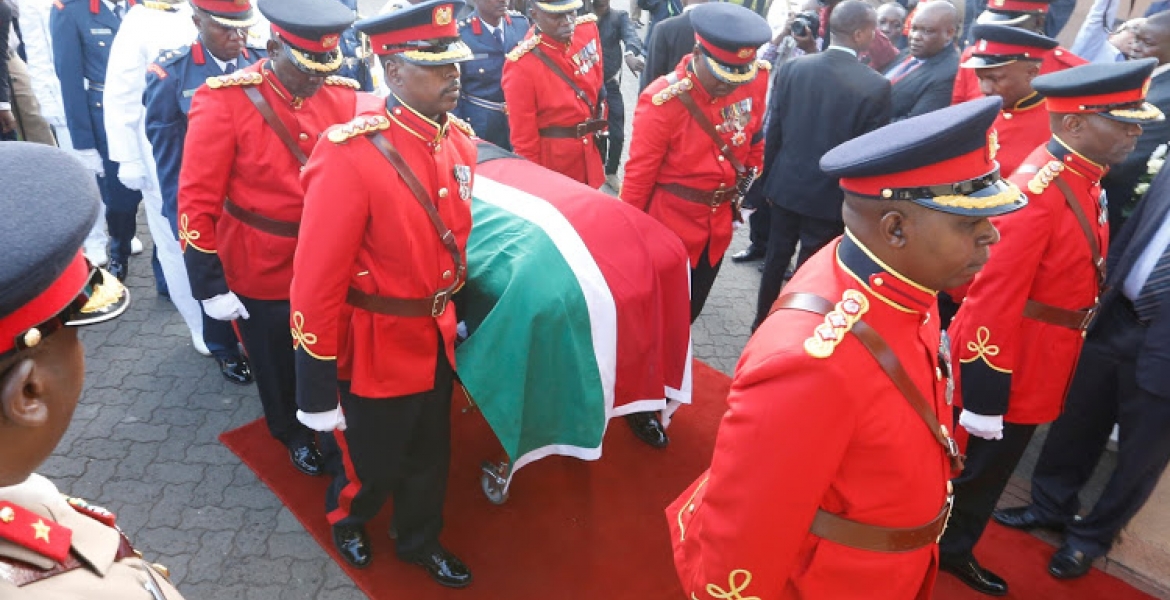 The government has announced that the first 30,000 mourners at the burial of former president Daniel Arap Moi will be given free drinks and snacks.

In a press briefing on Monday, Rift Valley Regional Commissioner George Natembeya indicated that the first 30,000 people to arrive at Kabarak University grounds, where a public funeral service for Moi will be held on Wednesday will get a soda, bread, water as well as a programme of the event.

Natembeya said 30,000 seats have been hired and set up under a tent for members of the public expected at the event. He also said there will be hundreds of school buses to ferry mourners to the venue.

Moi, who ruled Kenya for 24 years, died last Tuesday while receiving medication at the Nairobi Hospital.

A memorial service in honor of Moi will be held on Tuesday at the Nyayo National Stadium ahead of the funeral on Wednesday.

Interior Principal Secretary Karanja Kibicho said at least 10 heads of states and several other foreign dignitaries are expected to attend the burial.

They could have given them Maziwa ya Nyoyo for the last time.

Go moi go. Even post life there is kitu kidogo.

You bribe the poor by promising to fill their stomachs. Baringo is just one of the places where starvation has taken the lives of children and elderly more so than the government would care to tell us. If this king of Baringo was such a worthwhile leader for 24 years how come his neighbors are dying of starvation? Being a Christian he forgot the 'love thy neighbor" commandment. Politicians keeping their constituents in abject poverty has always been a strategy in Kenya. Look at Raila and his so called "bedroom" in Kibra and now the guy is shoving BBI into our throats. You better believe the stadium will be full of starving people. Those whose stomachs are full will be tending to their business or watching on TV from the comfort of their homes.

Of course they Kenyans have to be bribed to attend the burial of a man who used to sanction putting of metallic things in the private parts of women until they bleed.A man who put tortured Kenyans because they told him the truth , he was a dictator, he was murderer and a thief.

Moi was evil and he belongs in hell.

Guest, you said it all. I concur. Nothing to celebrate here. Kenyans need some common sense. Stand up for some principles. Stop being followers. Think for yourselves. I quote someone else: "A mind is a terrible thing to waste"