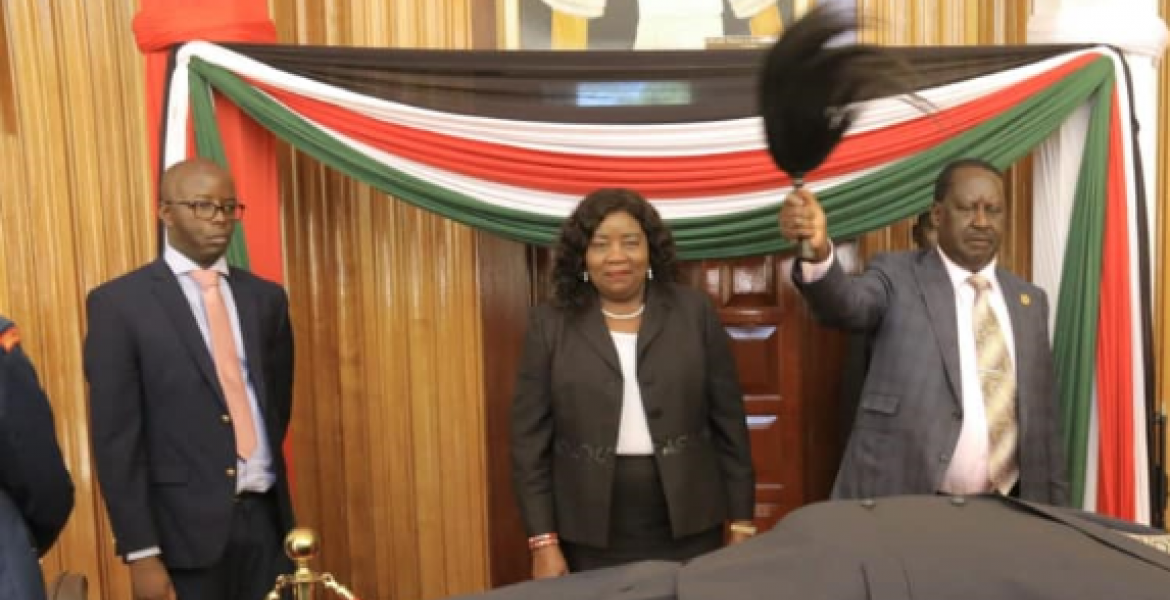 Raila, who arrived in the country on Monday morning from Ethiopia, viewed Moi’s body at Parliament buildings alongside his wife Ida Odinga at 2.30 pm.

While paying his respects to the former president, Raila took off his hat and waved a black fly-whisk over Moi’s body twice. He then met with Moi’s family members led by Rongai MP Raymond Moi and Baringo Senator Gideon Moi.

The three-day public viewing of Moi’s body at Parliament was kick-started by President Kenyatta and First Lady Margaret Kenyatta on Saturday morning and ends today. On Sunday, retired president Mwai Kibaki also went to Parliament to pay his last respects to his predecessor.

A memorial service in honor of Moi will be held on Tuesday at the Nyayo National Stadium ahead of his state funeral on Wednesday. Moi, who served as Kenya’s second president for 24 years, will be laid to rest at his home in Kabarak, Nakuru County.

At least 10 heads of state and several foreign dignitaries are expected to grace the burial, according to Interior Principal Secretary Karanja Kibicho.