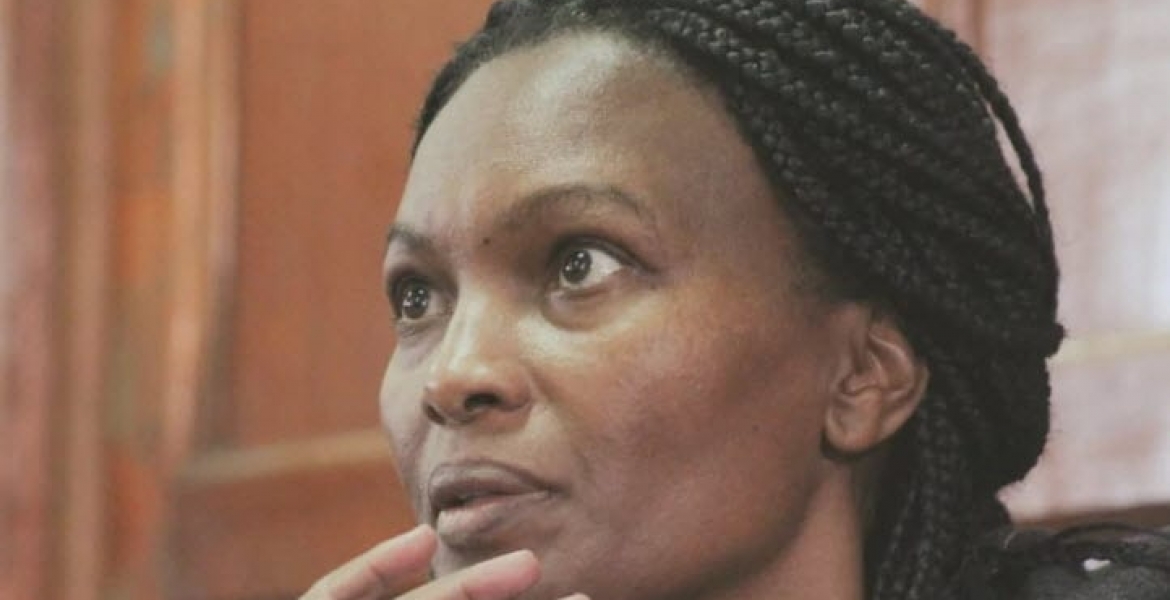 Murder suspect Sarah Wairimu claims that her late Dutch husband Tob Cohen’s Will that was presented in court by her in-laws last year is forged.

In an application filed in court on Monday, Wairimu, who is charged with the murder of Cohen, wants the deceased’s sister Gabrielle Van Straten, cross-examined over the matter.

In addition, Wairimu is seeking to have lawyers Danstan Omari, Shadrack Wambui and all other attorneys practicing in the name of Musyoki Mogaka and Company Advocates to be disqualified from representing Cohen’s siblings in the case.

She presents that she is the only widow of Cohen, who was murdered in Nairobi between July 20th, 2019 and September 13th, 2019. She noted that she lived with Cohen as husband and wife since 1998 before the legalization of their marriage at the office of the Registrar of Marriage on May 30th, 2007 in Nairobi.

She argues that the law of succession places a surviving spouse in priority to all other persons with respect to the administration of the deceased’s estate.

She further says that the Will opening ceremony was attended by Kiambu politician Patrick Muiruri and two other politicians who claimed to be owed Sh35 million by Cohen. Wairimu says she was not aware that Cohen owed such a huge amount of money to the three Kiambu politicians.

She adds that she only learned from the media that Cohen’s sister, Gabrielle, was bequeathed Sh100 million while her brother was given Sh50 million.

Wairimu’s lawyer Philip Murgor boycotted the will opening in September last year claiming it was being done in bad taste at a time his client was still in remand and even before the deceased’s burial.

This woman is showing she killed Cohen because of money.

This one here just need to shut her silly mouth up! She has set a very bad precedence of these “husbands of convenience” to be murdered in cold blood, and at will by the greedy women whose main goal is quick riches of the spouses hard earned money and resources!!

Wairimu - Who forged the WILL? Give us a break!! You should exonerate yourself from claiming any of Cohen’s possessions; property and money included!

Wairimu - You make many Kenya women (and especially the Kikuyu women) look like gullible hyenas who will do anything to acquire what is not rightfully theirs! What a shame!

This woman has forgotten that the husband was murdered and now wants to fight for the money...ah! Njeri M-Benz

@seneca - do you remember the Biblical Cain? He killed his own brother and he could never forget about him! The curse of killing followed him all the days of his life. Wairimu will never get Cohen’s death out her life - she is cursed!

You can see a huge bad ghostly appearance in Wairimu’s face since Cohen died. The old “pretty face” is now replaced by a sorrowful face full of anxieties! And the fight over mbeca will tear her apart. The curse of greed is a terrible thing!

Murdered and his body dumped in a sewer tank in the family compound while she asserted he had left home. Who’s telling the truth here?

She cannot see the forest from the trees after going through all that including placing the corpse in a water tank and she will not receive a dime.She is borderline crazy or she is sly as a fox act insane so that she can be declared criminally insane to receive a lighter sentence.

Nobody is mentioning that the late Cohen was in the middle of divorcing Wairimu. Don't his actions, at the time of his death, mean anything? I think that the Constitution should be changed to deny murder suspects bajl. They just use loopholes in the law to play endless games with the legal system. Kenya should learn from the quick conviction of the Akasha Brothers in the US, after endless Court games in Kenya. Justice delayed is Justice denied.

I support these observations. The moment a criminal is out in modern day Kenya,he/she reaches out to the help known as corruption.

And the judiciary is a major part of the corruption network that is eating everything in Kenya away.

Nearly every judicial officer is deeply marred in corruption and severely compromised! They have all forgotten that Wairimu was being divorced. They will aid her to go scotch free on some technicality so she can inherit everything Cohen had accumulated. Very sad indeed.