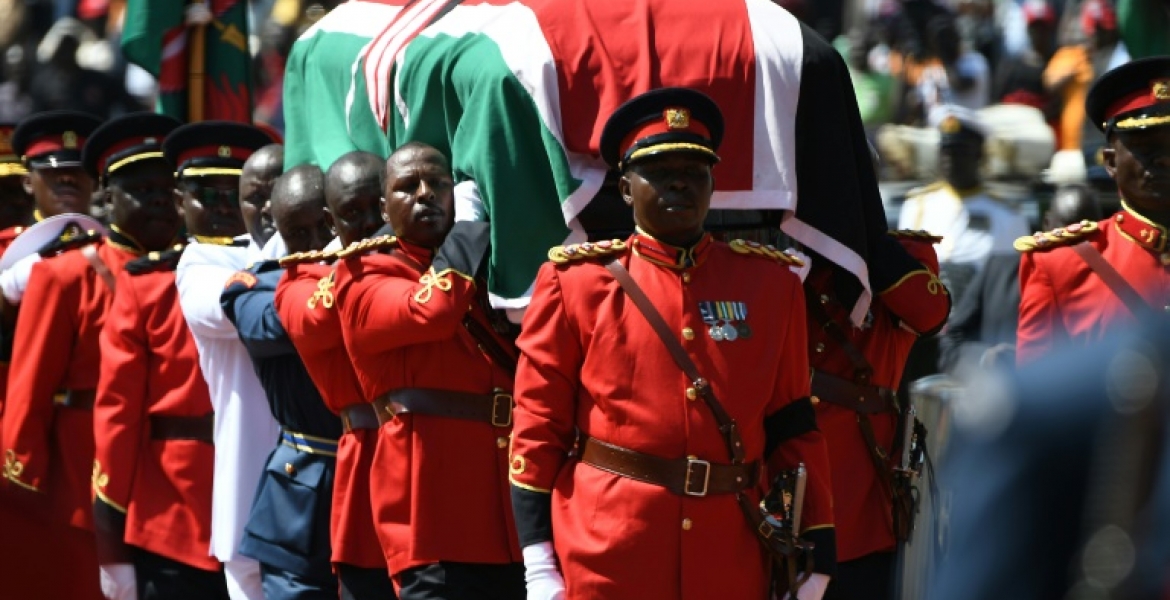 The 30,000 capacity arena filled to capacity hours before the ceremony kicked off at around 10 am. Moi’s body was first moved to State House from Lee Funeral Home, where visiting heads of state paid their last respects to the former president before it was taken to Nyayo Stadium.

Several African leaders and dignitaries attended the funeral service. The Interior Ministry had on Monday announced that at least 10 heads of states were expected to attend Moi’s burial, which is scheduled for Wednesday at his home in Kabarak, Nakuru County.

Moi, who served as Kenya’s second president for 24 years between 1978 and 2002, died at the Nairobi Hospital last Tuesday aged 95.

So no head of state beyond the Eastern Africa zone attended!

lipstick on a pig didn't work outside east africa.