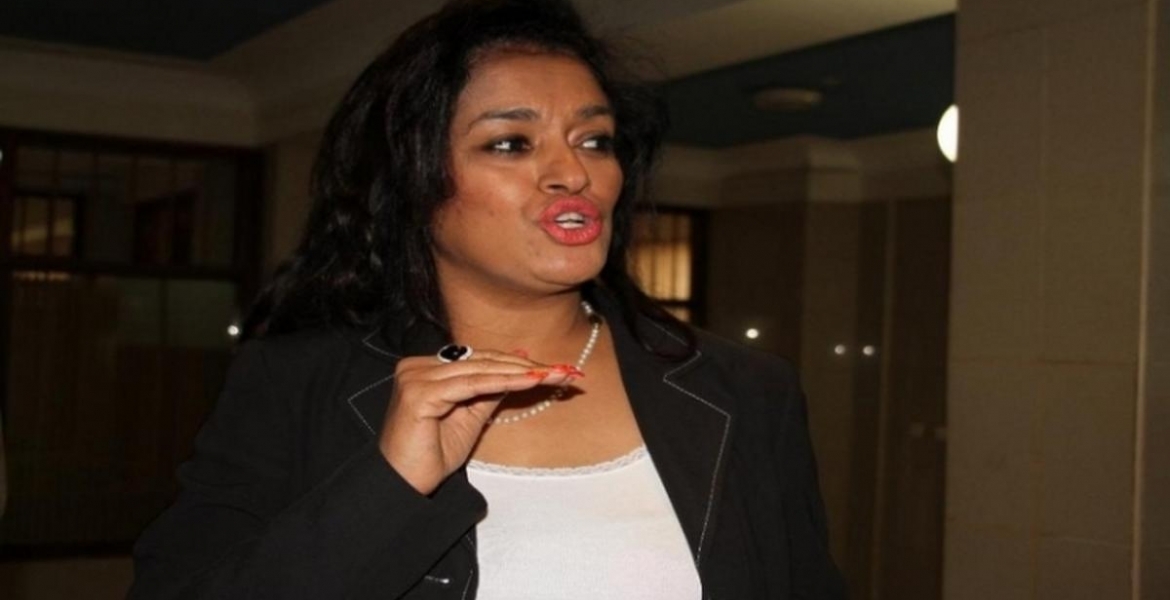 Nairobi Woman Representative Esther Passaris has continued to defend her decision to seek medical treatment abroad instead of at a local hospital.

They claimed that leaders like Passaris, who is a member of the National Assembly Health Committee, are not concerned with the bad state of public hospitals in Kenya because they can afford treatment abroad.

Through Twitter on Wednesday, Passaris accused Kenyan surgeons of “taking their patients for granted,” which she said is the reason why she flew abroad for the operation.

She says a close friend who was suffering from a condition similar to hers got crippled after being operated by a Kenyan surgeon “perceived to be the best.” Passaris says her friend was forced to go to India for corrective surgery.

“… My girlfriend with the same condition was operated at a hospital here, with a surgeon perceived to be the best, and she ended up crippled due to nerve damage,” wrote Passaris.

“She had to go to India for corrective surgery. We have surgeons who take their patients for granted.”

Before her surgery in India, Passaris said she had undergone several procedures in the country to get rid of severe back pains dating back to 20 years ago when she gave birth.

Surgeons in Kenya are incompetent, greedy, money hungry monsters who live and practice in cartels. They take you to an operating room with a fee of Kes 3 million or more and you are lucky if you come out alive. And if you come out alive, you will be lucky if you can be normal again. My family is poor, but we opted to donate and send a relative to India for cardiovascular related surgery. Surgery was successful and after 6 months, the patient is back to normal duties - no restrictions. The cost in India was about sh. 1.5 million; a fraction of what the Kenyan surgeons were charging because surgeons in Kenya could have charged Kes 5 million or more. So, and yes I agree with Esther on this one.

It's because they Follow your Jubilee Party's footprints of being "incompetent, greedy, money hungry monsters who live and practice in cartels."

Wow wow, these are very serious allegations.Could the relevant authorities look into it. We are talking about professionalism,and public safety here.Not to mention alot of cash at stake...

@ maxiley - Passaris has never been treat by any Surgeon in Kenya. She always fly out to be cut by her skin color type Indian surgeons because she does not trust a highly educated black surgeon!

And how does the ordinary Kenyans who have to get treatment from these doctors feel about her verbosity? Her allegations are very serious and must be thoroughly investigated!

@ Maina, I challenge her to mention her friend whom she claims had terrible surgery at the hands of Kenyan doctors,and also name the doctors. If its indeed true that they were negligent,then the law is on her side.she does not have to worry about their reputation,but concern that they may be doing more harm. In fact if she is aconcerned leader,she should follow up with those"incompetent doctors",unless she does not care about the rest of wananchi...

@maxiley - Passaris is trashing the Kenya doctors to ignorantly justify her recent trip to India to get a lower back bottom replacement.

Kenyans have to begin asking serious questions about the kind of “political leaders” they vote for to speak for them and their overall general plights!

The kind of aloofness portrayed by Passaris is beyond sickening. She is badly disconnected to her average constituents in all manner of ways in life!

As I have said before, If it “were” possible for ordinary Kenyans to travel outside Kenya to some of those countries most politicians go to for “whatever treatment”, it would be a very well “learned lesson”, and an eye opening opportunity they can ever have. The general deception by politicians would quickly be put to rest!

@ Maina, yes you said it,"Kenyans have to begin asking serious questions about the kind of"political leaders" they vote for..."
Its comes down to accountability.We the people are the board of directors.We should demand to see productivity from our leaders,or else fire them.That's how it should be,and some of these thieves will shape up ,or not even seek leadership positions.But so long as they think that they will still get elected even with a D- performance, they shall surely keep on coming for these lucretive positions.We must demand,and insist on performance, we will see things change.Only those who CAN,or think CAN deliver will dare run for these positions.Because we are keeping a score card.
For example,when year after year Transparency International ranks police as the most corrupt entity in the country year,after year, why hasn't this entity changed?We cannot any more afford to see Evil,and Incompetency amongst us and just make noise. We must act.If you had accountant committing malfeasance would you let him,or her still work in your company ,and expect to thrive?Same with our government.How can we expect to thrive with incompetent,and thieving leaders.If we dont change we shall still continue to be called shithole countries year after year.Its us the people who get shame.No the thieves.

When it comes to your body you can not play politics however as a leader you should work with willing doctors to clean up the bad apples and improve the profession.
Being a doctor should not only be based on how well you performed in school but also how compassionate,committed, empathetic you are to those you serve. Such people ought to serve in underserved areas for at least five years especially Kibra and other slums, turkana etc before they can become full fledged MDs. Continuing education should be compulsory and sobriety tests conducted randomly because a few are drunks.

I thought with first-hand experience you could by now have done something to the sorry state of doctors/surgeons in Kenya.....i mean given your position..... Kuenda social media, like Wanjiku and I do, makes me feel even more hopeless.
Misleaders behaving badly.

Nairobi Women Hospital is a good example of con job to get money.

That’s the reason why Doctors from Kenya will never be allowed to practice in the West or India. Shame!

I hope she could lead the fight against doctors detaining patients because they cannot pay the huge bills imposed on them by some of these doctors.

I totally agree with her. We paid about 2Million for a corrective heart procedure. After 2 weeks, there was a malfunction in the work done. The hospital and doctor asked for more to make the correction again and again that procedure failed within a week. Now the doctor says they can do a different procedure because they don't know why there was failure. Failure is with the doctors charging a lot of money for procedures they do casually and without "heart". They just want to make money. The hospitals and doctors should be sued for malpractice

The young Kenyan surgeon who cut my stomach last year was competent. Not all are incompetent.

How much did you pay and how invasive was your procedure? Did you research the cost and the care for the same procedure elsewhere? It makes a difference.