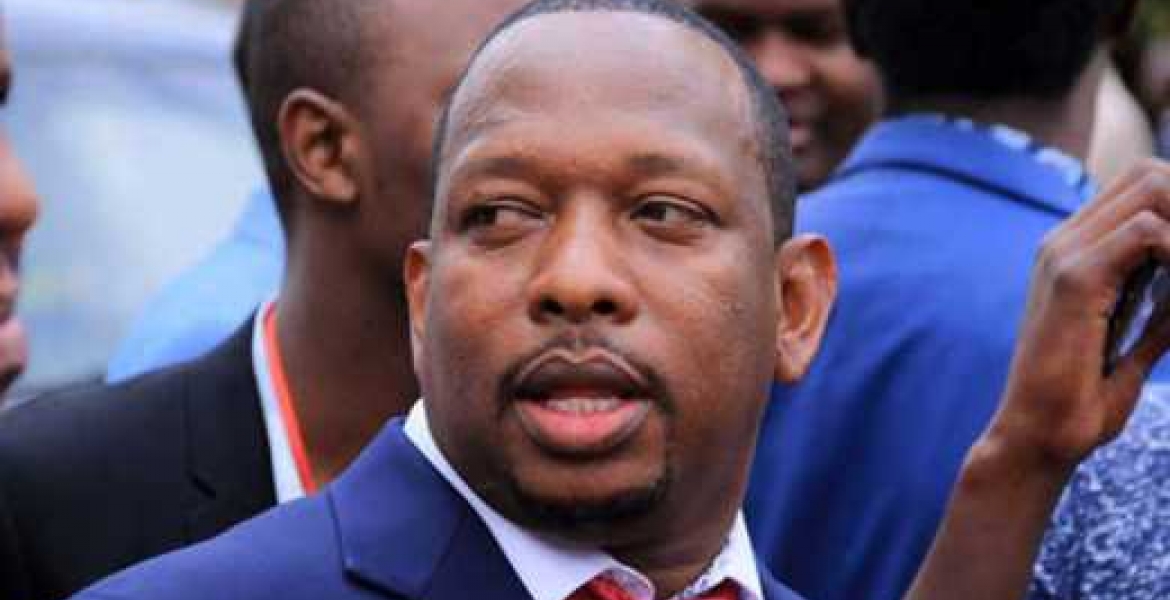 Embattled Nairobi Governor Mike Sonko was on Wednesday morning kicked out from the main dais at Kabarak University grounds, where a funeral service of the late former president Daniel Moi was held.

Upon arrival at the venue, Sonko attempted to access the dais that hosted other leaders but security officers barred him. It was not immediately clear why Sonko was prevented from sitting at the podium.

After the incident, Sonko, who was dressed in a black suit and gold-colored eyeglasses, was seen standing on the periphery for several minutes before an unidentified man wearing a blue tag approached him and appeared to explain why he was blocked from accessing the dais.
On Tuesday, Sonko attended Moi’s memorial service at Nyayo National Stadium and occupied the podium where President Kenyatta and other leaders were seated.

The court last December barred Sonko from accessing his office after he was charged with graft-related offenses over the alleged misappropriation of county funds totaling Sh357 million. The embargo stands until the case is heard and determined.

Keep embarrassing self. Barred from office by the courts means your powers have been eradicated. Humble yourself Sonko.

He's passing through the same processes as his theft-mate did

There is huge price to pay for stealing from the people! Being humiliated in public will make him think.

@ Maina, that's what I hope these thieves will start experiencing.And that is public humiliation.Yes, I hope that will make the would be thieves think twice.
The only gripe I have is that, this"punishment" is not evenly applied. Ruto, Waiguru have been named as some of the most corrupt individuals in Kenya, and they seem to thrive. I guess their time for reckoning will come.Hopefully soon