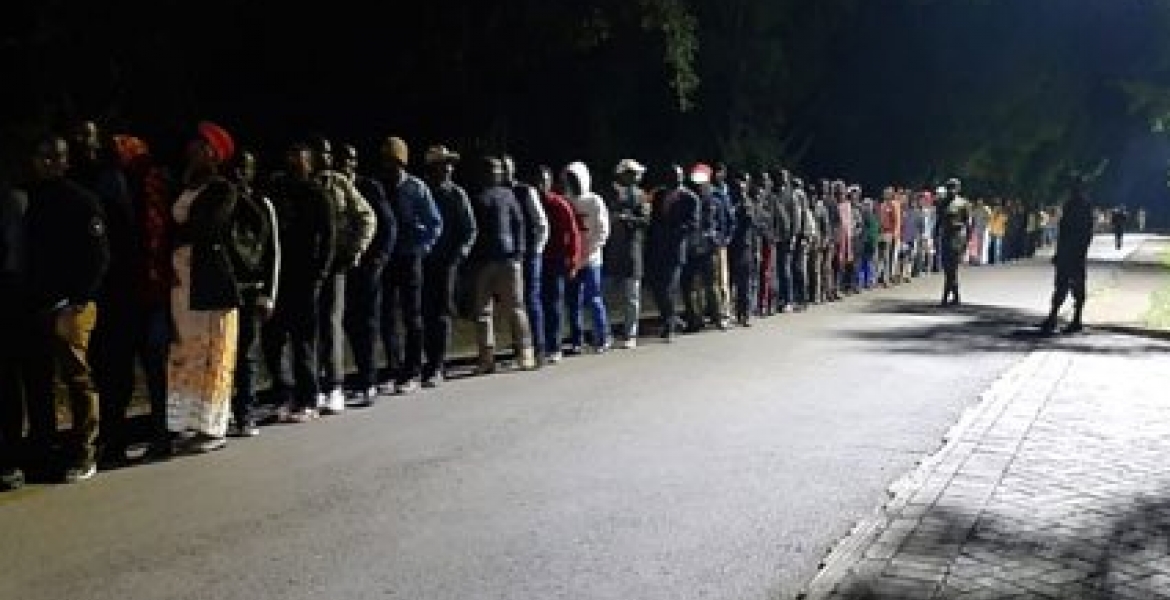 Thousands of mourners have arrived in Kabarak, Nakuru County to attend the burial of the late former president Daniel Arap Moi.

As early as 4 am, queues began forming at Kabarak University grounds, where a funeral service for the former president will be held before he is finally laid to rest. There are many school buses that have been hired to ferry mourners from different parts of the country to the venue.

Security officers stationed at Kabarak grounds started screening mourners by 6 am and all tents were nearly packed to capacity by 7 am. The mourners were given free sodas, bread, and bottled water as earlier promised by the government.

At 7 am, a convoy with Moi’s body left Lee Funeral Home en route to Wilson Airport, from where it was airlifted to Kabarak ahead of the state funeral. Over 50,000 mourners are expected to attend the ceremony. 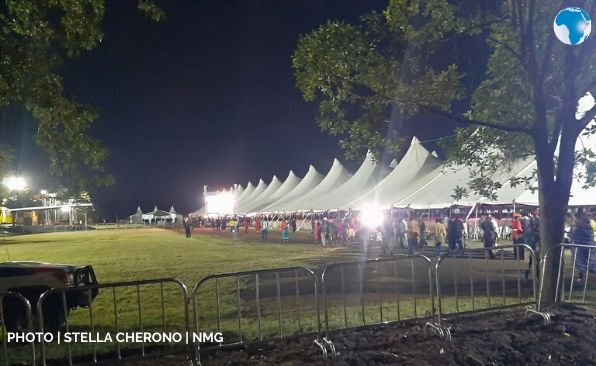 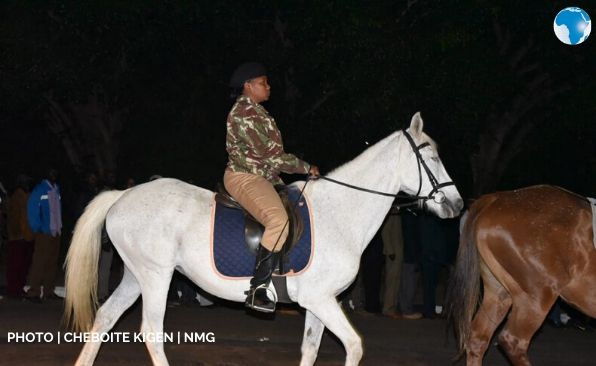 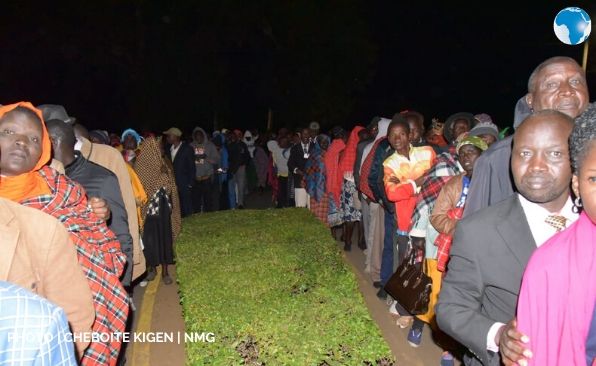 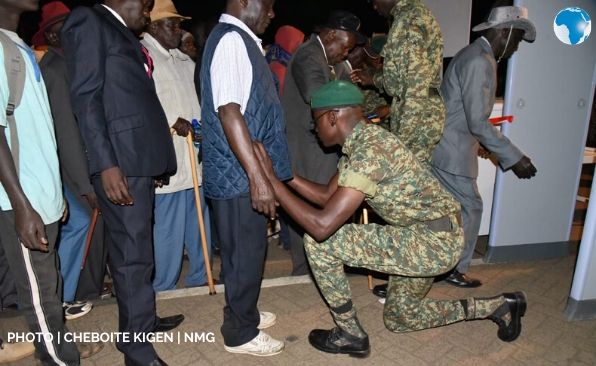 Kenyans are ignorant or very idle. Why are they risking Coronavirus spread like this? All for a soda and bread? And for all their love, only 5 African statesmen showed up? Good riddance...this man and his henchmen are the reason my pops retired poor, and I became an economic refugee. I pray that some good Kenyans have noted the price of that coffin...once the family lowers him in the grave, unbury and resale. The living need the money. He is dead. A 12 million coffin will not do much.

I hope when you nad Guest#13 die (hopefully sooner, world doesn't need evil hateful people like you)- you will have such a stellar lived lives that will be envy of many, your contributions to the world will be unmatched, your kindness to will be like no other ! Bure kabisa for one of your disdain , there are a thousands admirer for Moi. I think you two are so irked because you thought the world would be singing hate but turned out many didn't feel like you do. Moi left politic 2002, why are you still a refugee elsewhere - go build your country now instead of your stupid whining about Moi did me this and that ! We moved on, even Raila and Koigi did, kwenda huko!!!

Goldenberg, ethnic clahes. That is what we remember him for. Man was a total disaster.

The ksh 12 million coffin has magical powers, he will resurrect in three days like Jesus.

It’s hard to clean up the mess in a Country where the ruling class work like cartels.watch my back is the policy.its like a 4x100 relay