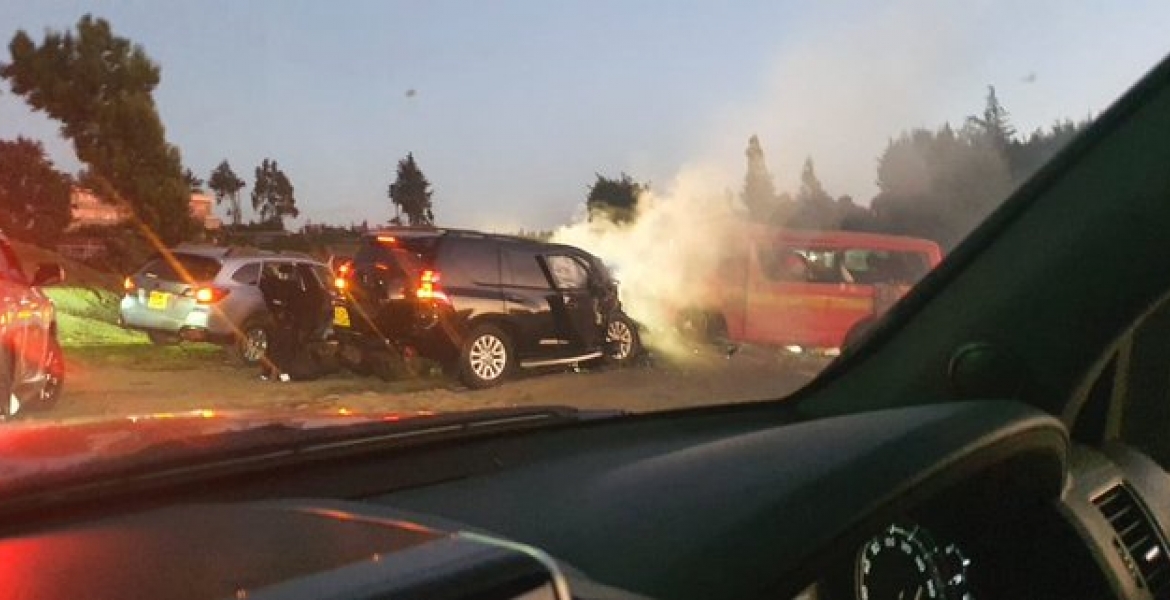 Jubilee Party Secretary-General Raphael Tuju has been airlifted to Nairobi for further treatment after he was involved in a road accident on Wednesday morning.

Tuju was heading to Kabarak, Nakuru County for the burial of the late former president Daniel Arap Moi when his vehicle collided head-on with a matatu at Magina area on the Nakuru-Nairobi highway.

He was in the company of his driver and bodyguard at the time of the crash. The two are also reported to have sustained minor wounds.

In 2003, Tuju survived after a plane carrying him and other Cabinet Ministers, Martha Karua and Lina Jebii Kilimo, crashed in Busia shortly after it took off. Tuju was the Minister of Tourism at the time.