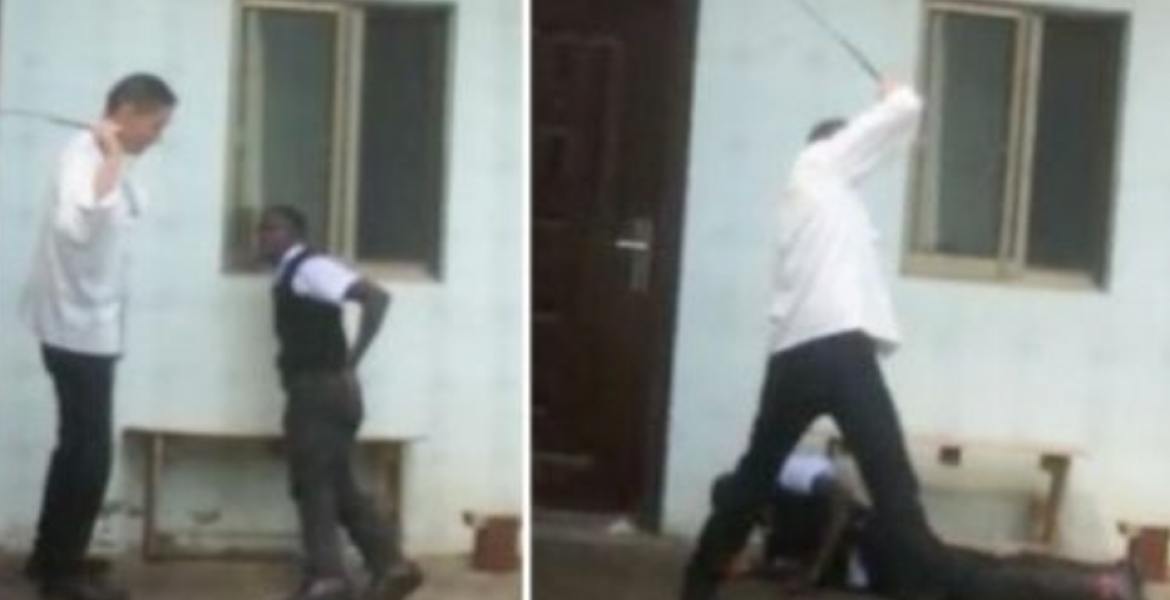 Four Chinese nationals who were arrested last Sunday after a video showing one of them caning a Kenyan man at a Nairobi restaurant went viral on social media have been detained for 15 days.

The prosecution had on Monday sought to have the four detained for 21 days to allow completion of investigations into the incident but Nairobi Principal Magistrate Hellen Okwani on Thursday allowed police to hold them for 15 days.

“The court has considered the fact that the accused persons are a flight risk and will abscond court,” Magistrate Okwani said in explaining the decision to detain the suspects for 15 days.

She added that the respondents were foreigners and there was a likelihood of them leaving the jurisdiction if released. The magistrate, however, ordered police to provide a holding charge to enable the suspects to file for bail pending investigations.

The four are facing charges of assault and causing actual bodily harm. They were arrested after detectives from the Directorate of Criminal Investigations (DCI) raided Chez Wou Restaurant in Kileleshwa, Nairobi on Sunday, hours after the video emerged online.

The man videotaped whipping the Kenyan waiter was identified as 49-year-old Deng Hailan, a chef at the restaurant. The DCI said it was discovered that he did not have a valid work permit.

Hailan was arrested alongside three other Chinese nationals; Chang Yueping, Ou Qiang and Yu Ling. Yueping and Qiang, who are both chefs at the restaurant, were holding expired visas while Yu Ling, a cashier, was holding a visitor’s visa but without a work permit.

Haki in Kenya speak,me I am stubborn. The thought that someone can flog me kazini, eti I lie down!!! I have yelled at cops for second-guessing my story and told off a judge for trying to process my case insensitively...kwa wenyewe ulaya. Halafu Chinese akuje kwetu kujichapa...may the gods mellow my intolerance for nonsense.

Hongera to the DCI for arresting these fools! Go to their country and do the same see what happens to you. Justice should prevail!