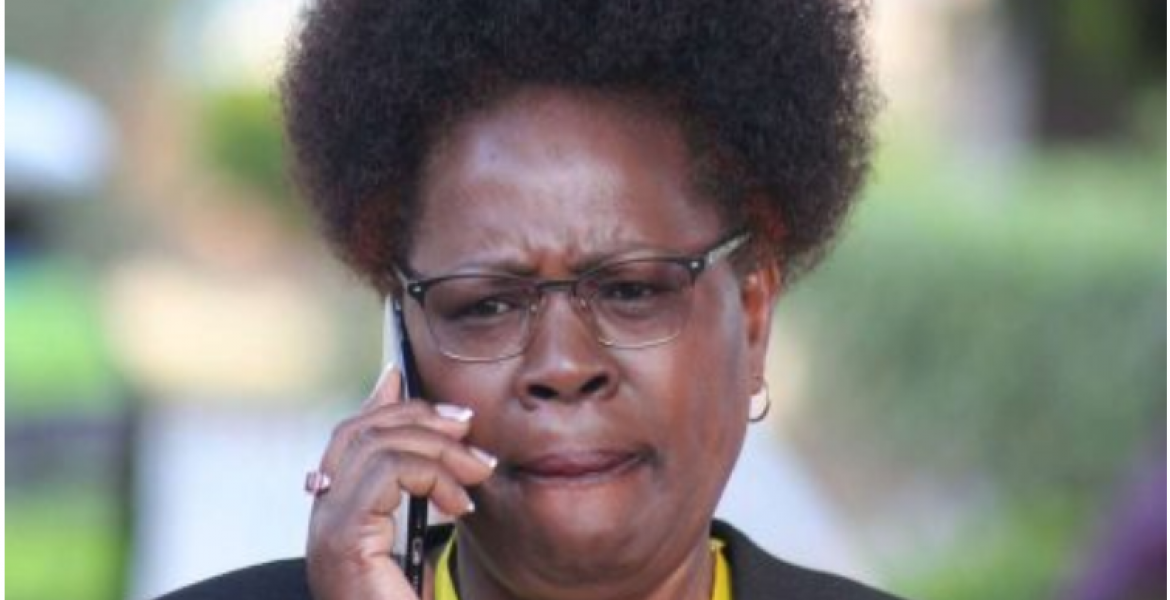 In documents filed in a Nairobi court on Thursday, MP Wahome says police officers assigned to protect her were recalled and no communication was made to her regarding the decision. She adds that she was not informed of any active investigations against her on suspicion of having committed any criminal offenses.

Wahome says the withdrawal of her security has made it difficult for her to effectively discharge her duties to her constituents and the country.

“The petitioner believes that the arbitrary action and its timing when the petitioner has recently made remarks directed to the government in respect of impunity and bad governance is meant to harass and intimidate the petitioner from the political stand and position she has taken,” her petition reads in part.

She further told the court that she fears for her life due to the nature of her duties as the MP for Kandara Constituency, adding that she might be attacked or harmed.

Wahome listed CS Matiang’i and Inspector General of Police Hilary Mutyambai as respondents in the case.

Why don’t they just withdraw all the guards for all these so called legislators who are milking the Kenyan people. Why do they need protection? All other countries do not provide such services. This is ridiculous. By the way, is the police service “owned by the government “? They’re not toys to be played with. I give you, I take back! Wtf!

Whenever I see this woman yapping she is usually in the safe environs of TV stations and never in Kandara constituency. Perhaps she should take a job there because she is obsessed with herself and her safety.

I fully blame the voters of Kandaru for voting in a damn fool with a title idiot affixed in her face!

She can afford to hire her own body guards with all the money she has stolen from the Kandara CDF kitty.

Otherwise, the DP Ruto can offer to hire body guards for Wahome since she is currently working for him through TangaTanga nonsense!

Go Alice we the electorate pays for the bodyguard with our taxes n yes u deserves atleast one.This bullshit of whoever is supporting Ruto gets humiliated is stinking nonsense n it need to stop.Wr not supporting BBI if it's for creating seats for any idiot.If the bbi is not for wanjiku/atieno.Awiti then to hell with it.Mp Alice don't agree to b intimidated by some leaders who thinks they r drunk of power like the super cS.Ruto for president is unstoppable.Raila should prepare to go to bondo to fish omena.

... She is the Voice of Kandara, in Murang'a County. Mark you, she does not have a husband. She represents Single Women. Let us see how far she will go...

There you go! No spouse ( man or woman) can put up with her apathetically nonsensical self indulgence attitude! You can have her if you wish!!

She as corrupt as Alice, if not more! You can have her too since polygamous relations are perfectly legal!

@settled nomad where is it written she must have a husband???Kandara voters voted for him knowing very well hana husband n left the ones who haven't.Markel the german vice chancellor is not married n have no kids??She is always wining agains many men with balls.Personally i admire Wahome coz she is a bright leaders who don't entertain nonsense especially from kenyattas who have corrupted the country?She is always standing tall n straight with sober mind.Alice sue matiangi asses.

Mhalisi, you are beginning to sound like arror and Kimwarer money has finally reached you. Do not sell your soul to the devil pretending you hate RAO. Perhaps you are better off abroad because you are upto no good in Kenya, just selling the country and rūrīrī to the highest bidder. You should be kicked out of Kenya like Miguna and Miguna should come home to fight these despots you are protecting like Wahome who has not done anything for her Kandara people.

Body guards there to protect the MPs from any aggressive competitor who would harm them. They also protect the rich from robbers. So it is okay to have our elected leaders protected. But if the CS can withdraw the bodyguards from Wahome, then it seems MPs can do without bodyguards. So withdraw all bodyguards from all MPs.