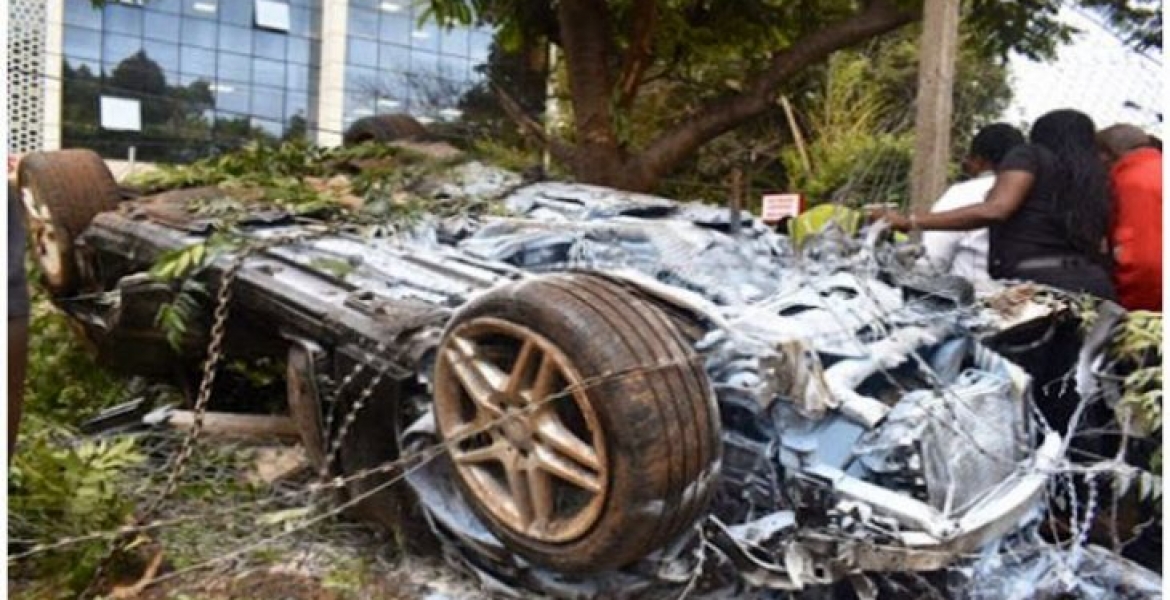 A Kenyan man died a painful death on Sunday morning after his car crashed and burst into flames in Nairobi.

The man identified as Kelvin K. Rono is said to have lost control of his car and rammed several trees near Sunshine Secondary School on Lang’ata Road in Nairobi.

The vehicle, a Mercedes Benz make, then hit a perimeter wall before catching fire with the driver trapped in the wreckage, according to a police report on the incident. Rono was reportedly driving from the Mbagathi roundabout headed for Lang’ata when the fatal crash occurred at around 7:20 am. 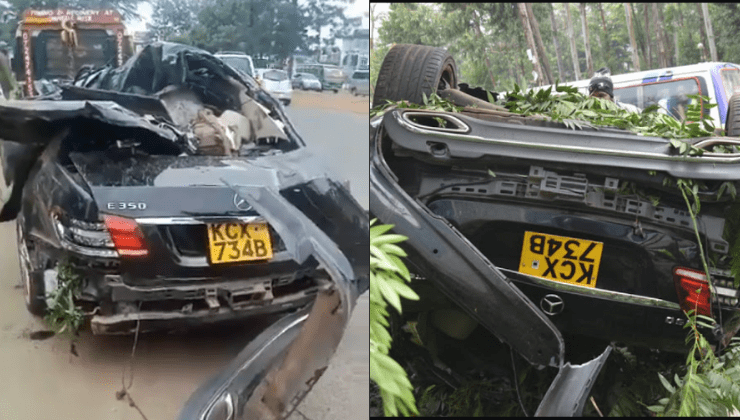 “It happened that the said motor vehicle was being driven from Mbagathi roundabout direction towards Langata general direction,” said the police report.

His body was taken to the City Mortuary.

I hope it want drunk driving anyway it doesn’t matter

Noveau riche show-offs in a-hole countries need to learn how to handle expensive toys. Those roads are be made for 50kph donkey cart rides. Next.