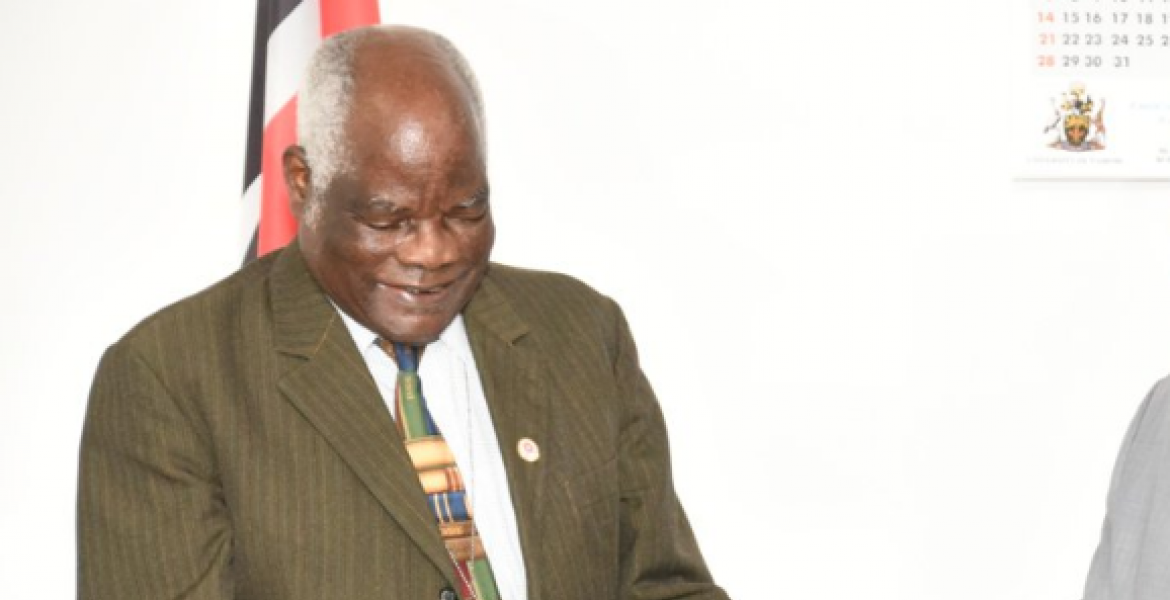 Police have opened a probe into the death of University of Nairobi (UoN) lecturer Prof. Gilbert Ogutu.

Prof. Ogutu was discovered dead in his rural residence in Bondo, Siaya County on Sunday morning by one of his servants, according to Central Yimbo Location Chief Gordon Opundo.

Opundo added that the scholar’s lifeless body was found hanging on his bedroom’s window with a leso tied around his neck in what is suspected to be suicide.

Ogutu, an Associate Professor of Church History, is said to have arrived in his rural home with his second wife on Friday and the couple stayed together until Saturday evening when the wife traveled to Kisumu.

Chief Opundo said the lecturer allegedly went to bed at around midnight on Saturday and appeared alright but his worker found him dead when he went to wake him up at 9 am on Sunday to have a shower.

His body was moved to Bondo sub-county hospital mortuary awaiting a postmortem examination.

'Servants! They still exists? Please use language that goes with the times such as domestic worker etc..