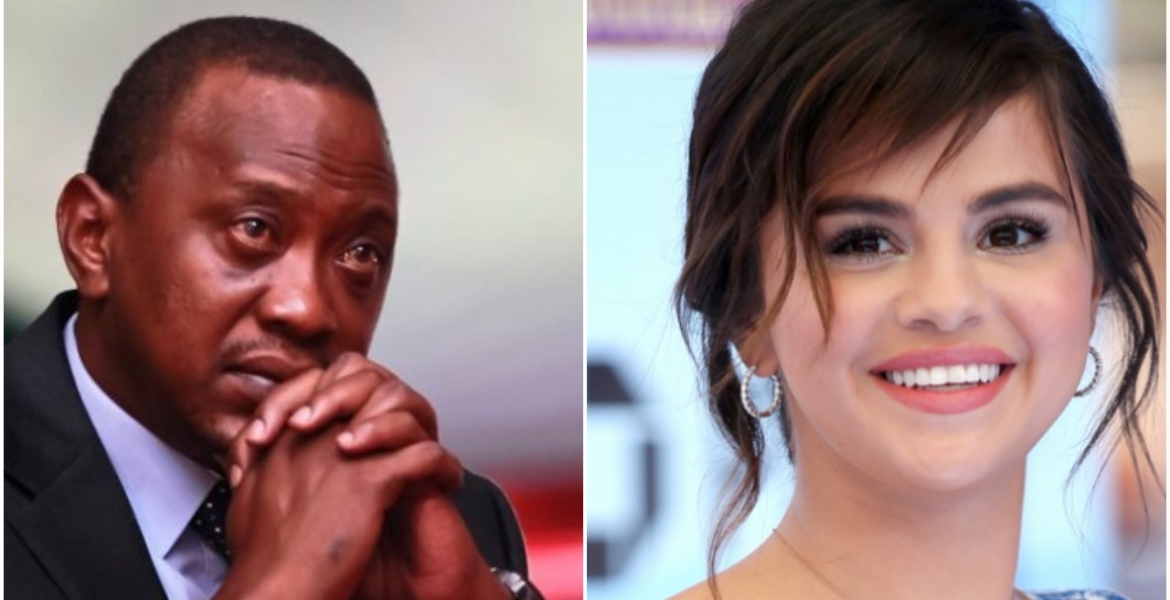 American singer Selena Gomez has challenged President Kenyatta to fulfill a key pledge on education he made in 2018.

In a post on her Twitter page on Thursday, Gomez indicated she recently concluded a tour to Kenya and in the process learned that the promise made by Kenyatta to increase the education budget was yet to be delivered.

During the Global Citizen Concert in December 2018 in Johannesburg, South Africa, Uhuru said his administration would increase funding on education from 17 percent to 30 percent of the national budget.

"Many global citizens have called upon my administration to maintain its education budget above 20% of our total budget but I want to go one step further.”

"This year I pledge to you that in Kenya, our education budget will be closer to 30% of our total budget, making it probably the highest on the African continent," Uhuru announced.

"President Kenyatta, at the Global Citizens Festival in South Africa, promised to increase spending in education from 17% to an impressive 30% of the national budget, but we haven't seen progress or received an update on this yet," Gomez said in a video.

“So we need to make sure it’s front of mind for the president and minister of education and that it’s delivered upon.”

Education changes lives. I recently traveled to Kenya with @wemovement and witnessed firsthand the importance of quality education. I’m supporting @GlblCtzn to call on Kenya to keep its promise to every Kenyan child. https://t.co/hiIJOZA4jM pic.twitter.com/xXGVArlXLr

You can't just go about making promises without keeping them. Kenyans are meek and they will not tell you off but this girl is not. Fight for us Selena. We are cowards.
What a shame! Chinese boys cane us while Mexican girls fight for us!

I won’t hold my breath. Someone is busy campaigning for BBI to continue with advancing family wealth by all means

BBI Is there promotion at the moment

Thumps up Selena for that,education in our country is not well facilitated.

All I see he has to do for this task to be fulfilled is get some serious math and science books,more teachers and money for student's apparel.oh and make sure the students eat.Those books can transcend age so it will be a good investment.

Uhuru Kenyatta is a pathological liar among other things.

Uhuru would care less he has no idea who you are.He is busy with BBI .Welcome to politics however am sure you know that politicians are glorified liars will tell you anything to get your vote .Apart from the free publicity assuming you genuinely care about education in a Kenya how about also talking about any positive things you saw in Kenya.

Yes, at least one Kenyan who can see through this BS....what does she care..does she even know Kenya or just wants to sound traveled and knowledgeable?

Selena should focus on saving her Mexican fellow men, women and children dying by the droves on the US, Mexico border just a few hundred miles from her West Hollywood Zen home.

She is already doing that. Millions of $$. Have you heard of google search?

Hi selena love like a sister pls becareful ok i know u said everything u have to say the truth about u and justin that u both where not perfect. YEA both decided to move on. I know u got hurt speaking people where jealous and texting u instead to tell u in ur face. Thats why u are special person ok in my book. The conclusion u and justin break-up the answer leave it as is. 😍😍 i wish u both justin handled differe ntly. P.s. now u both experience,backstabbing,jealous,ok i love u girl since barney ok i love u u love me where a happy family and great big kiss and a hug from to u wont u say u love me too remember selena wishing u a love,peace,and much love,and happiness,😋😋😋