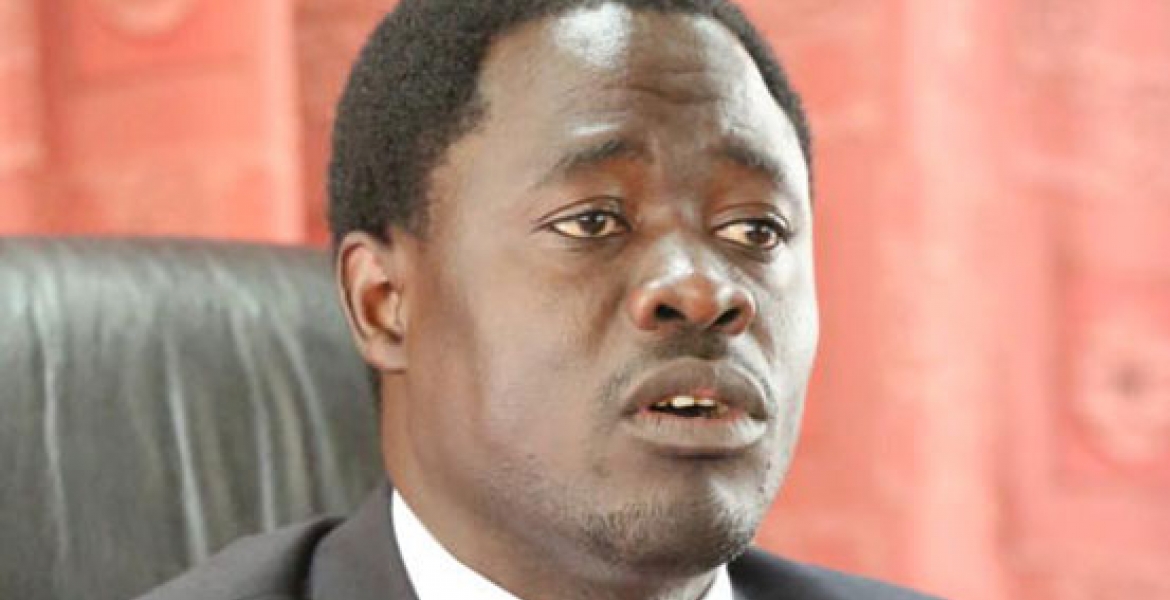 Kaluma, who wants the Children Act amended, argues that magistrates who are not married lack experience in family matters hence unfit to hear such cases.

Kaluma appeared before the National Assembly Labor and Social Welfare Committee on Thursday to defend his proposed bill. He said cases involving children should only be handled by magistrates with experience in family matters.

“We need people who are mature and have run families, people who are settled and know that every decision they make can destroy the life of a child completely,” said Kaluna, who has in the past battled a protracted child support case.

Kaluma acknowledged that there is a shortage of magistrates in the country. For that reason, he said the only unmarried magistrates who should preside over children cases are those of the senior cadre.

Kaluma, an attorney, lamented that low-cadre magistrates presiding over children cases have been making unpopular orders that work against the interest of the child, hence affecting their future.

“Some of these weird orders on child custody are issued by these single magistrates who just [recently] graduated from the law school,” Kaluma said.

Kaluma gave an example of a 10-year-old girl who broke into tears soon after a Mwingi magistrate court ruled in favor of her mother in a child custody case in January this year. The girl was disappointed by the court's decision to transfer her from her father's custody.

Kaluma will proceed to publish his proposals after the committee adopted them on Thursday. Kaluma also seeks to introduce changes to the Children Act to bestow equal responsibility for the custody of a child in both the mother and the father whether they are married or not.

“The Bill provides that neither the father nor the mother of the child shall have a superior right or claim against the other in the exercise of such parental responsibility,” reads the Bill.

“The Bill amends section 24 of the principal Act to make it mandatory for the father and mother of a child born to have parental responsibility of the child whether the parents were married at the time the child was being born or did not subsequently get married.”

What about divorced magistrates? Should they handle children cases?

He wants to take us on a hair-splitting roller-coaster. What does PERSONAL STATUS have to do with being a judge? I can bet my last coin that we will find lawyers, magistrates and judges who have a history of spousal abuse...rape, sex with minors... THIEVERY (good example in Kenya) and other misdemeanors and/or felonies still handling similar👆 cases in Kenya. I feel dizzy already!

Unmarried magistrates does not mean they have never been married or they do not have children. This fool needs to have several seats. The whole of judiciary is for sale. Whoever grease the hands of the judge wins the case.

Nearly every magistrate in Kenya have been involved in personal family issues ranging from children, land, other property, cows, goats, cats and dogs pertaining to themselves, relative and friends.

Many of them (both married and unmarried) are highly compromised because they are also colleagues with other ‘learned friends’ in the judicial system!

Kenya would have to hire some Angels from Heaven to settle children issues where divorce and other family issues are involved.

MP Kaluma - why not come up with a strict legislation to bar corrupt MPs and other politicians who are blindly stealing from the poor Kenyan people from running for any office in the country? Passing such a legislation would be a time that is wisely used to benefit the public!

He has a bone to pick with unmarried magistrates.His argument sounds dumb considering he is a lawyer by profession and should know better.Marriage does not add wisdom and not all married people have children.The worst philanderers are married men and some women always looking for the next young thing to screw around with and as some one commented the judiciary is up for sale.If you bribe the judge you win no questions asked this applies to both married and unmarried magistrates, and judges.

This FOOL wants to change every law to suit his narrow minded anger at his ex. He has been at it for along time.
Someone tell him that courts are not designed to raise your kids or care that much; they did not help you procreate. If you and your ex cannot sit down and figure out the interests of the kid, do not expect the govt to do it. You engaged in adult games, take charge of responsibility. Their job is to settle your nonsensical acrimony according to the law.

Does it mean a judge who has never stolen or raped or killed should not handle cases unrelated to who s/he is? The thinking of some of our lawmakers is as weird as they are.