You Can Only Stop Me By Killing Me, Ruto Says 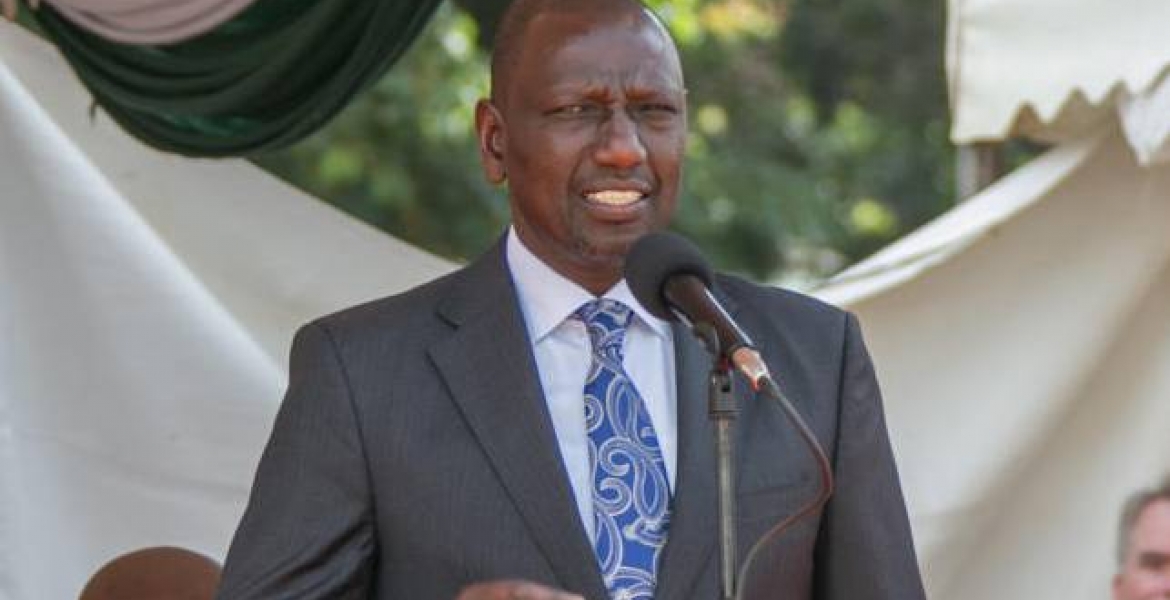 Deputy President William Ruto claims that the killing of Sergeant Kipyegon Kenei, who was attached to his office, was meant to intimidate him.

Addressing mourners during the funeral service of Kenei in Solai, Nakuru County on Saturday, a seemingly furious Ruto alleged that the murder of the police officer was part of the plot to bring him down.

He denied involvement in the Sh39 billion fake military equipment tender, accusing the Directorate of Criminal Investigations (DCI) of shifting focus to his office instead of pursuing the masterminds.

“My office has no relations to the Department of Defense (DOD) we do not procure guns at my office, this is a plot to undermine me, no one is focusing on the real culprits, they are now fixated on my office,” said Ruto.

“Those who killed Kenei will not find peace, we will find them and those plotting against me, maybe you could kill me but I will not be intimidated,” he added.

He further claimed that the DCI was being used to fight him in an effort to stop his 2022 presidential ambition.

“Nataka kwambia DCI awachane na siasa, focus on police work and getting to the bottom of who killed the officer Kenei,” he said.

Kenei, who was on duty on the day former Sports CS Rashid Echesa and his accomplices visited DP Ruto’s office to strike the alleged Sh39 billion scam with two foreign nationals, was found dead at his house in Nairobi’s Imara Daima estate on February 20th. He had a single bullet wound on his head.

Through Twitter on Saturday DP Ruto said: "The DCI has been mobilized, for political reasons, to discredit & destroy my office with all manner NONSENSE and to bring me down. Those in this scheme are boasting that I will not be there soon. Since the system cannot elect anybody, they can only kill. But there is GOD in heaven"

DP Ruto is beginning to break down over the killing of Kenei. Kenei’s spirit is seriously haunting Ruto!

Ruto’s actions have put him in a very tight corner that he finds it very hard to escape. All the reasons he is talking non-stop blaming others to creating a confused environment with the DCI to minimize the murder.

What better empty talk than blaming your opponents for a murder so well planned in your own house? The DCI should not be distracted by Ruto’s connanship narrative.

DP Ruto seems to nearly confess about knowing more about who murdered Kenei. He should be willing to record a sworn statement to say what he knows.

You can’t kill a police officer to cover up a crime because you think you are politically unstoppable! Ruto’s hot narrative is quite familiar and should be quickly investigated as he continues to break down!

Everyone of sane mind can deduce that Ruto has been set up. Amateur style if I may say. It’s understood that the two foreigner crooks who were alleged to supply firearms have been secretly shipped out in middle of darkness. They were hired mercenaries just like we have seen before. They used Echesa as a tool to get into DPs office. And did it when they knew he wasn’t in the office.

When a man begins to hallucinate over uncontrollable events, he says so many things, and begins to see some imaginable shades of the next life; to include dreaming of his own death.

The pursuit of fame, prosperity and a glorious life can end up into some self made psychological depression regardless of ones status in life. A familiar weird situation that is currently happening right in front of our naked eyes!

Then so be it.You have tear gassed school children all in the name of land grabbing, supposedly a champion chicken farmer who makes billions selling eggs ,tried to bribe your way to the presidency with questionable donations and now one of your most trusted security turns up dead under suspicious circumstances.Yah I think it is time that those who rule by the sword also die through it.It is only fair