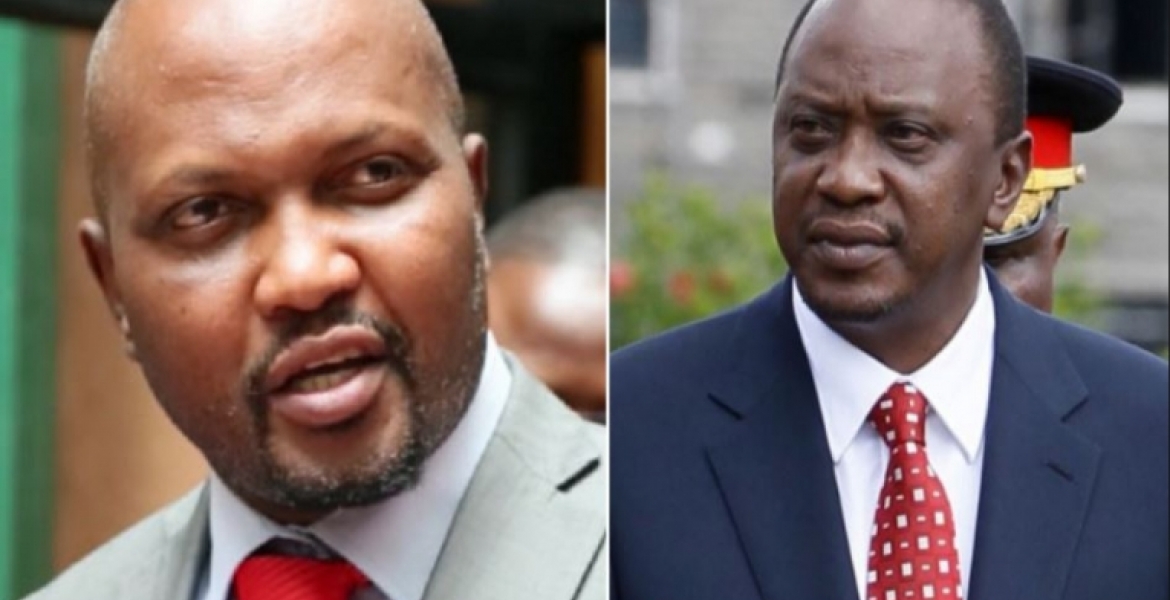 Gatundu South MP Moses Kuria has taken a swipe at President Kenyatta, accusing him of wasting his second term.

Speaking when he accompanied Deputy President William Ruto to a function at Kandara Technical Training Institute in Murang’a County on Friday, Kuria claimed that Uhuru has nothing to show more than two years into his second and final term in office.

He alleged that the development Kenyans are enjoying at the moment including the construction of roads, the connection of electricity and free maternity services were achieved during Kenyatta’s first term.

He claimed that all President Uhuru has done in his second term was advancing his alleged unity pact with ODM leader Raila Odinga through the Building Bridges Initiative (BBI).

"Do you see any development in the country now? There's no progress coming from that house, even a rat can't find something to eat. This term is utter nonsense, a complete waste," he added.

He dismissed claims that BBI is meant to unite the country, terming it a plot by selfish politicians to create leadership positions for themselves.

"All the people you see here are just out for their own self-interest. I don't have a problem with BBI, I have a problem with a BBI that seeks to fix politicians in certain positions. It is this BBI that I reject and I will continue rejecting it even if it costs me my life."

These politicians get funnier by the day. MP Kuria have nothing to show for the CDF money that he shares with his own family and relatives. Development should start from him as a local MP.

Of course Kuria is disappointed with Uhuru’s leadership because Uhuru is fighting him for being corrupt. Every graft oriented politician seems to be well received at DP Ruto’s Harambee House office where they have started killing those who know something about their scams.

Save us some space Kuria when you start talking like a mad man running naked in the market place on a broad day light! What kind of foolishness and nonsense is this corrupt MP talking!?

It appears you aligned yourself with the wrong group.Your point man may not be the next president that means politically you are finished quit while you are ahead.No one is interested in your dead body.Of all people to betray the president would be a mpig from his own backyard figures what happened you asked for seconds at the table and were told no hakuna.You are either at the table “eating” or part ofthe menu.This time you are on the menu look at Waititu and see yah life now hapo ndipo unaelekea.