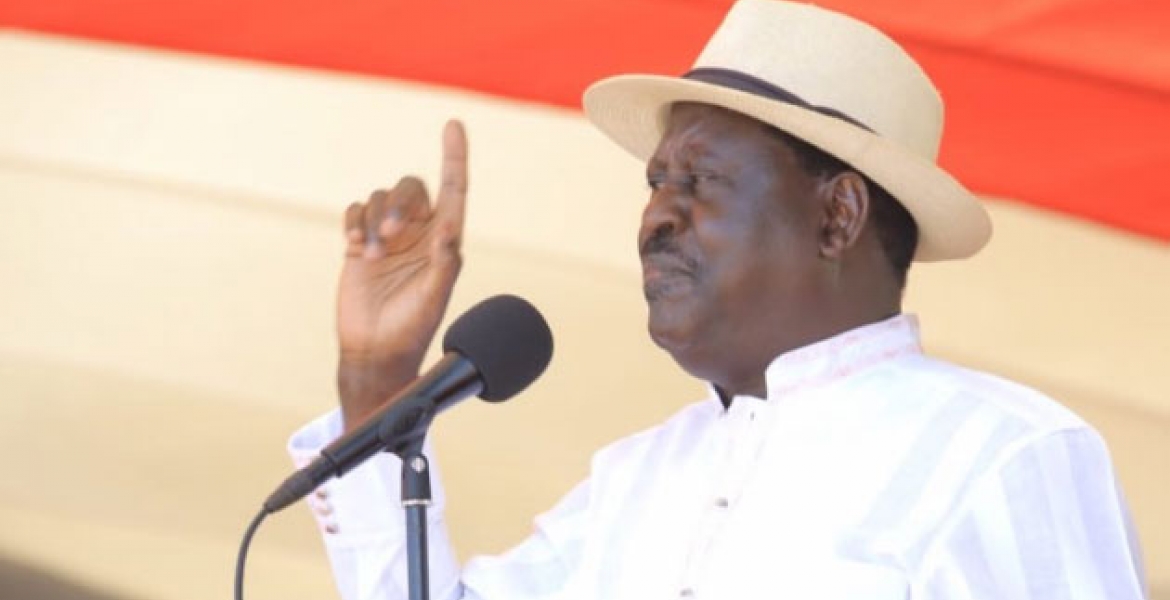 Odinga, through a statement dispatched by his spokesperson Dennis Onyango on Monday, dismissed the reports as false, saying he only met Mombasa Deputy Governor William Kingi during his trip to the port city.

“During the Mombasa visit, Mr. Odinga did not meet with any of the leaders of the Coastal counties or their deputies, except the Deputy Governor of Mombasa County Dr. William Kingi. He didn’t meet Deputy Governor of Kilifi County,” reads the statement.

“Mr. Odinga appeals to the public to treat reports indicating otherwise as lies and malice. He appeals to Kenyans to treat such reports as the work of people who have failed to comprehend the magnitude of the challenge the nation is facing and instead find pleasure in abusing social media platforms to spread misinformation to cause fear and panic, a trend the State must arrest urgently.”

Raila further announced that he has suspended all public gatherings and meetings as well as trips outside the country over the virus and is working from home.

“As the State makes frantic and commendable efforts to secure the country, Mr. Odinga appeals to Kenyans to continue obeying directives from the Government including frequently washing their hands, staying away from crowded places including places of worship, streets, and bars, staying at home and relying on factual information that the Ministry of Health is providing on a daily basis,” the statement read.

Saburi is among the eight people, including five Kenyans, two French and one Mexican national who were found to have Covid-19 as announced by the government on Sunday.

He is accused of defying the government directive requiring all people arriving from outside the country to self-isolate for 14 days. Saburi returned from a trip to Germany on March 6th.

Raila needs to be quarantined by force. He will not do it voluntarily. He must be lying that he never met the deputy governor. QUARANTINE Raila immediately to avoid the spread.

Raila, you should learn how to swallow your spoilt-brut mentality and save not only your family, but your people. Simple social-political arithmetic: there is no way you could have met Kingi without Saburi's sychophancy hanging around. Call toll free number #791 and emergency team will come pick you up for free and quaranteen you at Mbagathi. Ukweli unaoficha ficha utachipuka tu baada ya siku 14. I know you can't belief your selfish and custom-tailored BBI also mistakenly caught corona virus and is now hanging on cobweb's strings. Just like dying, the best thing about corona is that it is not selective, haibagui, haichagui, haipotoshi, haitetesi... inafagia waliokuwemo wasiokuwepo na wasiokuwemo. Raila nenda pimwa mapema mapema wacha kiburi.

He is in high risk group in other words senior citizen.

Many of us will be happy if some evil pple get it coz they have caused enough problems in this country.