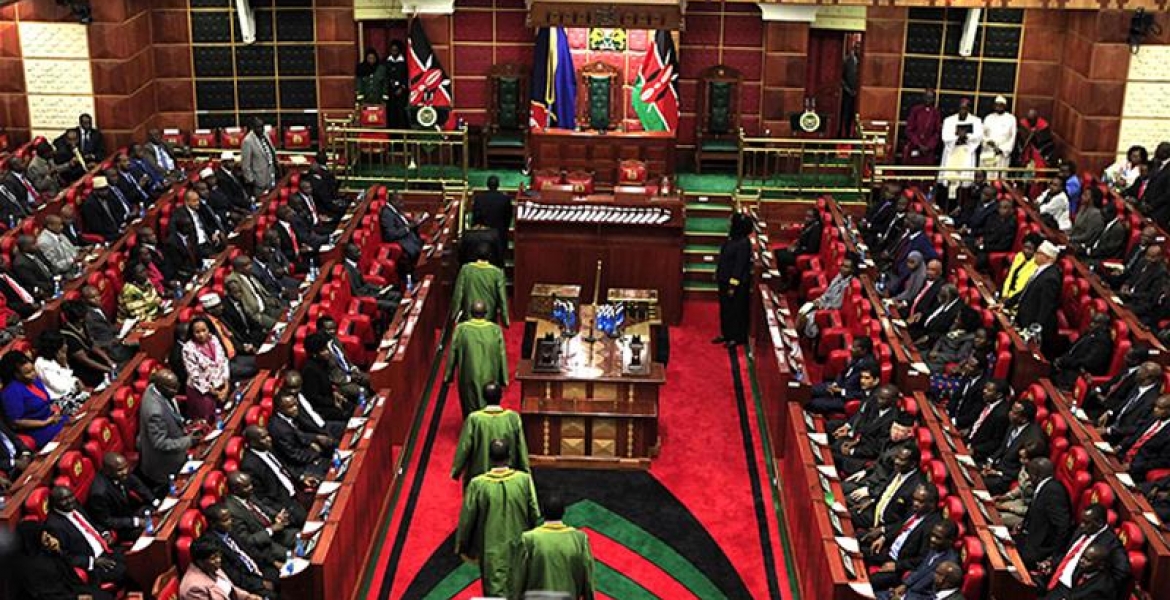 At least 17 Kenyan MPs and several parliamentary staff have tested positive for coronavirus, according to reports.

The MPs were diagnosed with Covid-19 after taking voluntary coronavirus tests last week, The Star and K24 Digital report.

An MP who spoke to The Star but declined to be named said this was the reason why Senate and National Assembly sittings that had been scheduled for this week were canceled on Monday.

“They are suspecting 17 Members of Parliament have been tested and turned positive. The information is not clear but it's members and staff. So that is the reason why the House was suspended,” the MP said.

Last week, Daily Nation reported that parliament had submitted to the Health Ministry a list of 38 MPs and about 15 parliamentary staff for Covid-19 testing.

This was after the MPs, who are members of two House Committees, allegedly came into contact with Rabai MP Kamoti Mwamkale, who later tested positive for the illness.

Mwamkale, who is believed to have contracted the virus from Kilifi Deputy Governor Gideon Saburi, interacted with his colleagues during committee sessions last month.

In an interview with The Star on Tuesday, Senate Speaker Kenneth Lusaka did not confirm or deny that 17 MPs had contracted Covid-19.

“You know testing was voluntary and very confidential, the doctors give results to individual members even for the testing,” Lusaka said

“I can only talk of myself because I did the testing here together with my family and security. I know my results, that I am negative but for the rest of the members, they have been given results individually.”

“The only person who would know the status of who was tested is the individual and Ministry of Health. I cannot speculate or say it has happened,” he added.

He, however, denied claims that House sittings were called off after the MPs received positive Covid-19 results and clarified that the cancellation was due to President Uhuru’s ban on movement of people in and out of Nairobi metropolitan area to contain the spread of the virus.

Omg did he just fk'n say Covid 19 results are confidential? Kenyans are gonna die in large numbers because of poor leadership! if u don't tell people u are or u tested positive so the ones that came in contact with u can isolate then people will die like flies!

If this could be true, within few months kenyas health care system would turn out to be the best in the world

Agree. A fusion between Covid-19 virus and Mpigs could result in a unintended positive outcome for Kenyan health sector

Who knew there would be an upside to the virus. God works in mysterious ways.

@Jama i agree with yoo coz this always greedy pigs will have no choice but to fix our healthcare system juu wanatretiwa huku na sisi.If it's yeye 17 pigs r infected what about their families n other pples thru met???Bro either this korona is hoax or whoever made it must b very smart juu itamaliza watu wengi sana.I kinda agree with the guys who r talking about 5G

Corona this time hit the right target. Knowing this time nobody will get out of Jamuhuri they will do juu chini to fix our health system. Nairobi hospital does not have enough beds for all of them. It will be first come first served.

The coronavirus have made all “animals in the Animal Farm” to become very equal in the face of unknown calamity!

With overseas trips cancelled, all Boeing 707s parked at the Airport grounds and Nairobi and other towns being locked down, the best the politicians can do now is hurriedly fix the Kenya medical system to provide the necessary services to all Kenyans in accordance with the law.

All Im saying is simply that unknown ghost have forced the politicians to now fall in love with the Kenyan doctors that they have never trusted in the past 58 years.

The test may be confidential to the extent that the MP testing positive for covid-19 can conclusively identify the people he/she come in contact with. Now, how about individuals the MP cannot remember? As always Kenyan MPs are not held responsible, a situation that will encourage infected MPs spreading the virus to their political opponents and isolating only from immediate family members. So many Kenyan politicians are infected with this coronavirus considering their appetite for overseas travel especially to countries now known the virus started spreading. This is a respiratory infection and anybody can get the virus. Kenyan politicians, please take the example from British Prime Minister and stop hiding your coronavirus symptoms.

God's revenging for the voiceless.

I don't see any revenge here, the poor are vulnerable and infected as well. What we have is a lesson from God letting us know we are all equal in his eyes. But as boasting, greed and confused world creatures we will never learn.

Lusaka must be really daft. So now testing is confidential?

@seneca - what is your point? Do you want every sick person to be announced in the market place on Sunday noon? How damn could you be??

Why do we have to be name calling and belittling each other to send a point. Why is this guy damn. If a patient want to expose their illness what's wrong with that. We all know this is an new acute killer hence letting people is ok. Chill its not aids chlamydia syphillis or genital herpes

I am not sure if you meant dumb or damned but your pedestrian communication does not appeal to my senses. It is important, very important, that these diagnoses are made public because Kenyan leaders roam around too much. If Reps and VPs in the US and EU are named; why should these small fish, non-performing twats be exempted? It should be a Public Health duty to name them. Hutu tuakili tudogo dogo ndo narudisha Kenya nyuma. You are responding because you have free data and can use your thumbs. Surely, your head is not only tasked with housing your teeth!