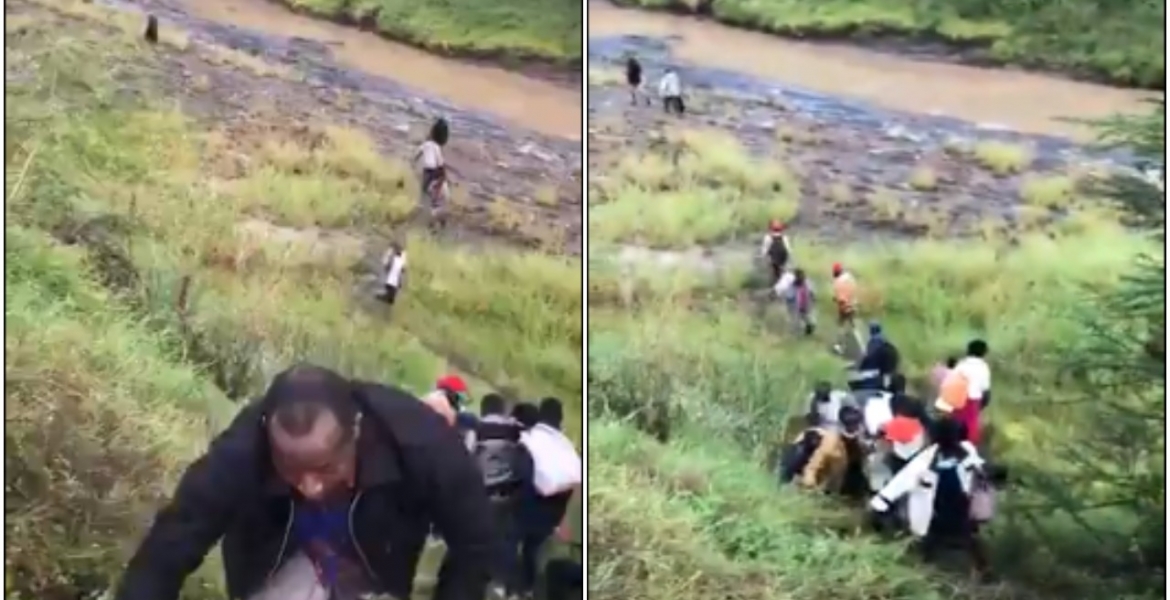 Hours after President Kenyatta banned the movement of people in and out of Nairobi metropolitan area to stem the spread of coronavirus, it has emerged that some Kenyans are flouting the directive.

A video shared on social media on Tuesday shows a group of Kenyans using shortcuts, locally known as ‘panya routes’, to cross into Nairobi metropolis after police barricaded all roads leading to the city.

In the video reportedly captured in Kangundo, dozens of Kenyans are seen trooping into Nairobi on foot using an informal pathway near a river to escape the police roadblock placed on the main highway.

One of the men in the video bashes the government for making decisions that hurt ordinary citizens.

People don’t want to stay away from Nairobi.... pic.twitter.com/boMF6Gd006

On Monday, Uhuru banned travel in and out of Nairobi metropolis, Kilifi, Kwale and Mombasa counties for a period of 21 days to contain the transmission of the virus. The four are the most affected areas with Nairobi accounting for 82 percent of total Covid-19 infections in Kenya.

“Any person, motorcycles, scooters, vehicles, vessels, railway wagons or aircraft shall not be allowed in the Nairobi Metropolitan area, Kilifi, Kwale or in Mombasa,” said Uhuru.

Unfortunately Kenyans are just naturally born idiots whose idea of the rule law is foolishly interpreted in their own selfish minds.

A good example is Saburi himself, as well as those sneaking back into Nairobi! Kenyans have a long way to go to free their little minds!

How long can these folks do this. Too much trouble. Hizi pandya routes (vichochoro) will be found. Ati sisi hatuna corona!

Kenyans be warned here of the dangers of courting a tiger or a cobra. CORONA is not a COROLLA

I don't condone what they are doing... but a NOTICE, as given to the Coast region, would have gone a long way in compliance. Nairobi's orders started same day...what about people who were out of town... on buses travelling across the country.... AT LEAST 24-36 HOURS were needed. Why stretch your stretched selves to enforce unrealistic orders...