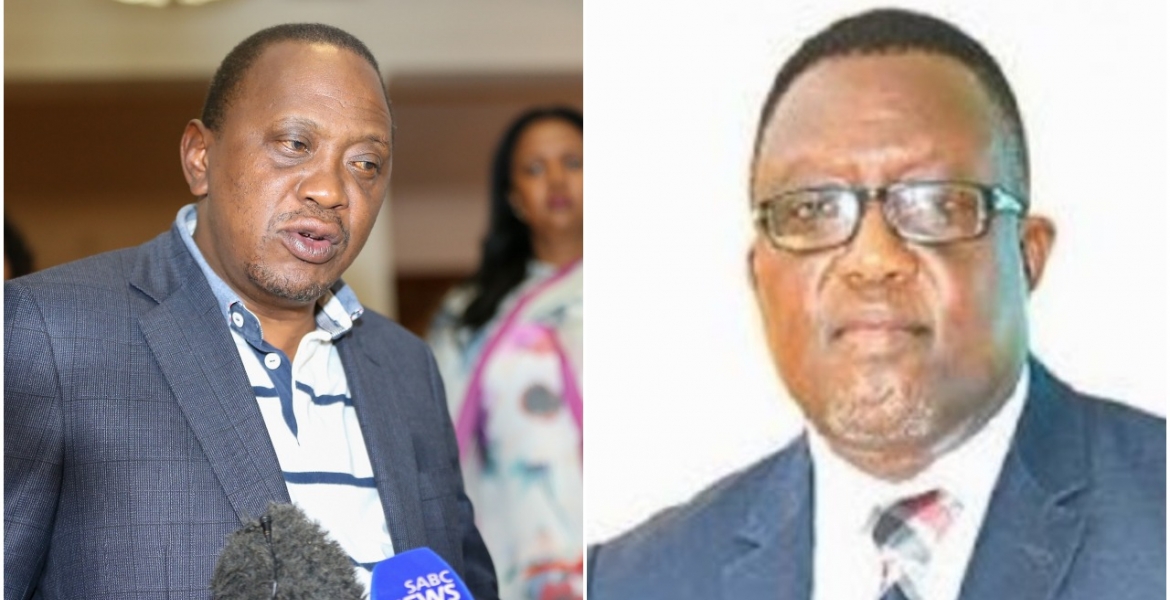 President Kenyatta says he personally ordered the arrest of Kilifi Deputy Governor Gideon Saburi for defying quarantine order and spreading the coronavirus disease in the country.

Uhuru, in a joint interview with three Kikuyu FM stations on Tuesday, said Saburi should be imprisoned for 10 years to serve as an example for those who put the lives of other people at risk.

“…[T]he Kilifi Deputy Governor, who is expected to lead by example, flew all the way from Germany traveled to Kilifi through Nairobi and Mombasa while infecting people with the disease just because he is a leader,” Uhuru said during the interview with Innoro FM, Kameme FM, and Coro FM.

“And that is why when he recovered from the virus, I ordered he be put behind bars so that it serves as a lesson that no matter your status in society, you have no right to move around infecting people with a disease just because you are a leader,” he added.

“He will remain in custody and I’m praying that the court hands him a jail term of up to 10 years because of the number of people he has infected in this country.”

Saburi was arrested on Friday after he was discharged from Coast General Hospital, where he was receiving treatment for Covid-19 and recovered.

On Monday, a Mombasa court ordered he be detained for three days pending a ruling on his bail application on Thursday. The prosecution is seeking to have him held for 14 days to allow police to complete investigations.

During the interview, Uhuru urged Kenyans to strictly adhere to the preventive measures issued by the government.

“You are the doctor of your life. Please adhere to the protocols set out by the Ministry of Health to protect yourself and your loved ones. Prevention is better than cure,” he noted.

@Romeo - and all your 5 fingers are directly pointing at you, as you think it is ok for Saburi to cause panic across Kilifi and he spread the coronavirus. He is a knackle head alright!

That is the reason he needs to be jailed for 20+ years so he can have enough time to think about how his silly actions affected others.