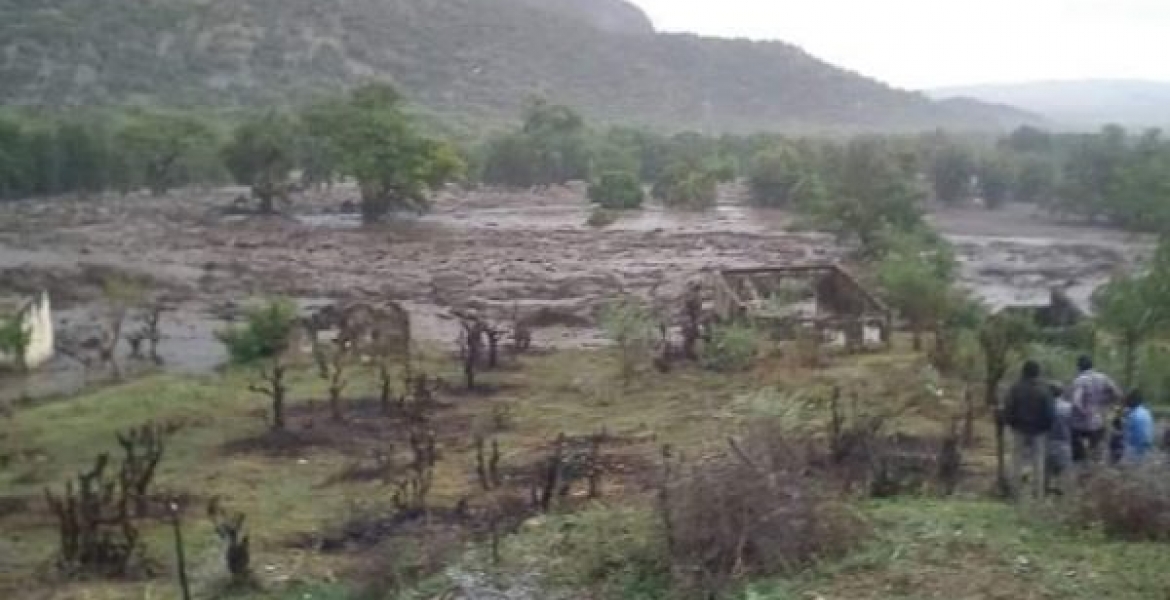 At least 15 people are feared dead following flashfloods and mudslides witnessed at the border of Elgeyo-Marakwet and West Pokot Counties on Saturday evening.

Several areas, including Chesogon trading center, were cut off as a result of heavy rains, according to Elgeyo-Marakwet Police Commander John Mwinzi.

Kenya Red Cross said the tracing of about 15 missing persons in Kipchumwa and Kaben areas is ongoing.

Government spokesman Col. Cyrus Oguna said three people have already been rescued and are set to be flown to Moi Teaching and Referral Hospital in Eldoret for treatment.

“A search and rescue operation is currently in progress and already three persons who suffered serious injuries have been rescued and arrangements are being made to airlift them to Eldoret for specialized treatment,” Oguna said in a statement.

“The Government has initiated a response and has dispatched a multi-agency team comprising officers from the Ministry of Interior and Coordination of National Government, and the Ministry of Devolution & the ASALS to the area to gather information and advice on necessary interventions.”

Among persons who are reported missing are police officers after a local police station was swept away by waters.

The government has advised people living in areas prone to flooding and landslide to move to safer grounds until the rains subside.

The Kenya Meteorological Department on Wednesday issued a flooding warning to several counties including West Pokot, Baringo, and Elgeyo-Marakwet.