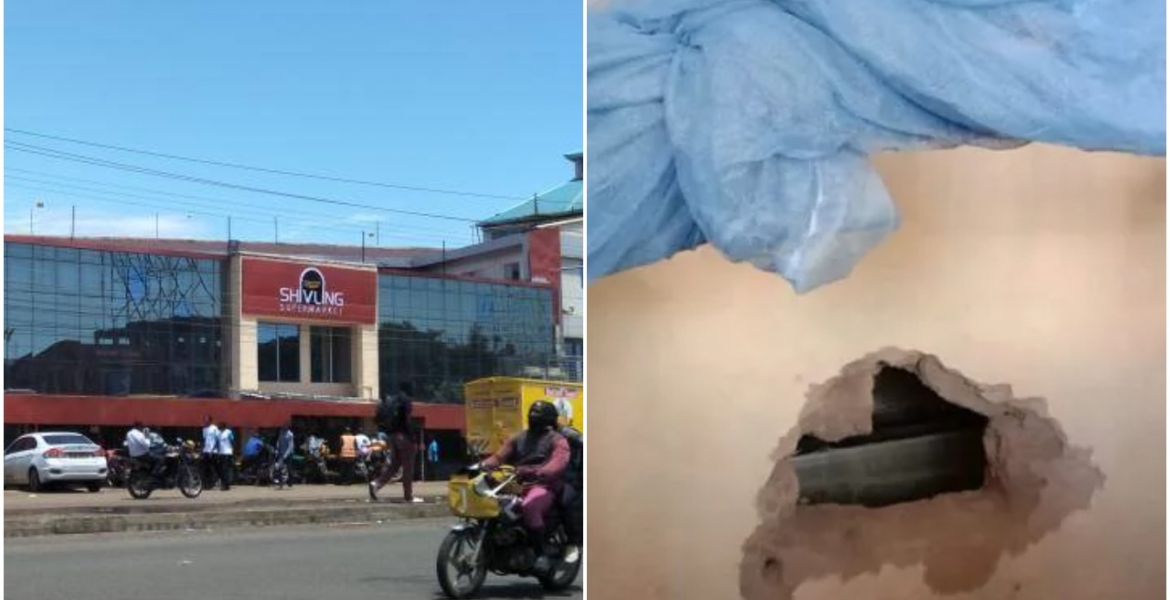 Police in Kisumu have opened a probe into an incident in which a daring robber drilled through a wall of a supermarket on the night of Tuesday, May 19th, and made away with money and other valuables.

The lone suspect is reported to have booked a room at Hotel City Park which shares a wall with the recently-opened Shivling Supermarket.

He then dug through the wall from the hotel room to gain access to the retail shop and stole an unknown amount of cash as well as TV sets of unknown value.

It is not clear whether the man carried out the late-night robbery alone or he colluded with other persons.

Wednesday morning was a normal working day for Shivling Supermarket employees until they discovered a hole in the wall, missing cash and TV sets.

By the time the hotel management learned about the robbery incident, the suspect had already checked out of the room.

The retail store located at Kondele along the Kisumu-Kakamega highway opened its doors less than two months ago.

Hahaha 😂😂😆😅.flat sscreen t.v.s Will end up in carpeted mud huts. Anyway the hard working thief/hustler will be able to follow up covid updates at home. . D.t Dobie. Should now employ extra security lets they loose a Benz.

How did he manage to carry the TVs out of the hotel without baby of the workers noticing something odd? When did he take the stuff he dug to make the hole. Was his room not getting service? This smells like a job that involved more than one person.