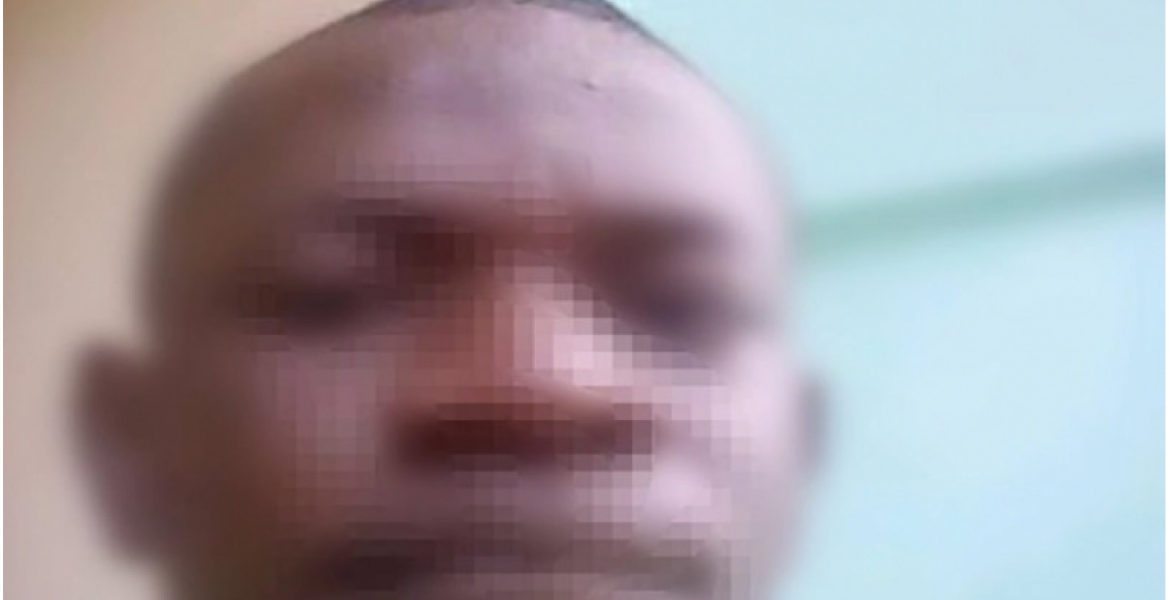 A 30-year-old Kenyan man who went into hiding after sealing off his wife’s genitals using superglue has been arrested.

James Kifo Muriuki was nabbed by detectives from the Directorate of Criminal Investigations (DCI) from his hideout in Kinango, Kitui County on Thursday, May 21st.

Kifo reportedly committed the heinous act after luring his spouse to River Kathita in Tharaka-Nithi County on the night of Saturday, May 16th, where he ordered her to undress and name all the men she had slept with while he was away in Nairobi.

He allegedly stuffed pepper, onion, and salt in his wife’s private parts before applying superglue mixed with sand to ‘seal it off’.

He also glued her ears, and mouth before fleeing the scene and leaving her behind. The helpless woman reported the incident to Marimanti Police Station and was taken to Marimanti Sub-County Hospital for treatment.

The two left their home but when they reached Kathita River, the husband turned against his wife. Rutto said the suspect is a known criminal in the area and was on police radar for other crimes.

Kifo was arrested alongside another suspect James Murogi Maingi, who was harboring him in his house. The DCI said Murogi is known for practicing witchcraft within Kaningo.

Kifo will be arraigned in court to answer to charges of sexual assault.

The Kifo name has Bad power.

... As a 25 year old Kid, Guest1, you should not be commenting on Adult Contents.

Yap. We see the name change from Guest1 to Guesit1. We are not fooled by this. You are still the same person. You are a girl, you are Luo, and you are only 25 years old.

@Mwakilishi should start requiring an ID, to post comments.

The names James Death, what in the world kind of troubled guy is this?!!!

Wonder how the witch doctor failed to use his powers to “hide” you.

Which is better CIRCUMCISING it or sealing it?

Name should have been a red flag to the wife. She ran a red light like many due to emotions

Atleast he did not kill her instantly for promiscuous behavior. She could have killed him with STDs.

Jury will decide on this case.

So that is what you do to Chinese women? And what do they do to you?? Cut your small dick off!?

We have no time to waste cows and goats need to eat?

Which is better cutting it or sealing.

This story is fake.
How did Mrs Kifo manage to report the incident with a sealed mouth. 😶😶😅😅

They both must be having Mental problems. Him, for his known problems with the Law, and her for accepting to be his Wife.