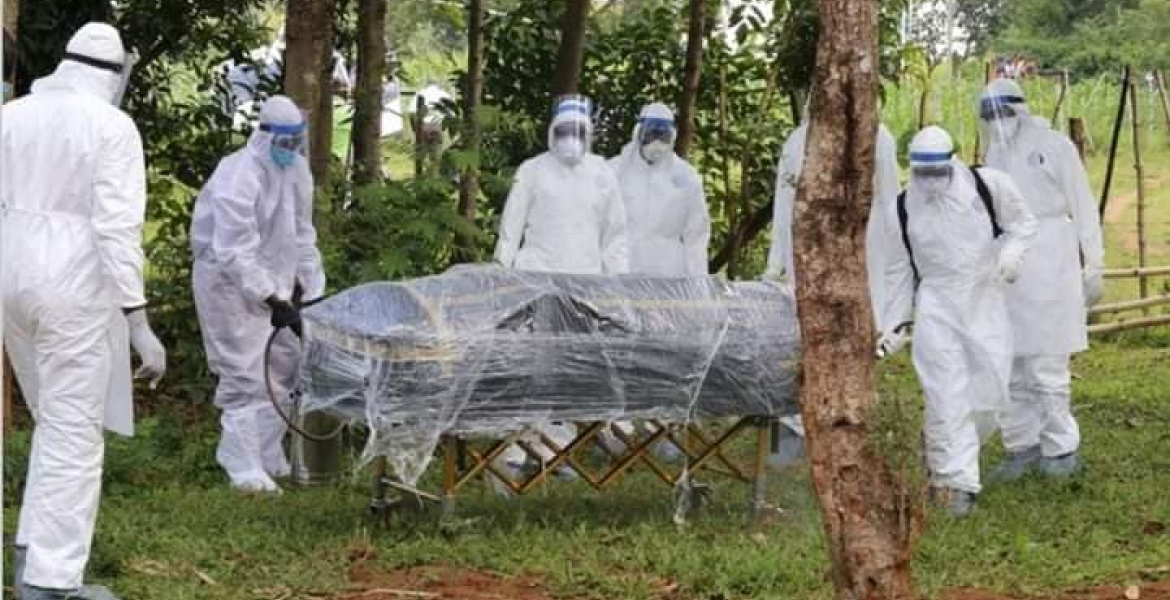 Waswa, 48, was laid to rest in Sirisia, Bungoma County on Wednesday, May 20th, six days after he died while undergoing medication at Aga Khan Hospital in Nairobi.

The casket carrying Waswa’s body was completely wrapped in polythene-like material and was handled by several Health officials donning full Hazmat suits. The officials were also pictured fumigating the coffin as well as the graveside during the ceremony that lasted one hour. 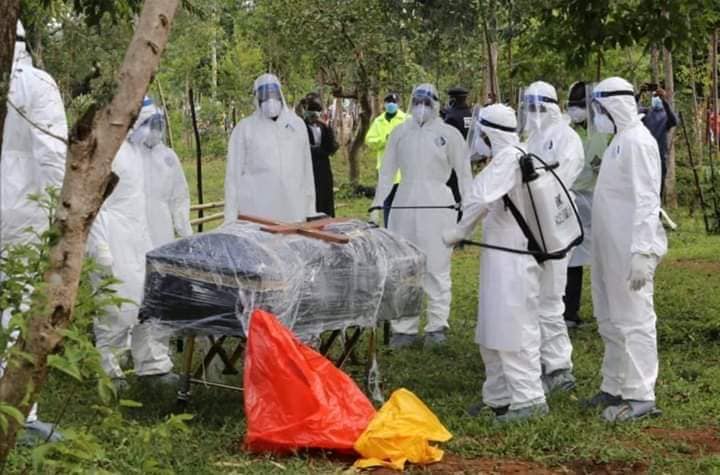 Until his death, Waswa served as the personal assistant to his brother Tim Wanyonyi, who is the MP for Westlands.

Addressing mourners at the ceremony, Senator Wetang’ula thanked President Kenyatta for providing the helicopter that airlifted Waswa’s body from Nairobi to Bungoma. He also urged Kenyans to strictly adhere to Covid-19 regulations issued by the Health Ministry.

"We are humbly requesting our people here in Bungoma, as this is a border county, to ensure they put on masks, sanitize their hands, and adhere to social distancing directive because this pandemic can only be contained by prevention," he said. 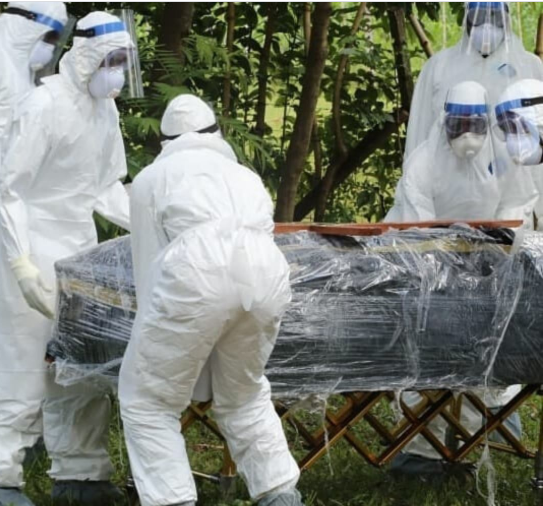 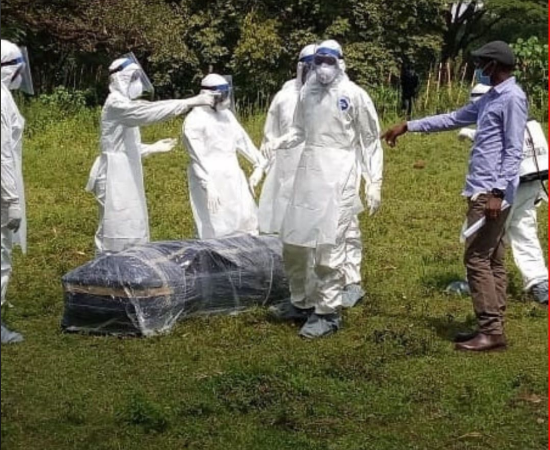 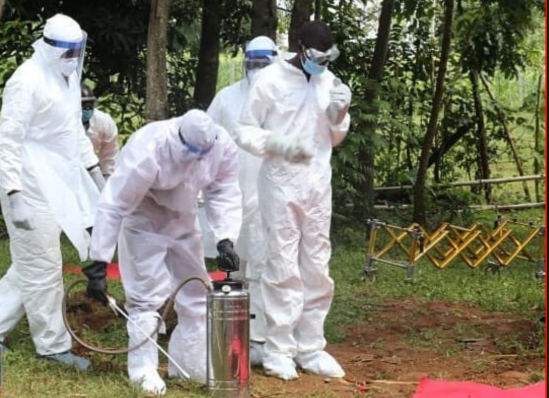 When this decease starts hitting close to home within the political class then the government will start taking it seriously and come up with strategies to defeat it instead of holding daily press conferences to release numbers. I senior scientist at KEMRI was fired becasuse he did not have the numbers in time as if numbers will solve the virus problem.

ati tight security. Who will dare come close to a dead covid body? Please use resources where they are needed

Your question made me Lol. But hey: Wailing waMulembes will come close to a beloved Covid dead (without second thought).