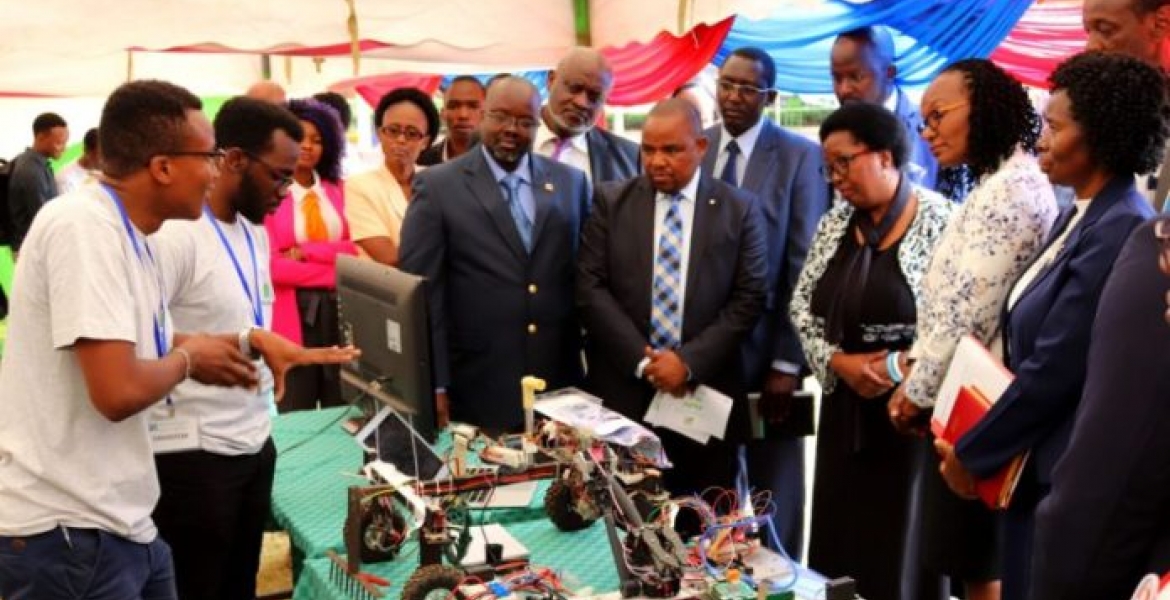 The two—Michael Mwaisakenyi and Kenneth Gichira—were declared the regional winners of the 18th annual Imagine Cup Competition and will each bag $8000 (Sh854,800) in cash prize.

Dubbed The Knights, the two innovators won the competition after using artificial intelligence to make an automated robot that identifies and eliminates weeds from rows of crops.

The robot uses cameras as sensors to gather input from the environment and eliminate the need by farmers to use environmentally harmful pesticides in their weeding.

“There is an opportunity to eradicate weeds mechanically without the use of herbicide while still increasing crop yield and reducing pollution… We are passionate about solving the issues of food production through technology because food is essential to life,” Mwaisakenyi explained during a past interview.

The competition had six teams and advanced through hackathons, online semi-finals, and virtual regional final events, bringing together finalists via Microsoft Teams.

The two Kenyan students have now earned a place at the World Championship to compete for the 2020 trophy on the Microsoft Build digital event.

“Imagine Cup has always aimed to empower students to use their imagination and passion for technology to develop innovative and inclusive solutions that tackle key societal issues. With an increasing focus on bringing the world together digitally, we’re continuously encouraged by the projects young developers create to make a difference,” Kendi Nderitu, Country Manager for Microsoft in Kenya said.

“We are also extremely proud of The Knights, who by making it to the championship event, have reaffirmed Kenya and Africa’s immense potential to create solutions that directly address socio-economic needs within industries such as the agricultural sector.”

Good job guys. Technology is definitely a good pathway to discarding poverty and joining the league of leading nations. Keep on innovating!

Well said @ soldieron
Ihave always said that the only way to shed the negative image racist wazungu have for africans is to complete as equals.And also contribute positively to the human family.Not only as great consumers, but also as respected producers.

Congrats to you guys. Bravo!😂