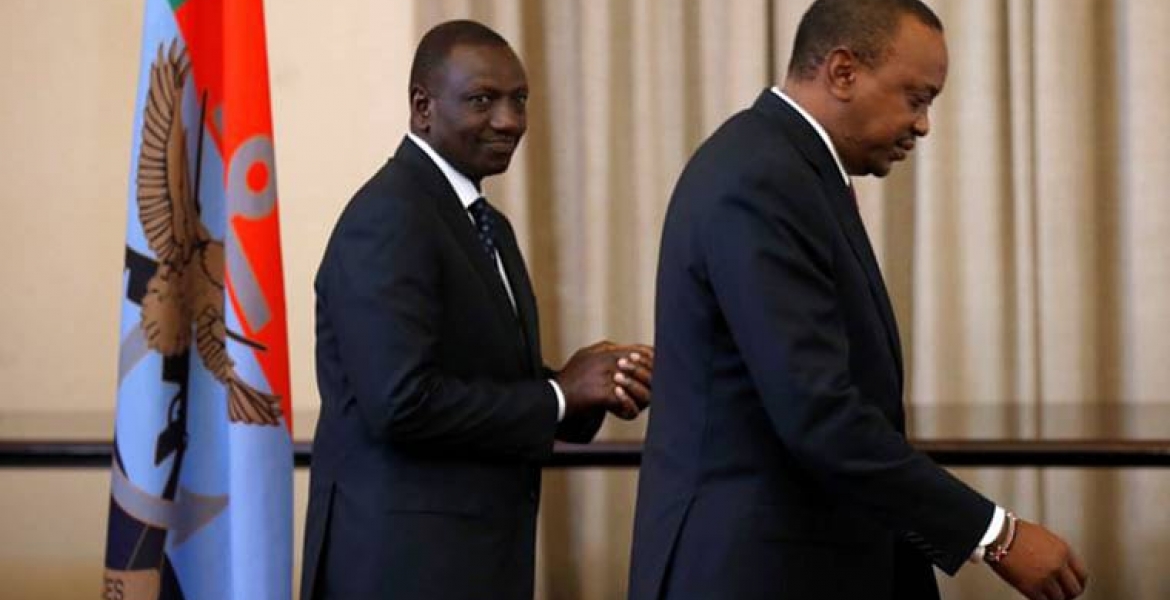 Murathe, who spoke during an interview with K24 TV, described the political differences between the two former allies as irreconcilable.

He claimed DP Ruto openly defied Uhuru when he instructed some Jubilee Senators to snub a parliamentary group meeting called by the President at State House last week.

“It is not a secret, the DP was actively whipping Senators not to attend. That is the height of insolence, it is unheard of anywhere in the world. That actually is not only defiance but a threat to the President.,” Murathe stated.

He added: “It’s like asking the President ‘who do you think you are? You can call for a parliamentary group meeting and I can ask them not to come.’ Unfortunately, in this case, their numbers did not add up.”

While Murathe dismissed claims that there is a plan to impeach DP Ruto, he pointed out that there are enough grounds for his removal.

“This impeachment talk I can tell you is not on a card on the table. But as I had stated in an earlier interview, he should be careful with what he wishes for. If they want us to go there, I believe there are enough grounds,” he added.

The two were stripped of their Senate Majority Leader and Majority Whip seats.

They're nor irreconcilable, they are competing. Both of them want to lead Kenya after the current term.

Since the state house meeting was last week, when did the irreconcilable differences occur? And since Ruto and Uhuru were elected on the same ticket, why not be straight with the Kenyans and tell us what happened and why the two can no longer work together. Kenyans are not stupid. They would understand and help find a way forward. Now, the only thing Uhuru and co. are doing is to divide the country. We cannot and shouldn't go back there. Our unity is too fragile to withstand another ethnic violent tremors. We must safeguard our gains or else end up burning women, children and men in the house of worship just like we have already done before. God help us all.

If Uhuru and muguroki are wining and dining take your foolishness somewhere mr Murathe. It was you that was chanting while tear gas was being thrown at Raila. Kweli sisi ni wajinga. People lost lives with kumira kumira and Tano tena now same Person that was being denied resources is part of government while another one that made this coalition strong had become the enemy. Uhuru would never ever have even been close if it wasn’t for Ruto. Same thing while Ruto was in ODM. It’s about time we realize we should elect leaders for their performance and not Sijui tanga tanga or wanjohi and baba madness. Focus on COVID and stop this 2023 campaigns pray that you make it through this pandemic bwana. Sanitize and quarantine yourself panganga Mingi Wacha bwana

@omosh - first go kiss the white Ukraine’s woman ass before you start lecturing black people! You have nothing to show for your ignorance. Just keep your simple mind focused on Olga as you send her cheap momentos!!