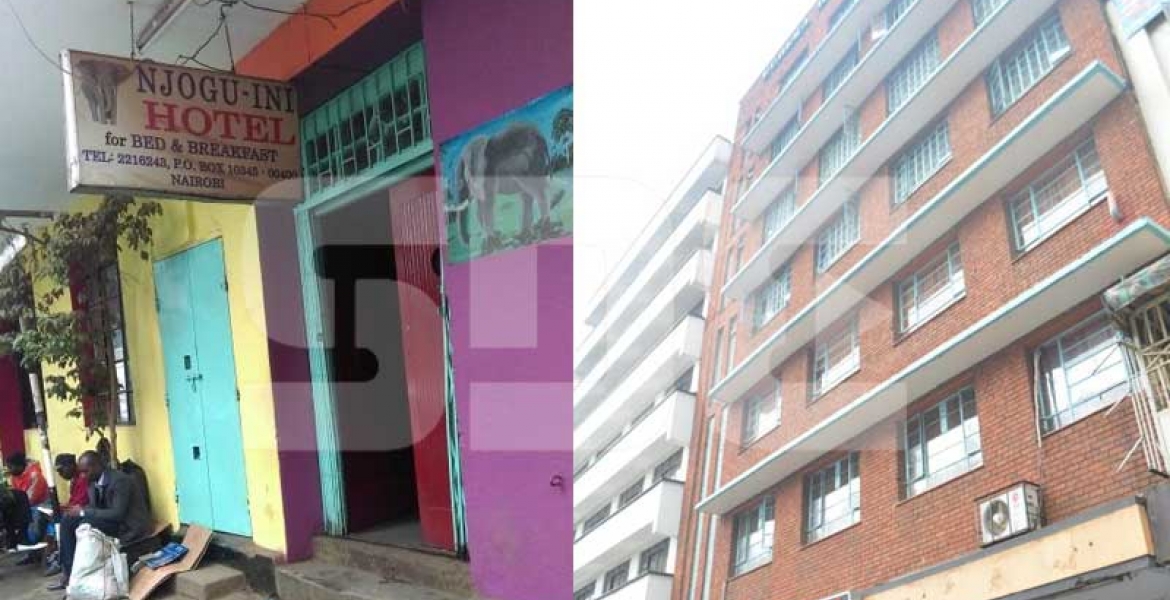 In 1931, two uneducated young men from Rwathia village, in Kangema, Murang’a County traveled to Nairobi on a mission to change their lives and pull themselves and their families out of abject poverty.

The two; Gerald Gikonyo and Gerishon Kirima arrived in the city with nothing but their tattered clothes, ready to pursue their dreams.

“We would buy the vegetables from Marikiti (Wakulima) Market from traders from Limuru, and sell them to Asian families,” recalled Gikonyo who is 106 years old now.

Given that banking was not popular at the time, the two trusted their savings on their village elders and would run back home for withdrawals whenever they needed to inject more capital into their businesses.

It did not take long before the two opened a hotel in the city and once employed Equity Bank Chairman Peter Munga as a casual laborer.

Motivated by their success, other boys from their village began trooping to the city and the two embraced them, leading to the formation of several savings groups in which each of them could join.

“There was a wave of boys from Rwathia coming to Nairobi. We encouraged it because we all wanted to do business together,” said Gikonyo.

Although their businesses were disrupted by the Mau Mau war in the mid-1950s, forcing them to return to the village, this was a blessing in disguise. When they resumed business in 1957, they began using their savings to buy commercial buildings from Asians and setting up shops.

“When we returned, we decided that we would henceforth enter the city center, where we were not allowed before. Our idea was to rent buildings and start businesses but most of the buildings we wanted to rent were owned by Asians. They were fearful of the Mau Mau, so many of them were migrating from Kenya and selling those buildings. This is how we started buying some of the buildings that we still own to date," noted Gikonyo.

Today, Rwathia Group owns a sprawl of commercial buildings in Nairobi CBD including on Tom Mboya Street, Ronald Ngara Street, and River Road among others. They also own prime properties running into billions of shillings in Thika, Murang’a, Nakuru, and other towns in Kenya.

“Again, we started buying in groups as we had done in Pumwani and Majengo. As many as 30 people would buy one building. All the small savings groups from Rwathia worked in harmony. So you would find one person owning shares in several groups. It was the best thing we did for ourselves,” said Gikonyo.

Gikonyo is the only remaining patriarch of the Rwathia Group of entrepreneurs and most of their businesses and shares in various companies are today run by their sons.

Some of the famous bars and restaurants among them Magomano, Kinangop, Njogu-ini, Eureka, Timboroa, and Alfa Hotels are owned by several savings groups from Rwathia.

“The big lesson that we learned and which we would want generations to understand is that one cannot achieve much alone. It is important to cooperate, even if it is with your wife. People should come together. This is what I tell young men from Rwathia,” said Gikonyo.

He added: “We succeeded because we had a passion for our businesses. It is important for people to have a passion for what they do even if they are employed. If one is not passionate, it is better to resign than spoil other people’s business.”

What is the downside of rwathia empire creation? The untold story is some pioneers who were smart and could ask questions lost their lives mysteriously. So many future generation of would be beneficiaries don't even see a penney out of their grandparent and great grandparents long ago investment but only a chosen few benefits. I hail from the neighborhood and knows this guys and several long silenced pioneers. Most of this is dirty money in a way but hey lets claim the fame. Look for example Muwasco and the greed involved. It's supposed to be a property of muranga county council though some rich equity guy refuses to let Muwasco free claiming they laid the water pipes. Why..greed. If you read the article you see his name and he also hails from rwathia. What glitters is not always gold

Africa has so many degrees but no skills.

These illiterates did better than PhD's . learn to build dont just talk day and night.

And there are millions of both illiterates and degree holders who are Chinese and are roaming the streets of Wuhan, and a lot of them migrating across the world to spread Wuhanvirus!

So do not lecture our graduates while your Chinese crazy ass beating satan are in Kenya running the Nairobi/Mombasa train stations. And stealing all the fare money!

“Africa has so many degrees but no skills”! Your mother!! Shame on you ass-hole!!! Who told you that you can insult Africans!? Wgg HHG at skills does China have? Coronavirus!

What have you learned to build? You those uselessly make roads that only last for a year after you have run away with our money? You dog eating cock sucker!

You dont how to prepare good food.Chapati is from india,Pilau is from arabs,Tea is from british,rice is from asia,spaghetti is from italy,clothes are from asia ,Europe and AMERICANS mitumba from dead people,no cars made in Africa,no electronic made in Africa,Africans have no nuclear bombs to defend themselves from invaders, internet is from USA, roads bridges railways buildings electronic from china....list continues.

All you have is porridge which make brain cells porridge and sleepy. Most degrees are bought not earned on merit.

You dont how to prepare good food.Chapati is from india,Pilau is from arabs,Tea is from british,rice is from asia,spaghetti is from italy,clothes are from asia ,Europe and AMERICANS mitumba from dead people,no cars made in Africa,no electronic made in Africa,Africans have no nuclear bombs to defend themselves from invaders, internet is from USA, roads bridges railways buildings electronic from china....list continues.

All you have is porridge which make brain cells porridge and sleepy. Most degrees are bought not earned on merit.

They trusted each other and were honest. My neighbor was a member.

Munga is right. Muwasco is a private company governed by Companies Act 2015.Politicians are just trying to grab it. Are you a communist or a capitalist? Governments should not do business. I'm also from the neighborhood. Wacha fitina

Just keep on leaking your home guard/Mau Mau wounds while others keep getting richer!! I bet you are son of traitor yourself! Every body knows you can’t fight a damn war for any reasonable course!

Dummies always act stupid and just like dummy! Here is a good proof of that simple fact!! Her is poor homeguard son questioning others for no apparent reason!