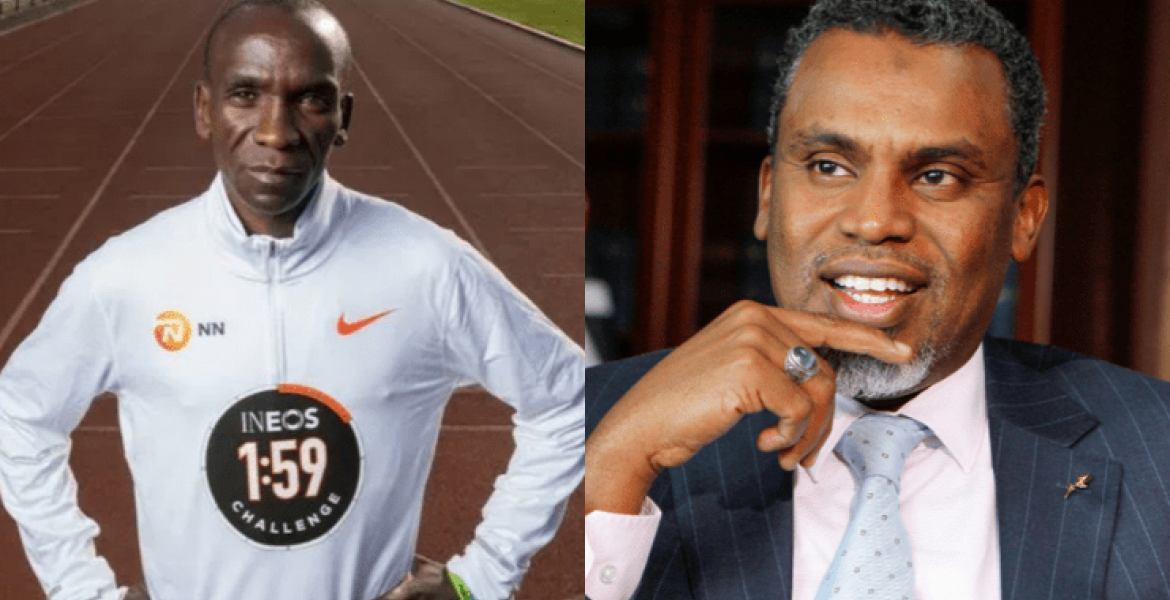 Four Kenyans have been named in the list of top 50 African disruptors.

The Top 50 Africa Disruptors report was published by Africa Report with the four Kenyans being picked from a pool of African politicians, investigative journalists, athletes, tech developers, business moguls, among others.

DPP Haji, who was ranked at position 37, was hailed for his efforts in prosecuting high-profile Kenyan government officials accused of corruption.

The report cited the arrest and charging of former Treasury CS Henry Rotich over the Sh21 billion Arror and Kimwarer Dams scandal.

“Dozens of current and former public officials have been charged and more than 300 prosecutors have had their appointments revoked,” the report states.

The report ranked Kipchoge at position 26 owing to his accomplishments in athletics. Kipchoge, who is the current world marathon record holder, became the first man in history to run a 42-kilometer race in under two hours clocking 1:59:40 in Vienna, Austria last year.

“Having won 12 out of the 13 marathons he has entered, he became the first person in recorded history to finish a marathon in under two hours in October 2019,” the report read in part.

On the other hand, Twiga Foods CEO Njonjo took position 25 on the list due to his contribution to the food supply industry in the country. Through the use of technology, his start-up company sources vegetables and fruits from nearly 20,000 farmers in Kenya and 20 other countries.

Twiga Foods, which was founded six years ago, is one of the most successful start-ups in Africa and presently boasts 2,500 vendors in Nairobi.

“The company has been credited with raising farmers’ yields while stabilizing consumer prices, and is building a new distribution center that will have state-of-the-art cold rooms, conveyors and sorting equipment, enabling Twiga Foods to offer supply-chain services for both agricultural and FMCG products,” the report reads.

Macharia, who works for a global consultancy company, Dalberg Advisors was ranked at position 47. He is the first Kenyan to be appointed as a managing partner of the New York-headquartered company.

Macharia mainly works from his office in Nairobi and is responsible for the company’s progressive growth in Africa.

Ethiopia’s Prime Minister Abiy Ahmed, recognized as a reformer and an adept diplomat, was ranked at position one.

Well deserved mention to all!

Haji has changed the face of corruption in Kenya! He has done more than anyone else to fight all sorts of high profile crimes.

And most important he has fought corruption with his whole heart and being! Kenya needs about 10 more Haji-like men working hard to make things right for the common people.

I knew his father during the time he was the Nyandarua district DC. He worked so diligently making sure everyone was heard and ordinary people were served well!

So the old man must have instilled some very good values in his children in regard to honorably serving their country!!

I congratulate Senator Haji on behalf of his son Nordic Haji for raising his son well!!

Kipchoge - I congratulate you for being a man of steel in track and field events. I closely watched you during your under 2 hours marathon run.

Needless to say, you did fabulously well, and how I wish I could have guts like you in my runs around the block to keep fit! Congratulations 🎈!!!

This has been happening for years. Former KPLC honcho Gichuru has a case pending for over a decade. No disruption here. "DPP Haji, who was ranked at position 37, was hailed for his efforts in prosecuting high-profile Kenyan government officials accused of corruption."