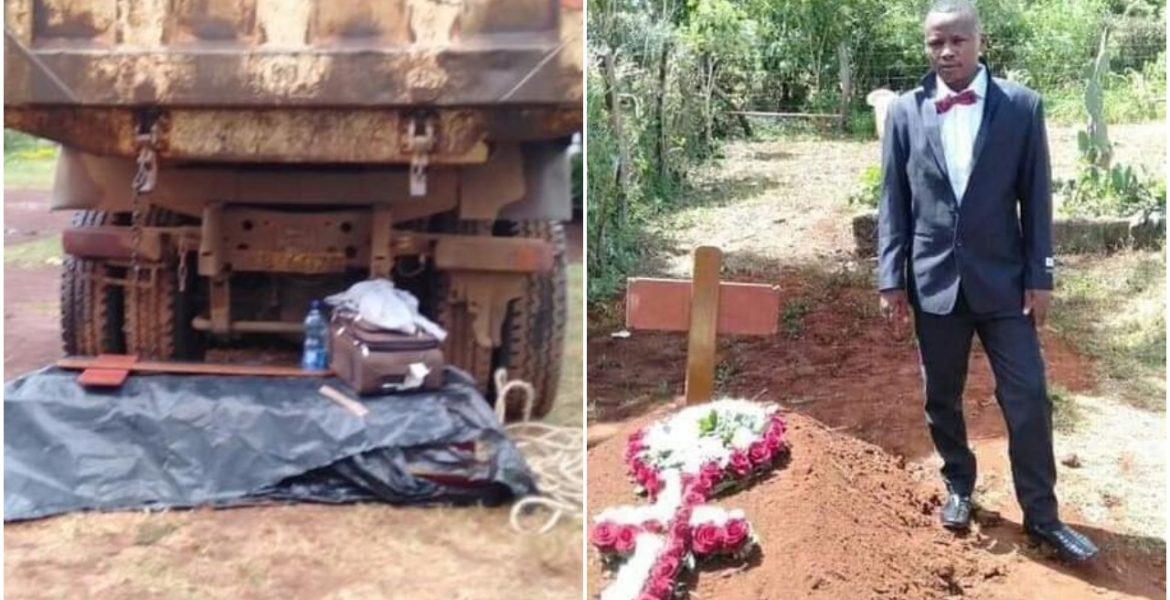 A Kenyan man whose wife succumbed to cancer last week has narrated the suffering he went through in the hands of cruel police officers.

Charles Mwenda said his wife died in Malindi, Kilifi County, where he works, but decided he would bury her at his rural home in Tigania, Meru County.

Due to the current restrictions on movement of people over Covid-19, Mwenda says he obtained all the relevant documents required for him to travel all the way from Malindi to Meru to bury his wife. He also took a Covid-19 test just to make sure he was not infected.

Armed with the documents, Mwenda left Malindi for Meru on Wednesday, May 27th in the company of some mourners and their journey was smooth as they were allowed to pass all the police barriers from Malindi until they reached the Meru-Tharaka Nithi border at 11 pm on Thursday.

They were stopped by police officers manning the blockade and everyone in the bus was ordered to return to Malindi except Mwenda and his wife’s remains.

“We were at the final police barrier at Meru-Tharaka Nithi border at a place called Keeria, where we were stopped by police and forced out of the car. What I saw there was so inhuman, upon a lengthy discussion all my family and friends were forced back to Malindi,” Mwenda says. 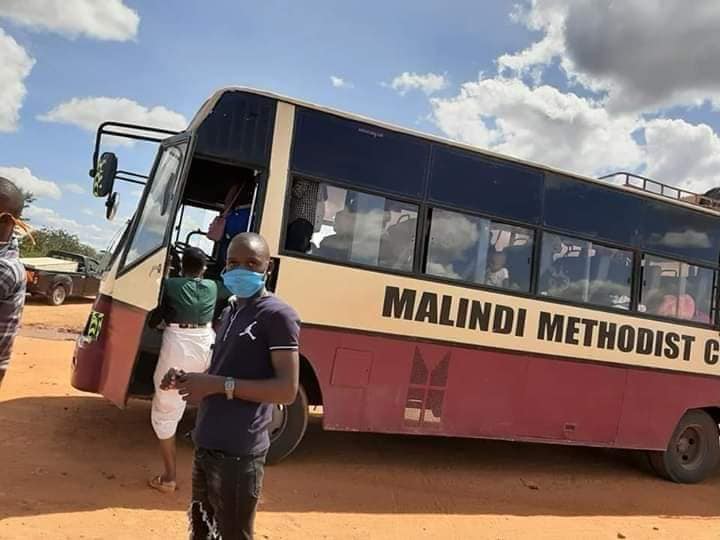 Mwenda was then put into a waiting police vehicle together with the coffin containing his wife’s body. He says the officers threatened to send him into quarantine for 14 days if he failed to comply.

He was then dropped off near at Kanjai police station, several kilometers from his home. His late wife’s body was also removed from the police van and placed by the roadside.

“I pleaded with the police to help me get the body to my home which is 5km from the police station, but they refused,” he says.

“I was forced to spend the night with the casket to make the matters worse it was raining I had to pull the casket under a lorry which was packed at the station.”

“I didn't know what to do, it was the darkest day of my life. Iwas picked at 6.00 am by a friend who ferried me and the casket home. I think I didn't deserve that," he concluded.

😢😢😭😭 The day my child will tell me or even think about joining the police Force I will DISOWN that kid Instantly.
aende atafute baba mwingine.PERIOD.

What happened to humanity.At what point in life as a human do you loose compassion and empathy on humanity.There are very bad people out their who use their career to humiliate people than help the people they serve..police
even the dead deserve respect at the least.Pole sana brother Mwenda. Take peace in your heart knowing you wanted to give your late wife best send off and am sure she is shinning down on you

Wooi, Mummy!! Wanyama. I cried when I read this..Jamani, yet the allow foreigners to seek treatment in Kenya when they are infected.

WOW, kenyan police are the worst of the worst D+ FOOLISH mf's. whyyyyy? JUST WHYYYYYYYY. THIS IS INHUMANE

Mwakilishi should track down all these imbeciles we call officer's, including their bosses and publicize them here for public shaming. We should also campaign for them to be dismissed from their jobs. These people should be charged with harassment,kidnap, false imprisonment and cruel and unusual punishment against Mr. Mwenda. This man was abandoned, abused and humiliated greatly by those charged to assist him. How do you leave a man a lone at night with a coffin containing his dead wife. These men should be flogged in public just for being idiots. Am with @Sukari, the story makes me mad!