Wetang'ula Claps Back After His 'Removal' as Ford-Kenya Party Leader 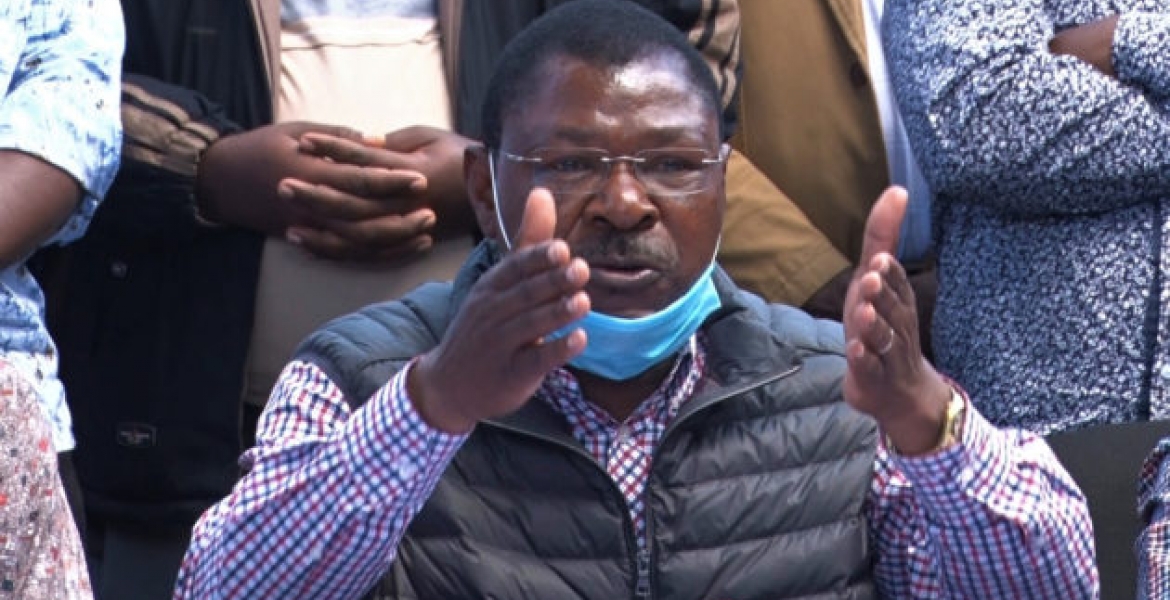 Bungoma Senator Moses Wetang’ula has insisted he is still the Ford-Kenya party leader, terming his ouster as illegal and inconsequential.

Addressing reporters in Nairobi, Wetang’ula said the Ford-Kenya National Executive Council will take disciplinary actions against all errant members who held the illegal meeting to remove him.

“Don’t panic, coups are archaic to good order and activities of cowards. Anybody who wants to run for a seat in Ford Kenya file your papers and let’s meet at Bomas. I have no doubt delegates will still give me a chance to run this party,” he told reporters on Sunday.

As a result, Wetang’ula announced the immediate suspension of Ford-Kenya secretary-general Eseli Simiyu, who is among those who organized the meeting to kick out the party leader.

In a media briefing earlier on Sunday, Eseli announced that an NEC meeting unanimously resolved to remove Wetang’ula as the party’s leader over gross misconduct.

But Wetang’ula claimed that Eseli and his team assembled a group of impostors to bundle him out of the party leadership.

“They were airlifting impostors yesterday from Kisumu and Mombasa, those people are not even members of Ford Kenya’s NEC and therefore have no authority to make decisions.”

“We condemn any idlers who are staging parochial coups in the party when the country is facing Covid-19 challenges, floods, and locust invasion,” said Wetang’ula.

Your juicy days when you used to call the shots are long gone🗣!!

Did you here what they said, they do not want you! You Wetang’ula!! Just chill because no one is listening to your hyped crap!! And they got the numbers to kick you out!

The Luhya Nation do not have a Leader. They never speak with one voice. Today it is Wetangula, tommorow it will be Atwoli, Wamalwa, or Khalwale. If you don't know where you are going, any road can take you there.

Khalwale, the old bull fighter is finito!! He is now the stone thrower. He will never recovery. Never!

....and then Raila will get you questioned at the DCI. You people supported the culture of naming thieves, cleansing them so that they support their namers in killing democracy.

....and then Raila will get you questioned at the DCI. You people supported the culture of naming thieves, cleansing them so that they support their namers in killing democracy.