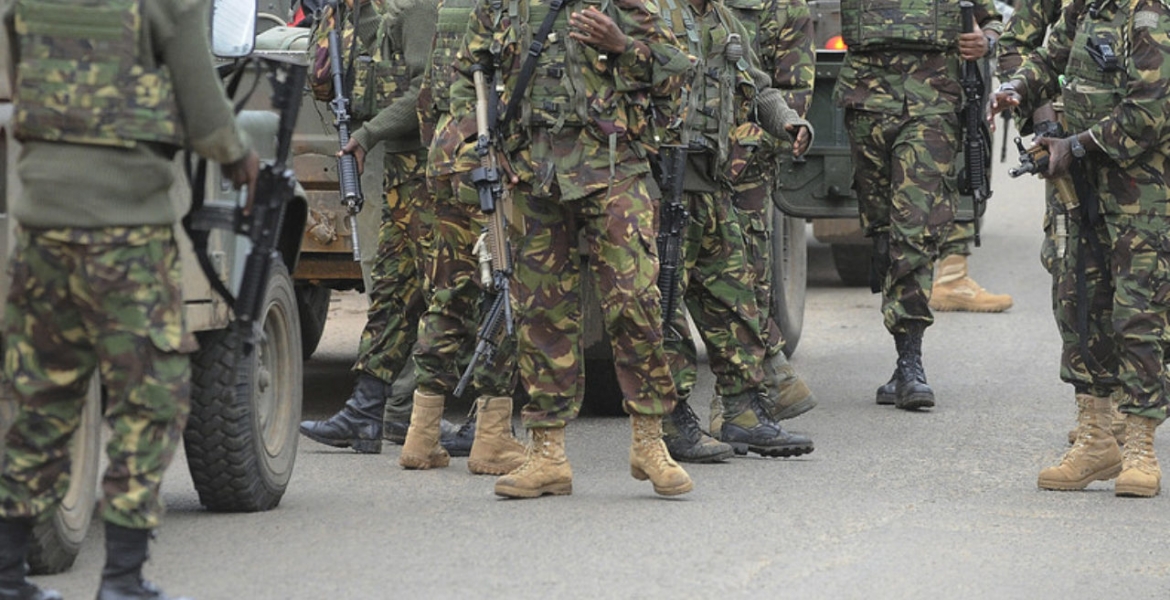 Kenya Defense Forces (KDF) chiefs have banned movement into and out of all military barracks across the country over Covid-19, according to reports.

Citizen TV reports that the restrictions were imposed to contain the spread of Covid-19 after several soldiers tested positive for the bug.

The first three cases were reportedly confirmed at the Embakasi barracks and an isolation center was immediately set up there to accommodate soldiers who test positive.

A good number of military officers were also moved from Embakasi to Kahawa barracks along Thika superhighway as a containment measure.

However, the number of Covid-19 cases at Embakasi barracks continued to rise forcing military heads to move the isolation center to Kabete barracks, which also acts as a treatment center for all KDF personnel suffering from the virus.

At least 80 KDF soldiers are currently admitted at the isolation facility, Citizen TV established. One officer succumbed to the virus and was laid to rest at his home in Olenguruone, Nakuru County.

Soldiers who were on leave were asked to remain at home while those residing outside the military barracks were ordered to move back into the garrisons.

To prevent further transmission of the virus, military parades were scrapped, training put on hold, and officers barred from leaving barracks. They were ordered to buy food and other stuff from military canteens.

The government supported stigma by sending people to quarantine under conditions that were inhuman. Now it is difficult to unwind as more people are infected especially influential individuals who cannot be sent to quarantine.