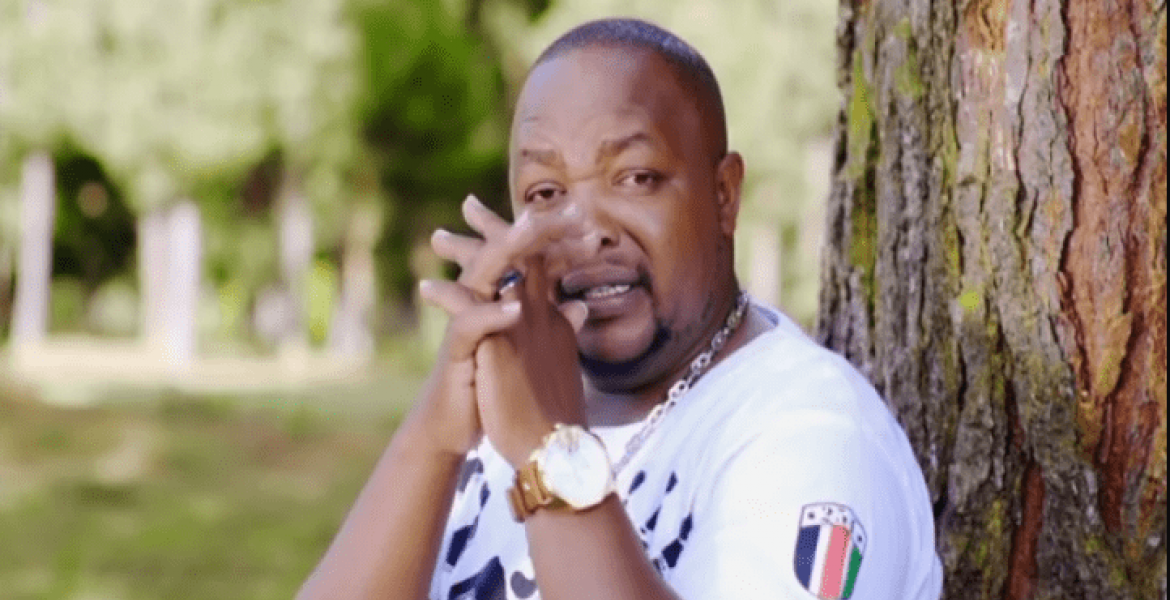 Muigai is required to appear before the commission on June 26th for questioning over the song, which NCIC claims is a threat to harmonious coexistence between Kenyan communities.

“You’re therefore required to appear at the commission's offices on 26th June 2020 at 10 am so as to assist the commission in ongoing investigations,” the letter signed by NCIC Ag. Commission Secretary Millicent Okatch reads.

Ino Migunda, which translates to “These Parcels of Land,” was released about a week ago and is trending at number one on YouTube with over 600,000 views. In the song, Muigai takes a dig at Kenyan dynasties who inherited huge chunks of land but continue to oppress the poor. He says these parcels will one day be subdivided equally when the oppressed rise against the oppressors.

“This land will be subdivided equally since it cannot be sliced into pieces for human consumption like food. There will come a time when the common man will not tolerate your oppression anymore,” he sings.

“I’m here to say what you don’t like to hear, your lineage of oppressors and power inheritors, you who don’t know the meaning of hunger but we are now aware of your tricks and moves.”

The singer also castigates the government over the recent demolition of houses in Kariobangi and Ruai, which left hundreds of families homeless.

“Despite Coronavirus and heavy rainfall you demolished the houses of the poor. Was it that urgent?” Couldn’t the project wait? Some deeds are beyond the devil’s imagination,” he sings.

He also insinuates that Deputy President William Ruto could be the savior of the oppressed Kenyans.

“You tarnished the name of the peasant’s son (Ruto) and even went ahead to poison your people…you value power more than our lives,” he sings on.

Listen to the song here; https://www.youtube.com/watch?v=xnZyfCJfL88

How much was he paid by Ruto to compose this song? Replacing the dynasty with Ruto is not a solution. Talk of out of the frying pan and into the fire. Remember the school children who were tar gassed when they protested their playing ground becoming Weston hotel. Wajinga nyinyi!

Agree with his land assertions but not his political assertions. Extremely large parcels of land under few well connected hoarders is a misnomer that will have to be corrected; and may need a revolution if the plight of the Anyango's is not addressed.

The singer is right on several things he has touched on here. But, I do disagree with him about his promoting the idea that DP Ruto got rich through fair means!

Ruto is publicly known to be the most corrupt person in Kenya today! Ruto has stolen land from his poor neighbors, the Airport land sage, money he stole from the treasury using Rotich, buying Church faithfuls with tainted money, involvement of murders of Kenei, Yebei, Juma, Musando, etc!

For Maigai to have used Ruto as a person who earned his wealth fairly and squarely, he just diluted the good message he wanted to share with the public. Unfortunately it makes Muigai appear ignorant to ills Ruto has committed to Kenyans.

I think all he said was true except Ruto part. I use to agree with his messages but when he started suggesting Ruto will safe Kenyan he got off my shoe. Choi hawezi Chunga mbuzi

I disagree with you. He is not supporting Ruto at all. His message for having Ruto in his video is to let people think how they call him a thief because we can see him directly doing the scooping. In the other hand he is trying to make you think what do you call the other guy whose parents did as Ruto is doing but the guy who inherited the wealth does not question the source but only boasts the riches. He has a very very good point. If my grandparents scooped as Ruto is doing and now it's in my hand there is no difference between me and Ruto. We only see Ruto but not kenyatta Jr and the Mau Mau blood among other Kenyan so called Elites aka scoopers of 700 acres of land and endless properties.

Truth hearts, but as the saying goes "Truth is stubborn" they can intimidate, jail or do what they want with Muigai wa Njoroge, but what is going on in Kenya is not sustainable.

Everything happening in Kenya is very sustainable! Kenyans are very resilient type of people and they will overcome anything thrown their way. You seem to have lost the confidence with the hard working people of Kenya. Life comes in different stages and people just have to adopt, overcome and move forward with vigor and determination.

Ruto is using a Muigai to thumb up Uhuru! Muigai is a traitor who has been paid a lot of money by Ruto to say what he is saying. Muigai is a Gati. He is reaping from Ruto’s stolen wealth but he is trying hard to mold Ruto to look like a common man.

Some kikuyus and money become the worst traitors - and that is the case with Muigai and Mbeca from Ruto.

He is talking the truth except that part of Ruto

The land inequality is an issue that has had many proponents of equitable distribution ending up dead mysteriously since independence for example JM Kariuki and others.The solution is not in Ruto! But he might just capitalize on this very sensitive issue to win a majority of Kikuyus.Watch out!!

Muigai wa Njoroge is a messanger just like Mugo Wa Kibiru. His message is the message of this time. Some may not like it, but if he does not bring it out, someone else will. God is using him for a purpose. Judgment is on the world. It's time for Revelation and Restoration. It is after 400 years of slavery and Pharaohs system around the world will have to let God's people go!! What is going on in the world cannot be stopped. Let us not kill the messager, let us watch God's Masterplan unfold!!

MZEE KENYATTA GOT LOTS OF THEM.
MZEE RAILA DID IT.
MZEE MOI DID IT.
MZEE KIBAKI DID IT.
UHURU ENJOYS STOLEN WEALTH.
MOI FAMILY, RAILA FAMILY AND MULTIPLE OTHER PEOPLE.
MUIGAI WA NJOROGE IS RIGHT.

@ waitina u said it correctly bro i agree with yr statement..I hope he gets a good lawyer na sisi wakenya we waiting for this one day we will take over our country from the blacks oppressers/dynasty's who continues raping our economy dry.

Ukweli Kabisa! Now this is one Kyuk I really admire. Watu mkulwe left right and center by your Uhurus, Railas, Kibakis, Mudavadis, Musyokas, Nyachaes, Ntimamas na mnakaa tu hapo, solidarity in your tribalism. Fungukeni macho! The price will be paid by none other than us! If Ruto is not fit to be president please please please, wakenya wenzangu, LET IT BE FOR ANY OTHER REASON OTHER THAN TRIBALISM! If not put your weight and cast your vote for any other person, who DOES NOT belong to a "Dynasty" or "Tribalistic influence". Ball's in Y'all's court. Speaking of courts, This musician is INNOCENT!

Mr. Ruto will no ascend to the presidency. Mt. Kenya/Luhya/Gusii will vote as a bloc with Kaleo votes divided. Mr. Muigai song will not change things.. Its infact making the matters worse for the Dp. Period! The intended audience think otherwise. His other song Mbari ya Kimendero castigated the president and performed dismally compared to his previous hits. Read the moods please.