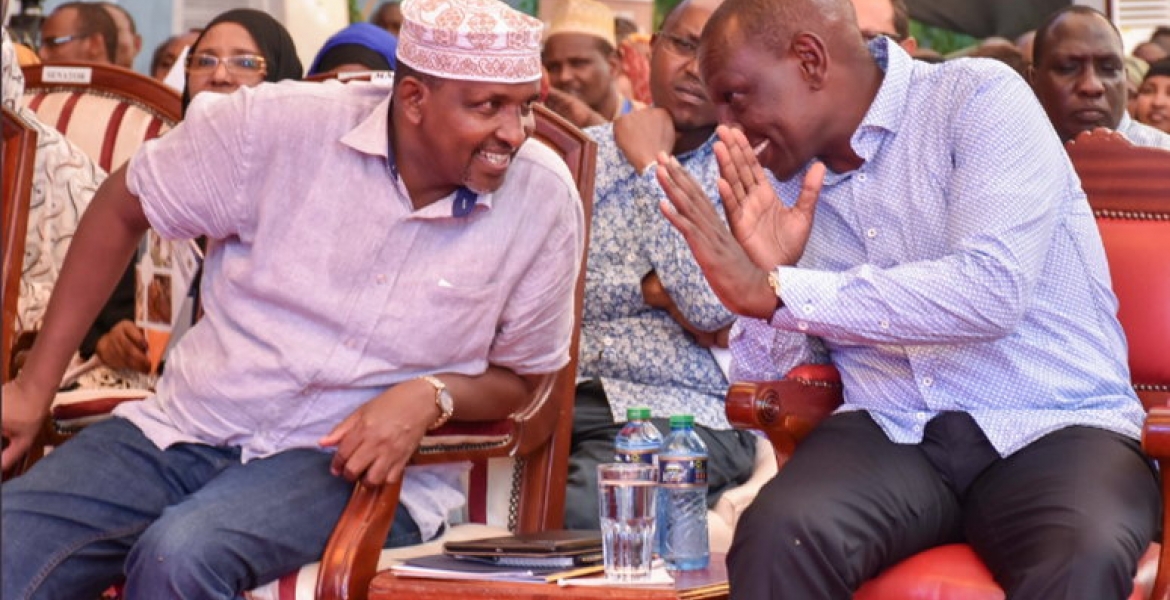 Taking to Twitter hours after Duale was stripped of the prestigious position, DP Ruto praised him for discharging his duty with “style, precision, passion, and loyalty.”

“My brother Aden Duale, you are a great leader. For the last 8yrs, you discharged your responsibilities as our party’s 1st majority leader with style, precision, passion, and loyalty.”

“My friend, when parliamentary history is written you will have a chapter. Mbele iko sawa na Mungu,” Ruto tweeted.

Duale’s ouster was effected during a Parliamentary Group (PG) meeting chaired by President Kenyatta at the Kenyatta International Convention Centre (KICC) in Nairobi on Monday.

He was axed after 126 out of 179 Jubilee MPs signed a petition supporting his ouster and was replaced with Kipipiri MP Amos Kimunya.

He is the latest Ruto-allied MP to lose his leadership position in parliament in the ongoing Jubilee Party cleanup.

Reacting to his dismissal, Duale said he leaves with his head held high and thanked both Uhuru and Ruto for making him the country’s first National Assembly majority leader.

“I came, I saw and I conquered. Today marks the end of my seven years of service to the great people of Kenya as the Leader of Majority of the National Assembly. I was the first occupant of the seat under article 108 of the Constitution.”

Duale - you can blame your fall on Ruto! Ruto’s stubborn attitude and nature has cost you a great deal!

Ruto is a Misleader.

"As for Duale, when you see us following Baba like cows, it is because we fear the consequences like what you are facing today,” said Junet.😂😂😂😂😂😂😂