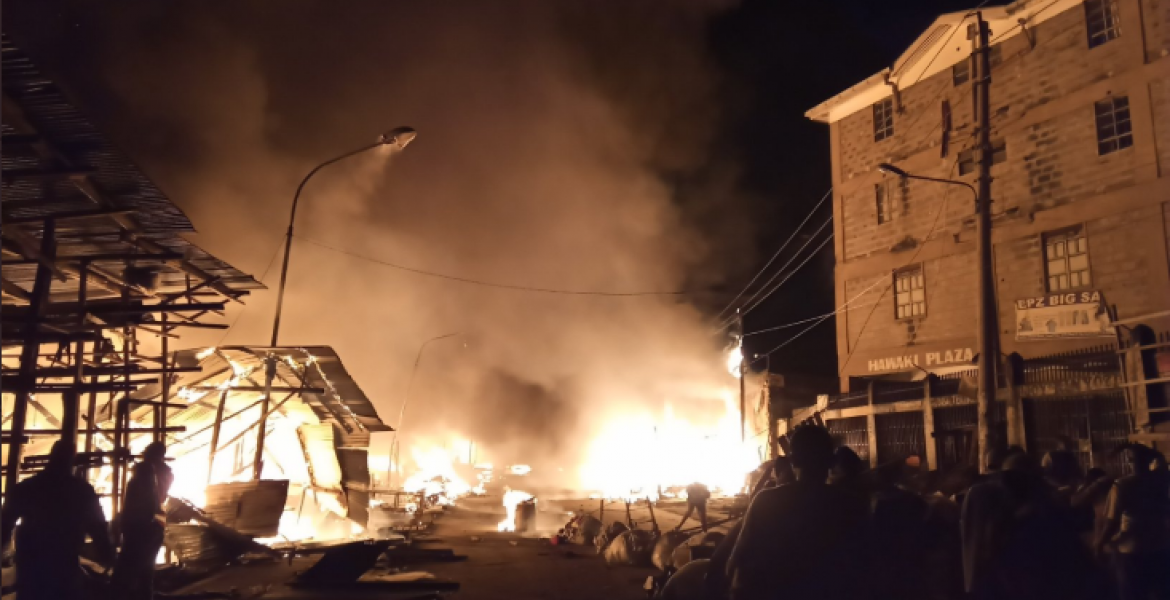 Police have opened investigations into Thursday’s morning fire that razed down a section of Nairobi’s Gikomba market.

The 3 am inferno reduced several structures at the cereals and mitumba sections into ashes, destroying traders’ property worth millions of shillings. No fatalities and injuries were reported.

This is the second fire incident at the popular market this year after another one in February destroyed property of unknown value.

Last year, the market experienced three fire incidents and in 2018, at least 15 people were killed and over 70 others injured after an inferno broke out at the market.

Speaking on Thursday, Interior Principal Secretary Dr. Karanja Kibicho said authorities are in pursuit of individuals behind the recurrent fire incidents at Gikomba market. Kibicho linked the fire incidents to three private developers seeking to grab the public land for private use.

“We in government do not believe these fires are natural. We believe that there are some people who think that by displacing the business people here they will have an opportunity to develop this land on selfish grounds,” said Kibicho during a visit to the market.

“We hear that some people had made social media posts predicting that this fire would occur. We have opened a desk at Nyayo House, 5th floor. All this information including the intelligence we have received from business people here will not be in vain. I know such promises have been made before but we want you to test us this time around.”

The government has promised to compensate traders affected by the fire and beef up security in the area.

After all these recurring fires and no CCTV cameras?

God help our primitive money driven and very corrupt Kenyan government... I am still hopeful that one day an incorruptible leader will arise and stay alive through changes.

Gikomba people are the ones who set the fire to burn the place so as to collect insurance compensation.