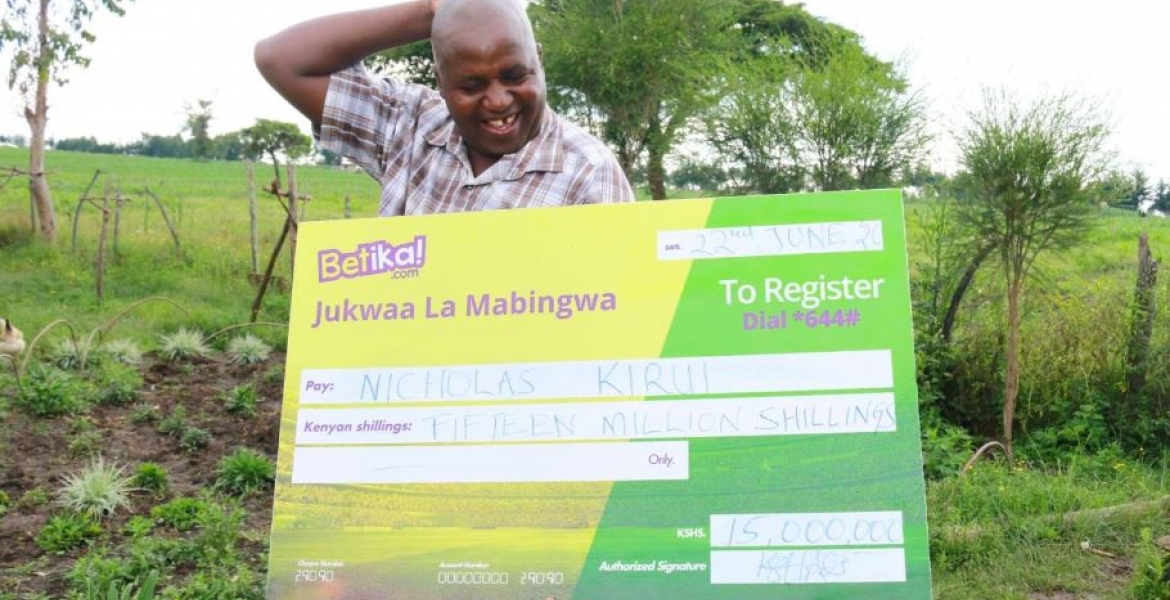 In a case of lightning striking the same place twice, a 43-year-old Kenyan man who won Sh8.8 million in a bet last year has this week won Sh15 million in another bet.

Nicholas Kirui, a tea farmer from Kuresoi, Nakuru County, was announced as the winner of Betika’s Sh15 million Midweek jackpot.

The lucky punter won the jackpot after correctly predicting all the 15 matches with just Sh15 stake.

“I stayed up all night watching the games at home with my kids until they went to sleep and I was left dozing off ticking my wins. On the 95th minute, with that last minute goal by Brighton (vs Arsenal), I was a second away from being Sh15 Million shillings richer!” Kirui remarked.

Kirui, a Manchester United fan, plans to use the windfall on securing the future of his family by investing in farming and setting up some rental houses as his retirement plan.

Last year, Kirui correctly predicted 13 games in Sportpesa’s Sh26,458,899 Mid Week Jackpot alongside two other betters. Each of them walked away with Sh8,819,633.

At the time, Kirui said he drew inspiration from SportPesa Mega Jackpot winner, Cosmas Korir, who won over Sh208m in September 2018.

“He comes from Bomet which is not far from where I came from and I said to myself, if he can make it, so can I and I started gaming on SMS. With this money, I can now construct a house to live in and start farming new crops,” said Korir.