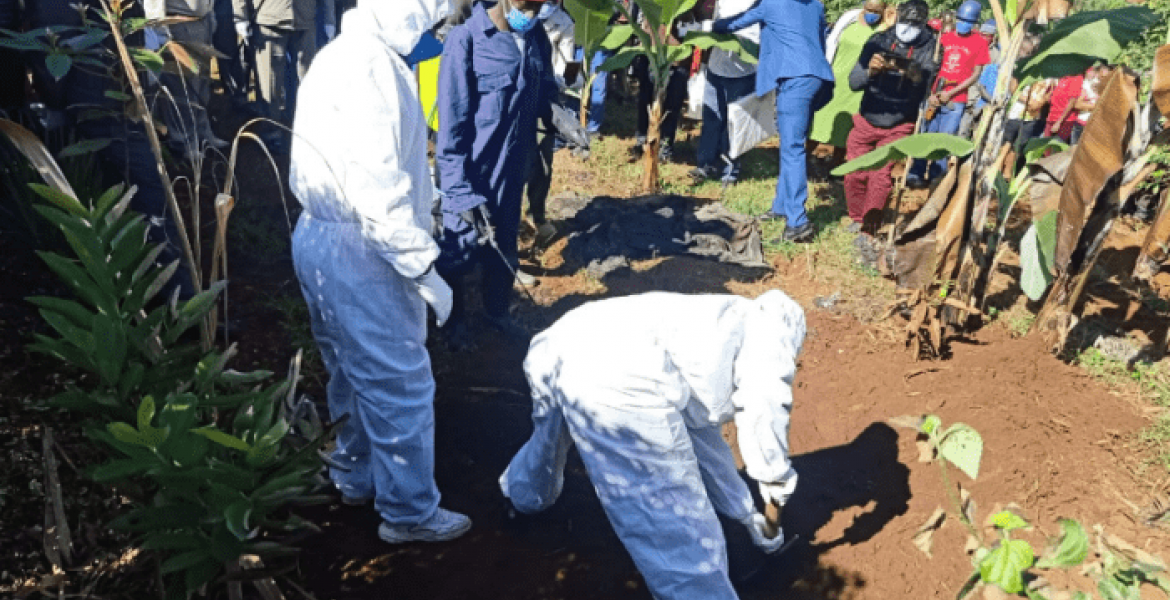 Police in Kirinyaga County have found the body of a 27-year-old Kenyan woman believed to have been murdered and secretly buried by her boyfriend.

The remains of Eunice Wambui were exhumed from a shallow grave at Kianderi village in Kirinyaga Central Sub-County on Friday.

It is believed Wambui was killed and buried by her boyfriend Simon Murimi, 35, earlier this week.

The suspect’s family members told police they had seen him digging a grave and later filled it with soil.

The body of the deceased was taken to Kerugoya mortuary pending a postmortem examination even as investigations into the incident continue.

Police have since launched a search for the suspect who went into hiding after committing the heinous crime. The motive of the murder remains unknown.

Kirinyaga in the news again for another wrong reason. The family member of the "suspect" Murimi are as guilty as he is for they witnessed the digging of the grave ,,,,on their land,,,and never raised any alarm.