I Lost My Sense of Smell After His Death, Bob Collymore’s Widow Wambui Kamiru Says 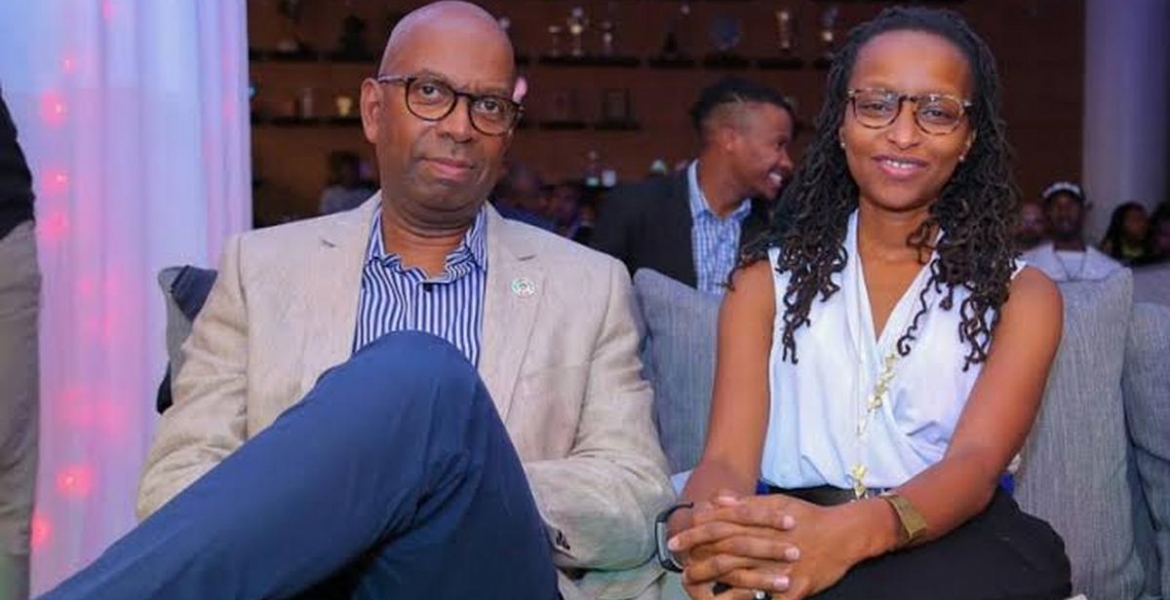 Wambui Kamiru, the widow of the late Safaricom CEO Bob Collymore has spoken out on how his death has affected her.

Speaking to Sunday Nation ahead of Collymore’s first death anniversary next Wednesday, Wambui disclosed she lost her sense of smell following his demise on July 1st last year.

“I lost my sense of smell. It returned a few months ago and then disappeared again; so it goes and comes.”

“In grief, a number of things can happen. You can lose your sense of memory; your eyesight can be blurred. Grief is a chemical reaction in your body and it has a chemical effect on your senses. (The loss of sense of smell) was an indicator of the magnitude of the trauma of death,” said Wambui.

Collymore succumbed to Acute Myeloid Leukemia, a type of cancer that starts in the blood-forming cells of the bone marrow.

Before his death at his Nairobi home, the 61-year-old Guyana-born British national had battled the condition for over two years and had sought treatment in local hospitals and abroad.

Collymore who was cremated in a private ceremony held at the Hindu Shamshan Bhumi Cremation Centre in Kariokor, Nairobi, was the CEO of Safaricom at the time of his passing.

“He used to say, ‘I do not want to hang about. It’s like I’m done; don’t keep me around’,” Wambui told Sunday Nation.

“He scripted all of it. All of it except what outfit he would be cremated in and that was my choice. And I chose to put his body in a Mudi suit, which is a white linen suit with flowers on the front of it. And he was barefoot, with no Jewelry; none of those other possessions. Just him, in his purest form.”

“I think there is another part of grieving. There is acceptance as part of grief, and it’s also coming to terms with the fact that the grief is not going to go anywhere; it’s always going to be part of me,” She added.

This Anosmia could also be a side effect of closer exposure to medications and type of therapy the husband was getting.Thoughts and prayers for the family.

U do not loose ur sense of smell after someone dies, take ur azz to a doctor am sure u have the money. May ur husband rest in peace.

She either has; or Maybe she is aware of some quarky medics who may want to make a killing off her Billions; and has kept way.

What is I smell a book is going on? Pole dada. It is also a sign of COVID-19. He is looking down and loving on you.