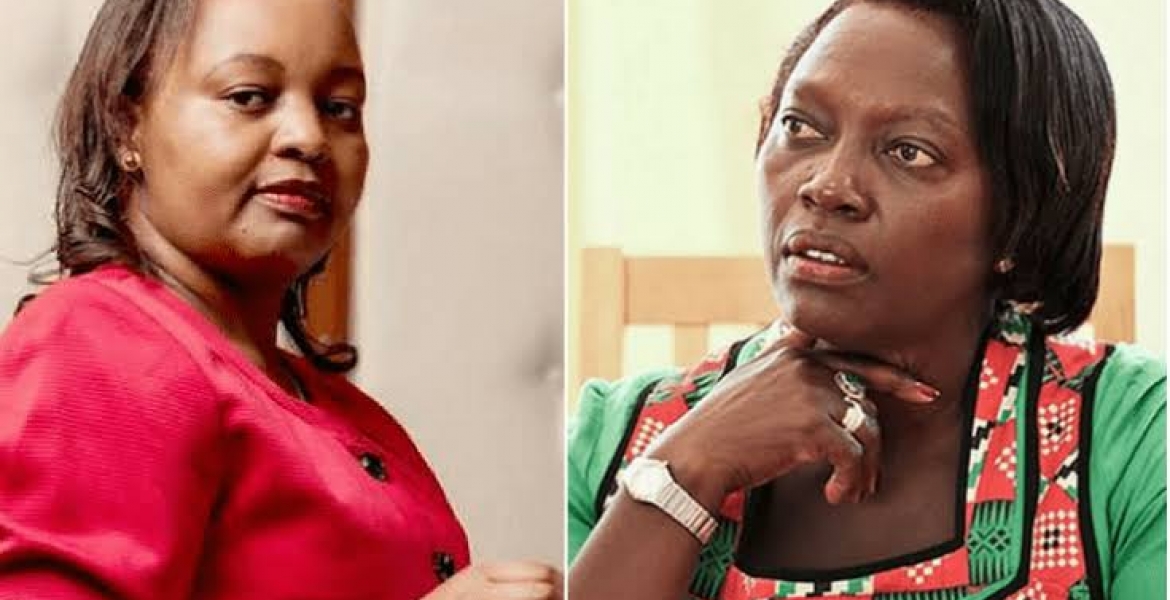 Waiguru survived impeachment on Friday after the Senate Select Committee tasked to hear her case cleared her of all the charges laid by Kirinyaga MCAs.

The committee chaired by Kakamega Senator Cleophas Malala ruled that the MCAs failed to substantiate any of the two charges leveled against Waiguru.

The MCAs had impeached Waiguru on the grounds of gross misconduct, abuse of office and violation of procurement regulations.

"Congrats Kirinyaga County Assembly, you raised the bar of accountability high by doing what the constitution and the laws mandate you to do," Karua tweeted on Saturday.

“Keep your eyes on the ball and safeguard the interests of the people of Kirinyaga county.”

Karua unsuccessfully challenged the results in the High and Appeals Court. The Appeals Court ruled that Karua failed to provide sufficient evidence to prove claims of bribery in the Kirinyaga gubernatorial election.

Martha you're one lady who deserves the post. The chronic thief who has stolen from Kenyans from NYS and still doing it at Kirinyaga. I bet People of Kirinyaga have made up their minds in 2022. Waiguru is just another fxxxxk ass full of pride na madharau. Waja 2022 ifike

Kikuyu is a tribe that nurtured and supports thieves and criminals. It’s a gang.

Kikuyus tribe is a community of thieves.

If your not a thief you will kicked out of the kikuyu tribe.

Your DP Ruto have surpassed any thief in the world! I will not say all kalenjin are thieves like you and Ruto; but based on Murkomen, Sudi, etc, you are all a shameful lot of looters in this world! You all also experts in killing others and stealing their land @ guesty! I’m sure you have murdered many and possibly used them as meat supply in your house.

Here comes the bonafide murderer of the Kikuyus! @ guesty is a Ruto proxy that is sent out by Ruto to do the killing of Kikuyus! Our eyes are fully trained on you!

@Guesty I can parade the names of Moi, Ruto, Biwott, Murkomen, Rotich etc as people who have actively participated in corruption, murder, ethnic cleansing and pillaging Kenya's economy. I could then generalize and say that what these people did is characteristic of Kalenjins in general. This would be false as the thievery and murder was carried out by some, not all. If you support them, as you seem to, then you would be part of the problem. Your hatred of aGikuyu blinds you to the fact that the worst governance in Kenya was the Nyayo era and it's not even close.

Some hatred is so intense that it is bound to consume and finally destroy your head. Don’t rent any space in your head to hate. There is no room for that. If you are prepared to solve problems in the world go ahead. That is a noble cause. Congratulations. The world and Kenya will always have major problems. The only time you are going to be in a problem free world is when the coroner pronounce you dead.

Karua is one of the major problems in Kenya politics. She is not all that clean herself as she would like others to think! She is the force behind Waiguru’s tribulations. She is good in playing dirty politics without due. Considerations of how the ordinary folks get affected!

Guesty, ur idiocity never seems to surprise me. Ur hatred of Kikuyu people is too funny as we always end up being the choice of the people to lead the nation. What the hell did Moi do for Kenya for all the years he ruled, nothing but stealing n the murder of Ouko. We as Kenyans should come together not by tribe, but under one flag n thats the way we can bring change in Kenya.

Karua is very clean. Fact. Hope she can shoot for Presidency and shake up things.

Mwakilishi admit need to do a thorough job of vetting comments on any post. Please Wanjohi, I agree that freedom of expression is paramount, but you need to do a better job. If we are not careful this might be a platform that spread hate and toxic tribal division.

Waiguru deserves jail and it starts by her losing her job.Regular folks are paying for her theft in NYS.Uhuru needs to stop protecting his side dishes